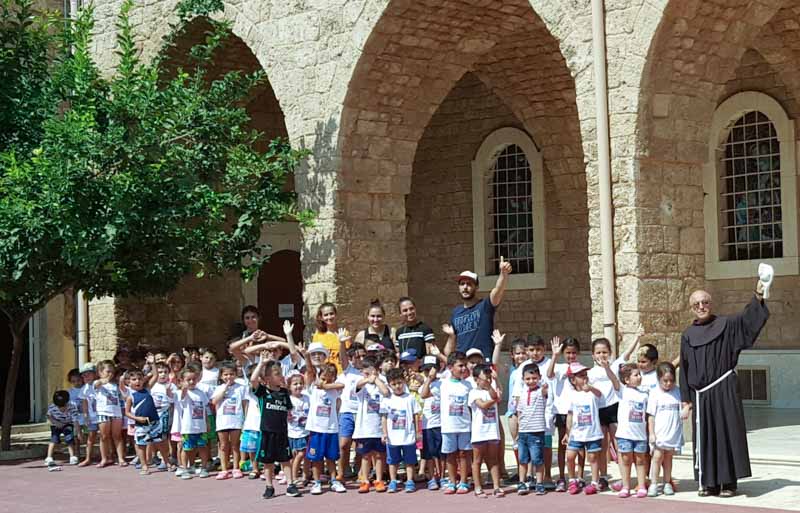 The 2019 KIDS Holy Land summer camp, organized by the friars of the Custody of
the Holy Land, at the Convent of St Francis of Assisi from 1 st July to 24 th August, has
taken on a particular meaning this year for the Franciscan Centre of the parish.

The celebration for the 800 th anniversary of the Pilgrimage of peace by St Francis in
the Holy Land was the central topic of the camp.

The logo of the Jubilee printed on the T shirts of the young participants’ uniforms
clearly shows its importance.

About one hundred and twenty boys and girls, aged between six and ten, looked
after by activity leaders and trainers, excellent and invaluable helpers of Father
Quirico Calella, the superior of the convent, greatly enjoyed themselves during their
stay in the Franciscan convent.

Entertainment and many activities were organized with creative imagination,
including a number of sports, such as judo, dance, swimming, basketball, volleyball
… and also artistic and practical workshops, on travel and many other games
designed for the young guests.

The friars of Tripoli El Mina 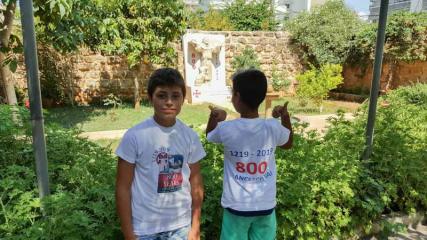 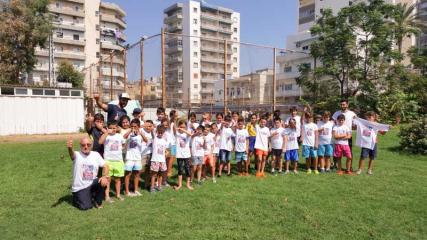 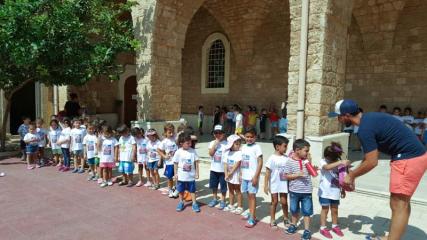 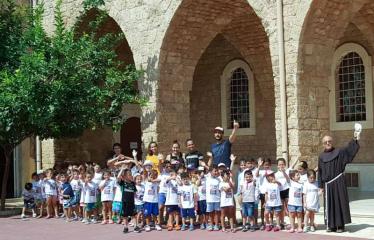 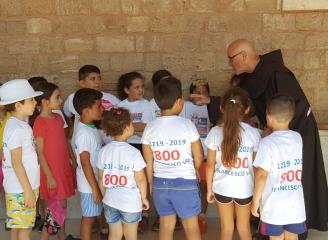 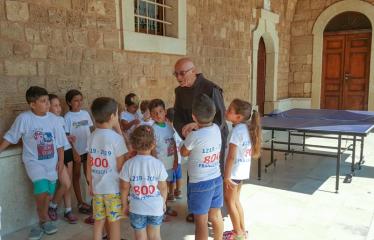