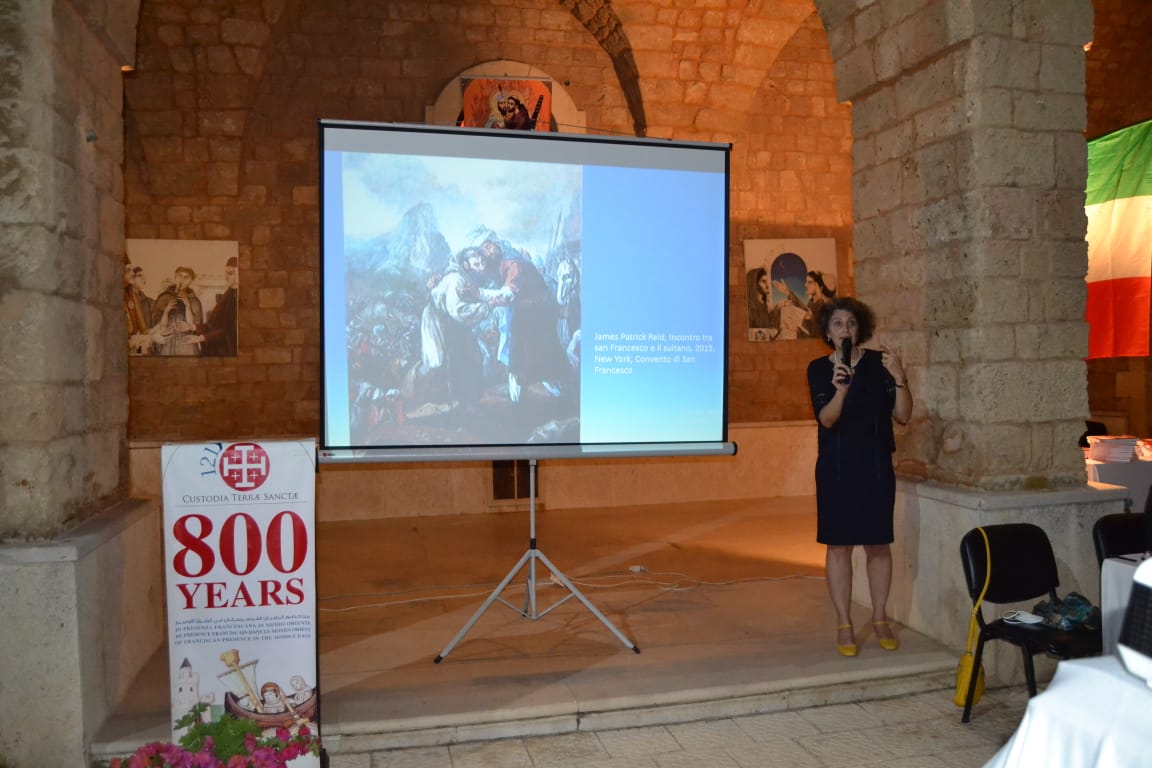 An extraordinary event was held on 27th October in the Franciscan convent of Tripoli.  We know from the Franciscan sources that St Francis, after the historic meeting in Damietta in 1219, returned to the land of Syria in March 1220, staying there for several months  and consolidating the convents founded by Father Elia da Cortona from 1217.

The event organized by the Custody of the Holy Land, the Italian Embassy and the Italian Institute for Culture, took place in the presence of the Ambassadress Nicoletta Bombardiere and the Consul Marco Di Sabatino. In addition to Father Quirico Calella, Superior of the convent, who gave a welcome address and explained the reason for this evening, the Ambassadress took the floor saying how, as an Umbrian, she could not use better words on the dialogue and work of the Franciscans in the Middle East.

Prof. Rosa Giorgi explained the various images printed in her book “Francis and the Sultan in art” with the simultaneous translation by Dr Teresa Francis, who also explained the many difficulties encountered during the work of translation. Lastly, Dr Asifa Hallab  gave her opinion on the book from a Muslim point of view. Between the different speakers, Father Khalil Rahme (in charge of the Conservatoire at NDU) and Muna Hallab (soprano) sang respectively “Signore fammi strumento della tua pace” and “Dolce sentire”.

At the end, Father Najib Ibrahim, on behalf of the Custos, offered  the commemorative medal of the 800th anniversary of the meeting between St Francis and the Sultan Malek el Kamel to Sheikh Feras Ballout, representing the Mufti of Tripoli, to the Mayor of Tripoli, Dr Riad Yamak and to the Chargé d’Affaires of the City Council of Mina, Mr Amer Haddad.

Afterwards, only the friars and the Franciscan Sisters of Adonis and Mongez went into the corridor of the convent, together with the Ambassadress, who lit the stained glass window  of St Francis, designed and pained by the artist Simonetta Montagna and produced by the Mondovetro glassworks of Diego Cozza and Mirco Magnabosco, to the singing of  “Salve Sancte Pater”.

The same programme took place in the convent of Beirut with a few changes on Wednesday 28th October. Here, Father Feras Lutfi presented the medals and some other gifts to the three speakers.

Telelumiere, which had already broadcast live a few weeks ago interviews with Father Quirico and with Dr Terese Francis, gave ample space to the event, as did various newspapers, both in print and online. 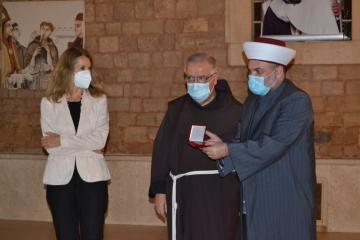 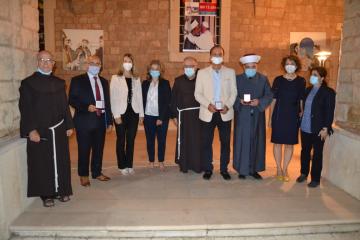 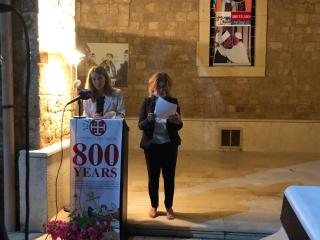 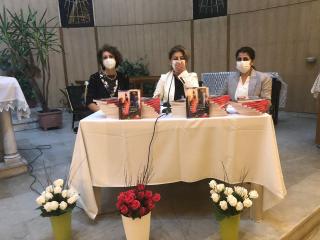 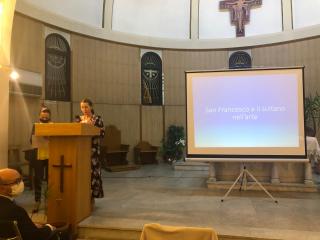 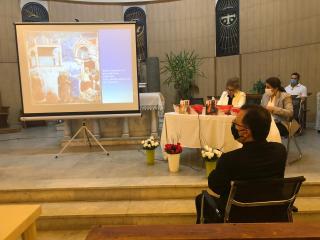 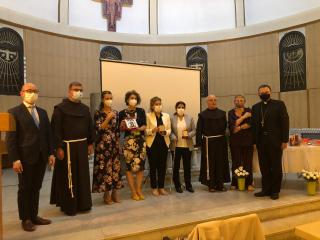 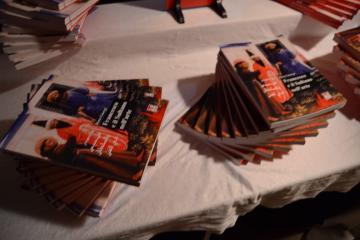 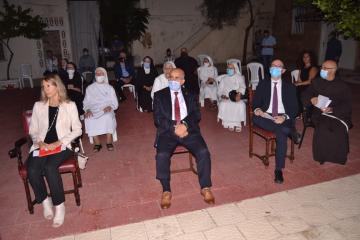 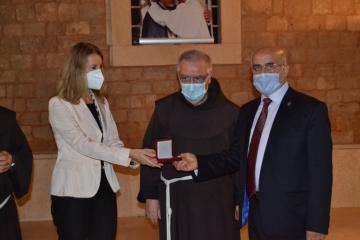