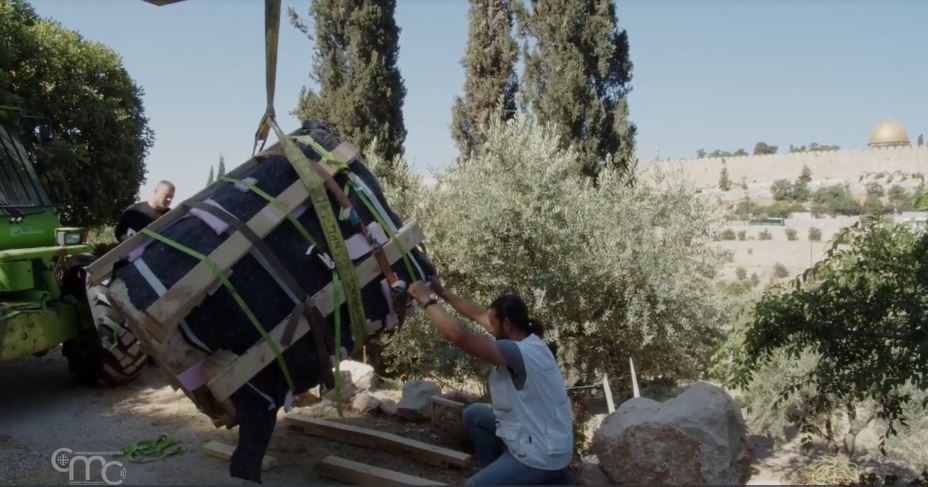 Some ancient columns and two capitals from the Holy Sepulcher, decommissioned in the major restoration of the 1970s-1980s, return to the Old City of Jerusalem after resting for more than 50 years inside the Franciscan Gethsemane complex.

The artifacts will be placed in a special room of the Terra Sancta Museum, dedicated to the Holy Sepulcher. The museum is located within the Franciscan complex of the Flagellation. The project is managed by the association "pro Terra Sancta."

SARA CIBIN
Project manager “pro Terra Sancta”
"Their new home will be the Museum, where we will have an appropriate space for their interpretation and presentation to the public. The columns tell a very interesting and varied story. It is very interesting for us to be able to display them to the public again, and through them tell the stages of the Holy Sepulcher and the centuries of devotion, of life, that have passed through those rooms."

To understand the origin and history of these artifacts we enter the Holy Sepulcher itself, guided by Br. Amedeo Ricco, archaeologist at the Studium Biblicum Franciscanum:

Br AMEDEO RICCO, ofm
Studium Biblicum Franciscanum
"When the three communities - Greek Orthodox, Armenian and Catholic -, agreed on a major restoration, from 1969, in architectural investigations these ancient elements were discovered within what appeared to be the pillars but in fact it was discovered that anciently there was an alternation of pillars, bases and columns. Removing the masonry brought out the ancient pieces, which were then removed because they were ruined by fire flames, history and earthquakes. There was not much stability in the structure, so to do the restoration they were removed."

Assumptions about the dating of these pieces are equally suggestive:

Br AMEDEO RICCO, ofm
Studium Biblicum Franciscanum
"The columns in their appearance seem to take us back to the time of the second century AD when at the site of Golgotha, Emperor Hadrian ordered pagan temples to be built. Most likely these architectural elements predate the time of Constantine, and are reused in the 4th century in the construction of the Anastasis."

The columns we see today are a faithful reproduction of those removed, carved to scale by Bethlehem artisans, using local stone.

The handling operation required a long preparation work, which started almost a year ago, to meet unprecedented challenges. First and foremost was that of the state of preservation of the finds. This was taken care of by a team of Italian restorers who have been working with "pro Terra Sancta" for some time.

PIETRO CORONAS
Kermes - Restorers without borders
"We are part of 'Restorers Without Borders,' an association that works to safeguard cultural heritage in countries that cannot afford restorers or where there is little presence. In this case, the biggest problem was the state of preservation of these columns: they have static problems and transportation in this condition was not advisable."

After consolidation, the challenge of transportation.

SARA CIBIN
Project manager “pro Terra Sancta”
"We had to look for a machine that would allow us both to ensure safety-that it had sufficient engine power-but also the agility and size to be able to move in this not-so-easy environment."

The columns were transported from Gethsemane to the Cedron Valley, then uphill to the Lion's Gate. From there, uphill again to the entrance of the Convent of the Flagellation, where the Terra Sancta Museum, the final site, is located.

SARA CIBIN
Project manager “pro Terra Sancta”
"Since the columns are inside the building they are being moved with electric trolleys. We had to prepare impressive structures there as well to ensure safe handling."

Piece by piece, the various artifacts find their locations, and are prepared for presentation to the public. And the fatigue and challenges of this work melt into a smile.

Corpus Christi: the irruption of eternal life into ourown