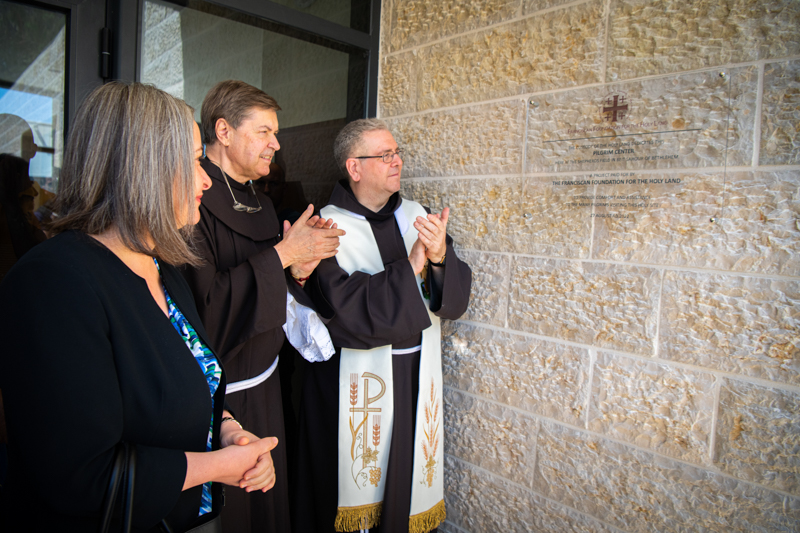 The project in Beit Sahour that includes new facilities for welcoming pilgrims and their prayers, is gradually taking shape. On Saturday 27 August, with the inauguration of the Pilgrim Center for visitors, a further step ahead was taken towards the completion of the works in this famous holy place, where the announcement to the shepherds of the news of the Saviour (Luke, 2-14) is remembered. On the same occasion, the foundations of the St Francis of Assisi and St Anthony of Padua chapel, also called the “Palestine Chapel,” were blessed.

The Custos of the Holy Land, Fr. Francesco Patton inaugurated the new facility, accompanied by the promoter of the project, Fr. Marcelo Ariel Cichinelli, the vicar of the Holy Land, Fr. Ibrahim Faltas, the President of the Franciscan Holy Land Foundation, Fr. Peter Vasko and the Local Superior of the Shepherds’ Field, Fr. José Maria Falo Espés. The ceremony was attended by the Minister of Tourism and Antiquities of the Palestinian National Authority, Ms Rula Maay'ah and a member of the Bethlehem family who financed the contrition of the Palestine Chapel, Mr. Nayef Gaby Mauge. The latter was present on behalf of his cousin, Mr Kamal Anton Issa Hazboun who, following in the wake of a family tradition dating back to the beginning of the last century,  gave his land the gift of a place of worship to be shared with his fellow Palestinian citizens and with the next generations of local and foreign worshippers.

Speaking prior to Mr Mauge, and to a public of authorities and enthusiastic citizens, the Custos of the Holy Land expressed his satisfaction for the development of the Shrine and for the importance that this represents for the Custody in welcoming pilgrims. Before the blessing of the locals, the Minister of Tourism then spoke, emphasizing the positive impact that this initiative is having and will have on the area, in terms pf employment and prospects for growth of religious tourism in Palestine.

After the blessing of the Pilgrim Center to welcome pilgrims which includes spaces for eating and drinking, it was then the turn of the blessing of the foundations of what is known as the Palestine Chapel, dedicated to St Francis of Assisi and St Anthony of Padua, generously donated by the Hazboun family of Bethlehem. Before the rite, coins of various mints, a cross. The Franciscan Rule, the speech written by the Custos and a sheet of paper with the signatures of all those resent were wrapped up and buried in a recess in the floor. The symbolic gesture was intended to represent a testimony for posteriority in the case of future archaeological excavations.

The extension and the updating of the site with new buildings and chapels have become necessary due to the difficulties in accommodating an increasingly larger number of faithful at the pre-existing reception facilities and those for the liturgical celebrations of the pilgrims, whose demand for spaces to enjoy major events, such as the holy Masses during the Christmas festivities, has proven to be increasingly urgent over the years. Recently, the Custody of the Holy Land decided to remodulate the surfaces in order to make the shrine more enjoyable for pilgrims and the local inhabitants, attracted by the idea of making a retreat to this place to live the moments of meditation and prayer more comfortably and to the full.

The project includes the redevelopment of the area of the convent of the Shepherds’ Field through the restoration of the archaeological area and the building, in several phases, of ten national chapels – five upper ones and five lower ones, a sacristy and an area of welcome and refreshments for pilgrims. 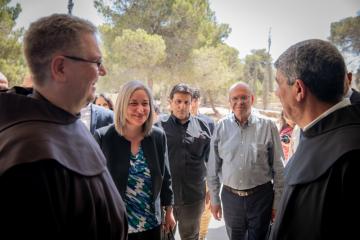 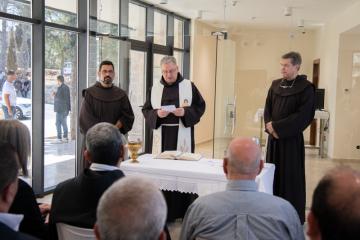 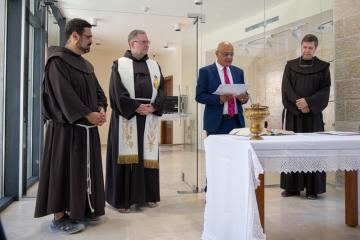 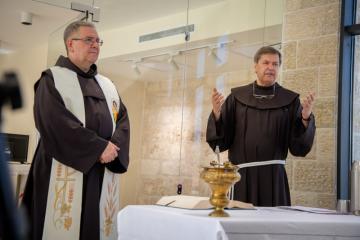 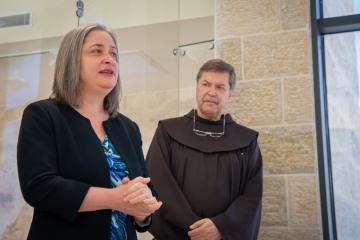 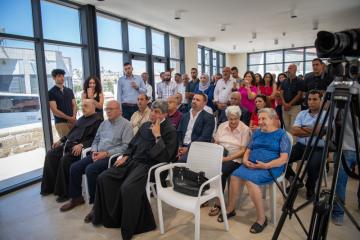 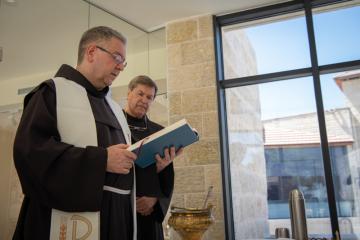 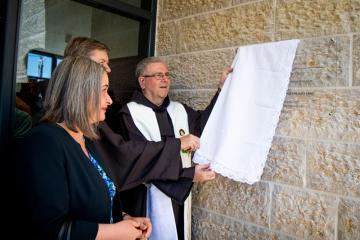 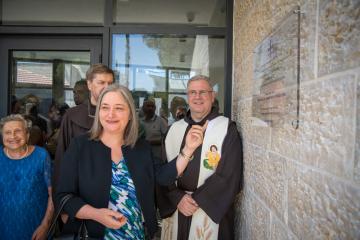 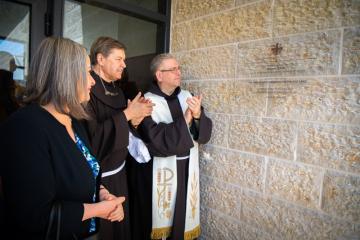 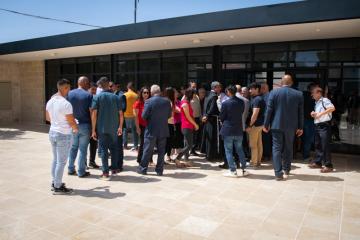 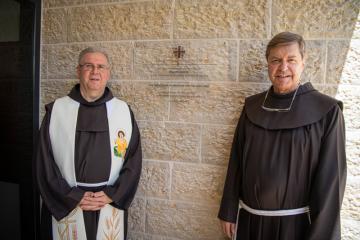 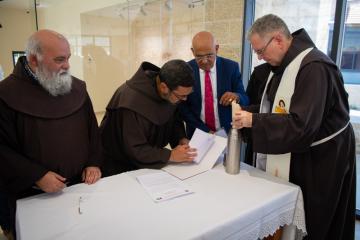 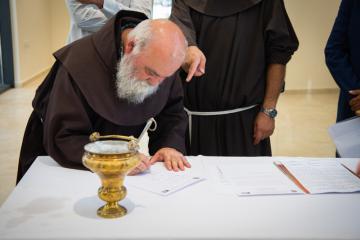 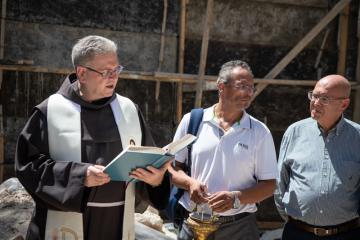 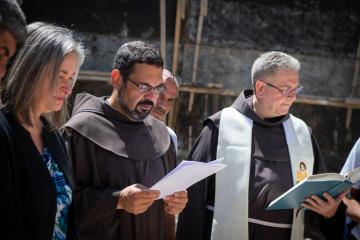 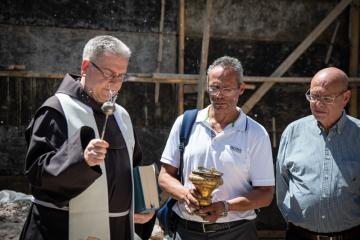 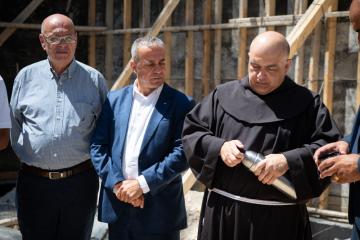 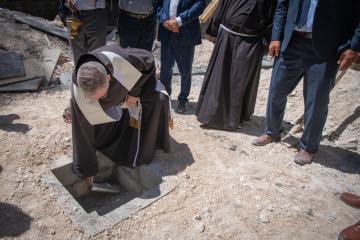 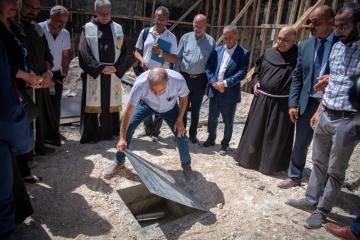 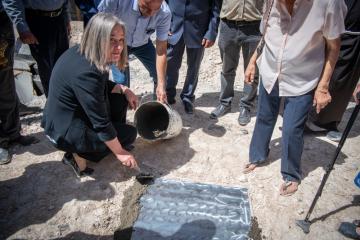 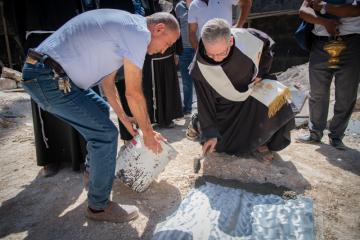 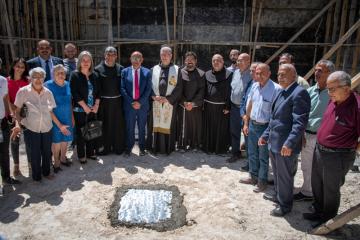 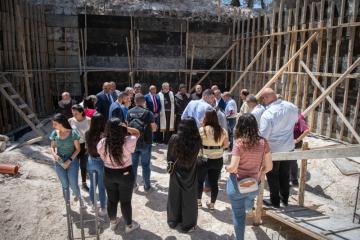 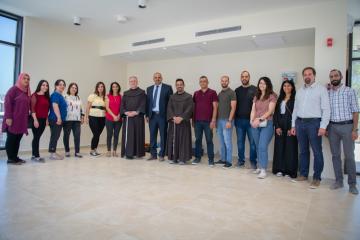