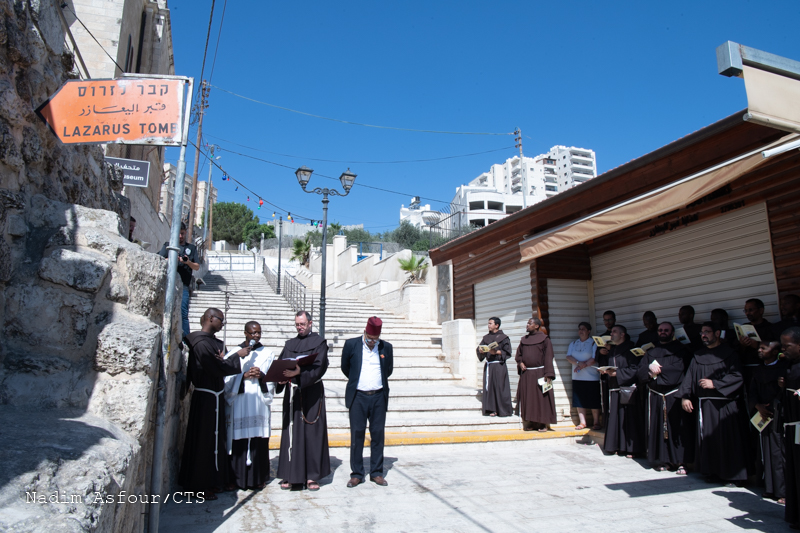 On Thursday 29 July, a group of Franciscan friars from the Custody of the Holy Land made the traditional pilgrimage to the Franciscan church in Bethany, the house where Jesus met his friends Lazarus, Martha, and Mary. This was followed by a visit to the place of the Ascension and to the  Pater Noster, today a Carmelite Monastery. The solemn mass was presided by Fr. Marcelo Ariel Cichinelli, guardian of St Saviour’s Convent in Jerusalem.

In his comment on the Gospel, the Superior of the Shrine, Fr. Michael Sarquah, first of all emphasized the first reading to outline the relationship of man with God. "We cannot neglect God,” Fr. Michael told the worshippers, "it is our duty to acknowledge him, respect him,  relate to him through prayer and perceive him as a person to speak to before and after doing actions."

He then continued, focusing his attention on the passage from the Gospel of the day (John 11, 19-27). "This episode, absent from the synoptic gospels, is given particular value by the evangelist John, who makes it a sign of Easter," continued Fr. Sarquah. "This seventh miracle, in the Gospel of John, represents the climax of the work of Jesus who, returning to Jerusalem, walks towards death. Jesus endangers his own life for a friend but, resuscitating him, preannounces and asserts his own future resurrection."

In conclusion, Fr. Michael spoke of friendship with Jesus, a “true friend” and a bond to be rediscovered in this exact place. "Today Jesus tells you that you are not dead, even though you are condemned to death, something of you is living,” he said. "Every part of you, even the parts you like least, are to be loved: Jesus does not love the tomb, he loves Lazarus; Jesus shows us that he also loves who you are inside and your poverty."

Before the final blessing, Fr. Marcelo dwelled on the importance of peregrinations. "Chronicles and the official permits from the local authorities tell us that in previous times as well the guardian of St Saviour and various friars used to go in pilgrimage to the different places, when pilgrims could not reach the Holy Land and there were not yet the Shrines that we can admire today.” According to Fr. Marcelo, the friars used to go to all those Christian places that had been replaced by mosques, or where they jealously defended the little archaeological evidence that showed there had been pilgrimages to the places that speak of the Lord. "Today we are called to do the same: keep the memory of the pilgrimages and keep the memory of the pilgrims, taking with us, on our peregrinations, all the people whose lives have been affected by these places and where they want to return soon.”

After the Celebration, the friars, the religious and the faithful went to the Tomb of Lazarus for the visit and reading of the Gospel (John 11, 1-45). Afterwards, to complete the traditional pilgrimage, the place of the Ascension was reached, once accessible on foot but currently blocked by the wall between Israel and Palestine. The reading of the passage of the Gospel on the Ascension (Mark 16, 15-20) was followed by the singing of the Te Deum. To conclude, as during the pilgrimage of Lent, the nearby church of the Pater Noster was reached, where the Gospel according to Matthew was read (6, 5-13). 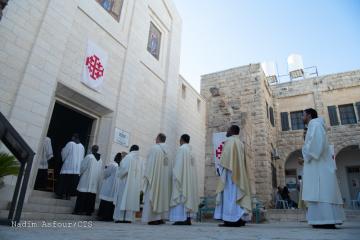 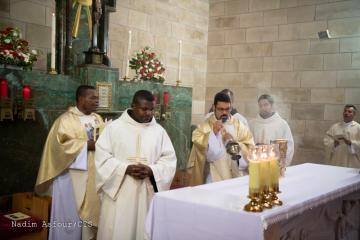 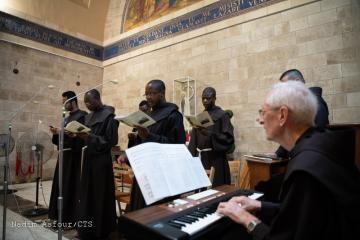 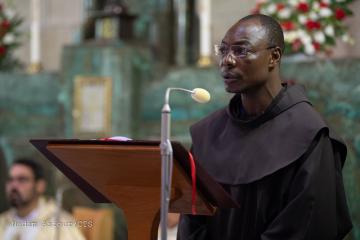 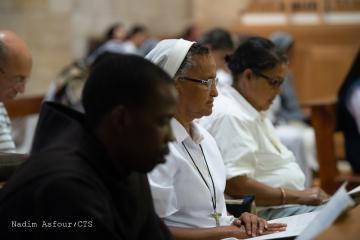 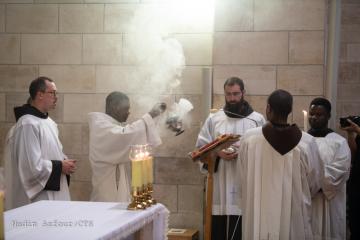 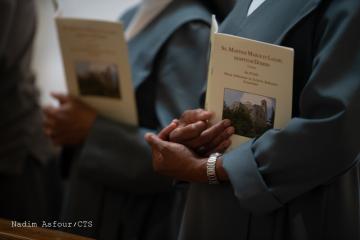 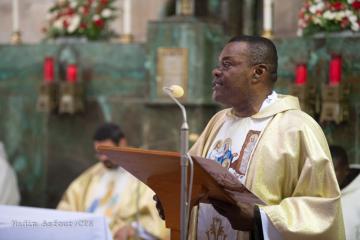 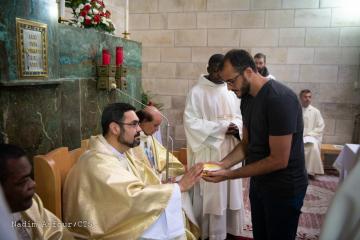 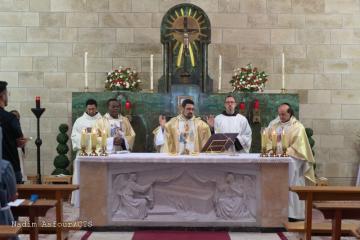 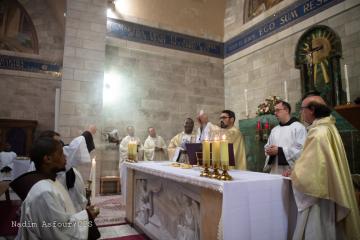 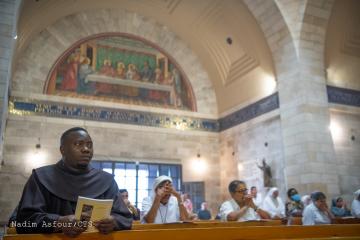 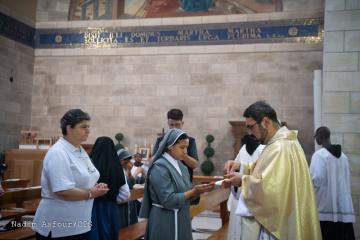 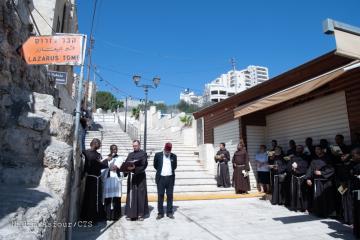 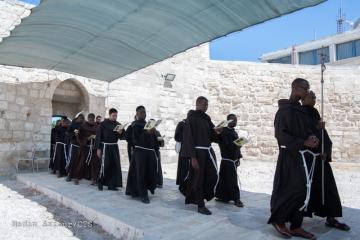 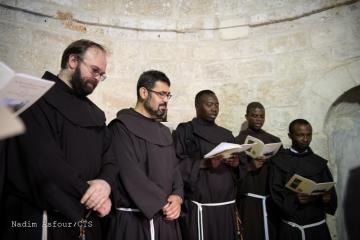 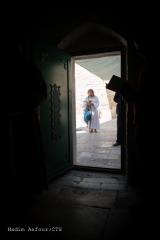 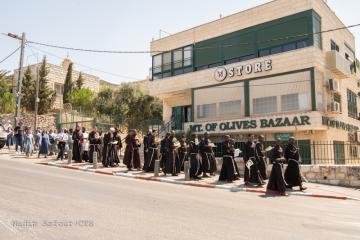 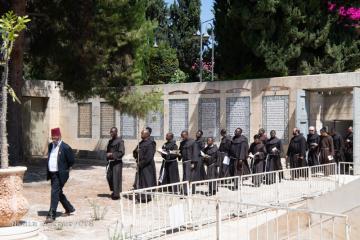 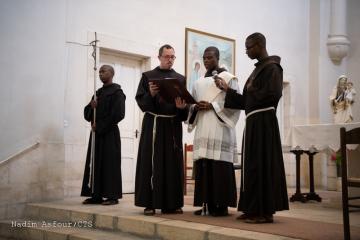 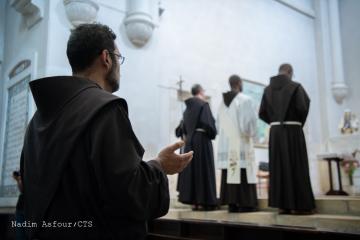 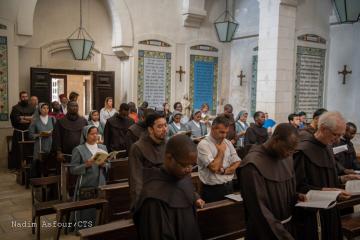 Bethany: “the fragrance of Easter”