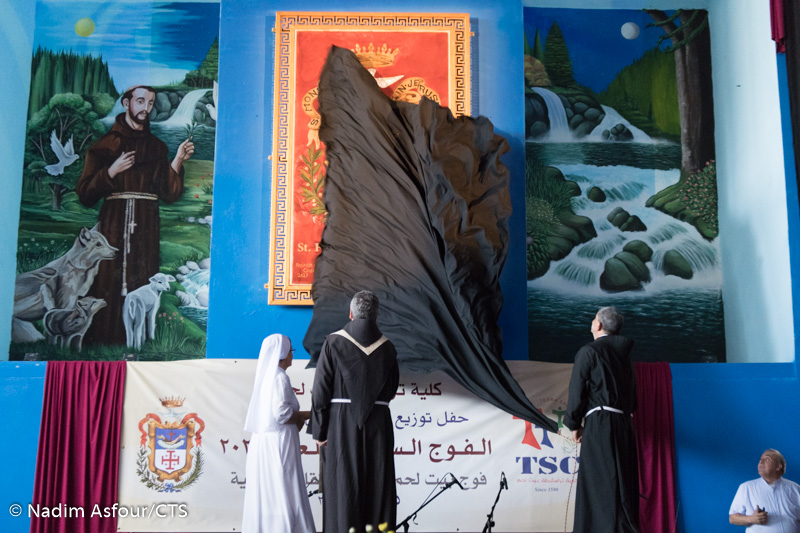 The idea of building a large indoor hall to host major events in Bethlehem dates back to 1997 and took shape in 1998, when it was inaugurated,  in the presence of the then Custos of the Holy Land Fr. Giovanni Battistelli and of the Palestinian President Yasser Arafat. Over the years, the hall seen thousands of pilgrims pass through it and it has been the venue of events of an international calibre, such as having been prepared in 2000 to welcome the Holy Father John Paul II in case of rain during his visit for the Jubilee. When the restoration began in 2021,  the objective was to secure the premises and enrich it with paintings and works of art to recall the history, the culture and the Christian message of Bethlehem.

The Custos of the Holy Land, Fr. Francesco Patton, blessed the hall and unveiled the works of art, while Fr. Ibrahim Faltas illustrated to the public the meaning of the new features introduced. On the ceiling of the hall, three biblical phrases of significant value have been engraved: one in Latin (“Gloria in Excelsis Deo...”), one in Greek  (“The Word became flesh…”, John 1, 14) and one in Arabic (“You are the salt of the earth…”, Matt 5, 13-16). Two walls are decorated with a painting with the coat of arms of the Custody of the Holy Land and a large star of Bethlehem in mother-of-pearl,  both created by the craftsmen of the Piccirillo Centre of Bethlehem under the supervision of the expert Najib Lama for the woodworking and resin and of Salim Atik for the mother-of-pearl. The hall has also been enriched by some paintings by the Palestinian artist Anton Auon (a former pupil of the school), portraying St Francis of Assisi, the Canticle of Creatures and the birth of Jesus. The right-hand wall of the hall, on the other hand, houses small artistic works by the children of the Terra Santa College.

One of the most important aspects concerns sport: the floor of the hall has been covered with synthetic grass and so it will be possible to play football matches in a professional field, recognized by FIFA. A specific area will be devoted to gymnastic activities, with the use of sports equipment.

“The “Saint Francis Millennium Hall” will be a multipurpose hall,” explained Fr. Ibrahim Faltas. “It is so large that it can host events with numerous participants and also be used for  the major celebrations in view of the jubilee in 2025. This hall is a gift for the children of Bethlehem. Today 82 boys and girls were awarded their diploma and it was a great day. It has to be remembered that this year Bethlehem is the capital of Arab culture, as well as being the capital of Christmas, The people of Bethlehem deserve this celebration.”

“I would like to congratulate all the students and al those who have worked so hard to prepare this hall,” commented the Custos of the Holy Land. “It is a very beautiful place where the students can do sport and cultural activities and it is important that there are places like these for our young people, where culture can be cultivated. This way the country can grow on solid stones.  In the paintings unveiled today we can see something typical of Bethlehem, the Nativity of Jesus and something  typical of the Custody of the Holy Land, St Francis and our coat of arms. The coat of arms of the Custody is the very symbol of our commitment to peace,  fraternity and the construction of a world where we can all recognize others as our brothers and sisters.” 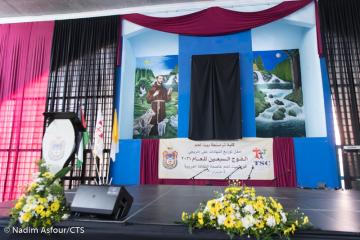 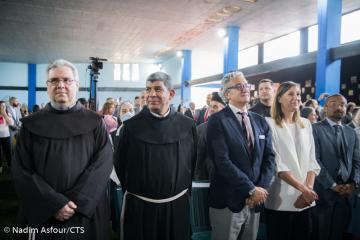 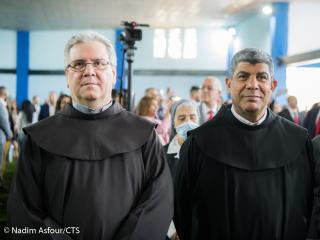 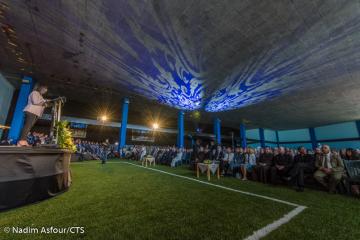 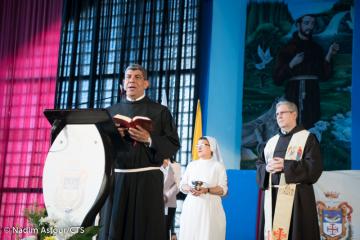 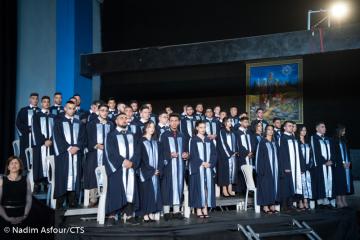 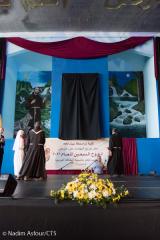 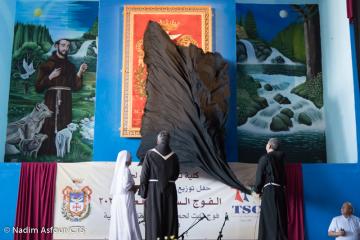 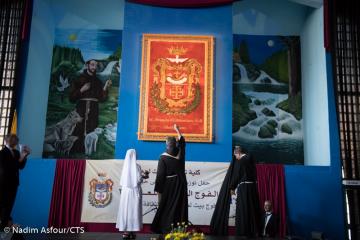 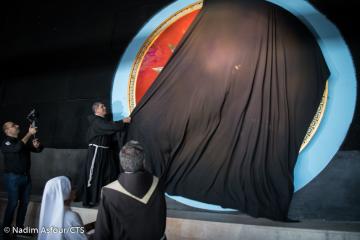 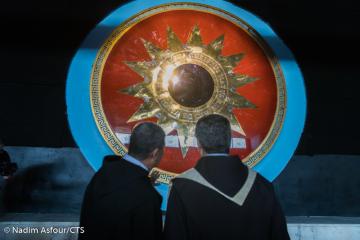 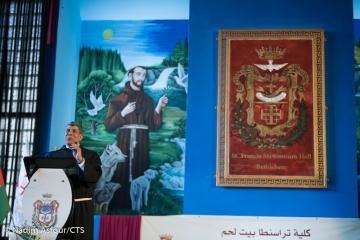 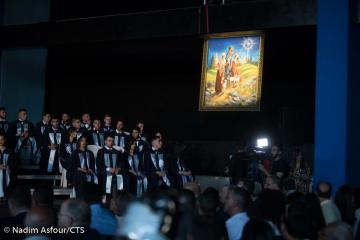