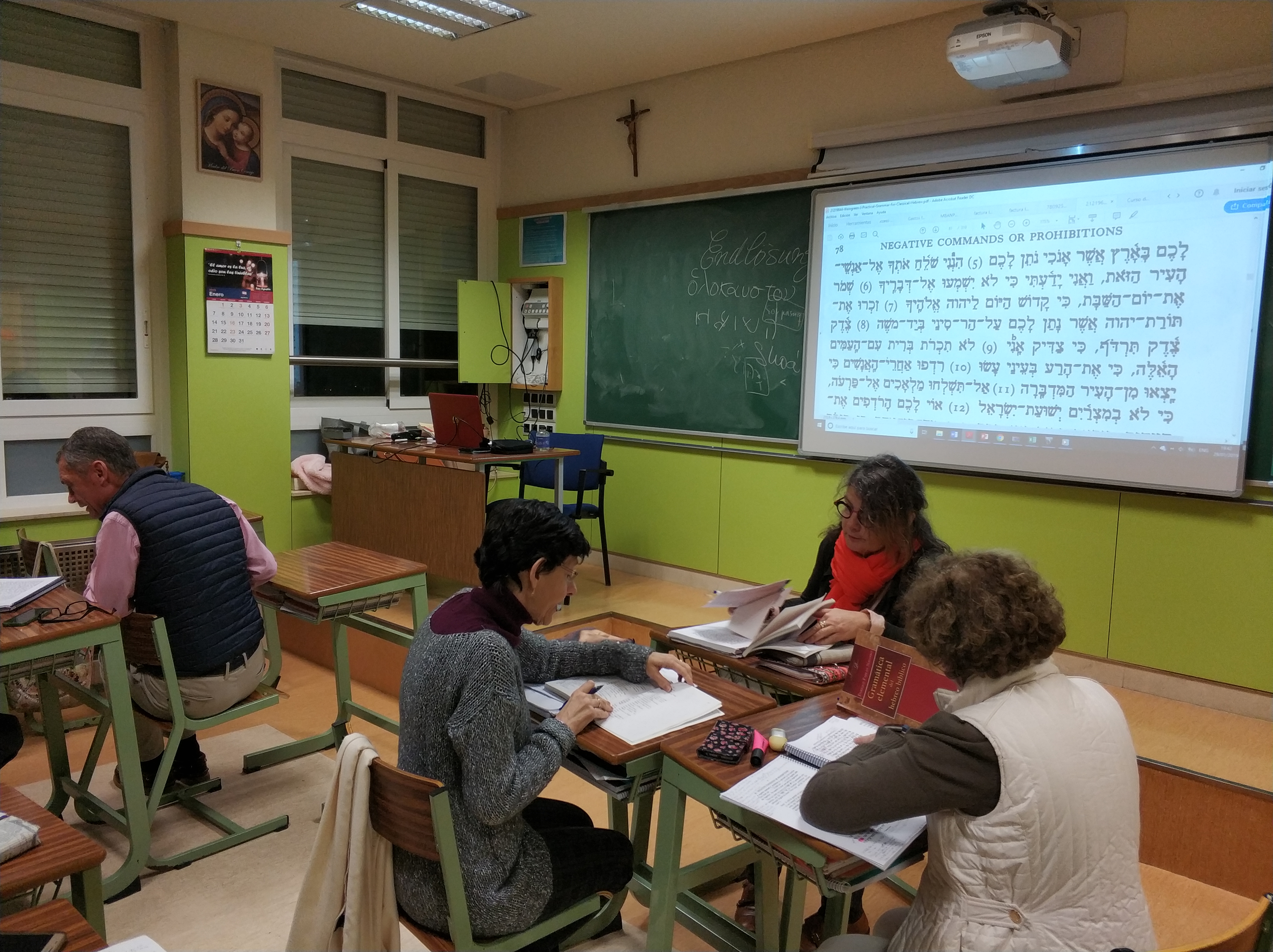 A Biblical Hebrew class at the Centro Tierra Santa in Madrid

When the Centro Tierra Santa in Madrid was opened on 12th May 1982, the then Custos of the Holy Land, Fr. Ignazio Mancini, had a very precise idea: to build a “bridge” with the Holy Land so that the work of the Franciscans in the Holy Land could be known in Spain. There has always been a close connection between Spain and the Holy Land,  and it is one of the countries that has most stood out (along with Italy, France and Belgium) for support to the friars of the Custody and for the generous donations of the Good Friday Collection.

To start the Centro Tierra Santa, three Franciscan friars were sent to live in a property of the Custody of the Holy Land in Madrid. They were Fr. Emilio Barcena, Fr. Manuel Crespo and Fr. Teodoro López who was Director of the Centre for over thirty years. From there they began to spread the work of the friars of the Custody with initiatives which also included organizing pilgrimages to the Holy Land and raising awareness on donations for the Good Friday Collection. In the meantime, the bi-monthly magazine Tierra Santa was published in Castilian by the Custody which spoke about archaeology, history, faith and culture from the Holy Land. The magazine started its history in 1921 in Jerusalem and this year is celebrating the centenary of its foundation. Until 2005, it was able to count on the contributions of several scholars from the Studium Biblicum Franciscanum, including a number of Spanish friars.

“In 2016 the Custos of the Holy Land, Fr. Francesco Patton, appointed me legal representative in Spain so I began my appointment in December 2016,” explains Fr. Aquilino Castillo Alvarez, who is also vocational animator of the Custody. “It was agreed that the Centre would become exclusively a body publicizing topics dear to the Custody and it would no longer organize pilgrimages or activities for the Good Friday Collection, which were duties of the Spanish Commissariats of the Holy Land”.

Today the Centro Tierra Santa represents the Custody of the Holy Land in Spain and “its main mission is to help the Holy Land,” as it says in the official site. The other aims of the Centre are to publicize what happens in the land of Jesus, through biblical, theological, historical and archaeological training and through the magazine Tierra Santa.

In the meantime, the Centre has changed address and, as well as the offices, also has a lecture hall with a capacity of about ninety people. Lectures and lessons on the Holy Land and on Syria, as well as book presentations, such as the new guide of the Holy Land written by the Spanish Commissariat, are held there.

“We have also been offering courses at different levels for three years now, agreed with the Pontifical University of Salamanca,” Fr. Aquilino continues. “The languages taught include Biblical Hebrew, Biblical Greek and Syriac and we intend to offer Arabic as well. For me it is significant that we have been able to count on such a prestigious and age-old collaboration.”

Another important step was taken in April 2017, when Inmaculada Rodríguez Torné, a trilingual holder of a Ph. D in philology, a Biblical scholar, theologian and lover of the Holy Land, was asked to become Editor of the magazine. “In the years from 2017 to 2021, we have developed the magazine Tierra Santa, going from about 1200 subscriptions to nearly 6000 in Spain and over 2000 in Mexico and Argentina. The new editor has also worked very hard on the social media, on Instagram, Twitter and Facebook”, explained Fr. Aquilino, the legal representative of the Custody in Spain.

Good relations with the local media also contribute to circulating news about the Holy Land and its spirituality. Every Tuesday the editor of the magazine is on the air on Radio Maria in the programme “Tiempo de cuidar” and every two months in the programme "Oh Jerusalem!", to present the new issue of the Magazine to listeners and to comment on the news from the Holy Land. There is also an active collaboration with TVE1, the national Spanish television and with other television channels. The results of these activities can be seen, according to Fr. Aquilino, because the number of people who look for information on the Centro Tierra Santa, on the Holy Places and on the charity and activities in support of the Christians in the Middle East continues to increase .“For this purpose, the new by-laws of the Centre are about to be approved,” concludes the friar, so that Spain can continue in its tireless work of support for the Holy Land. 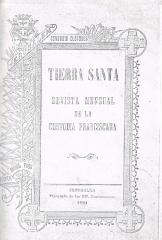 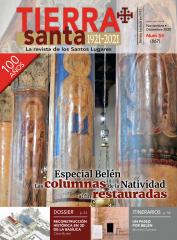 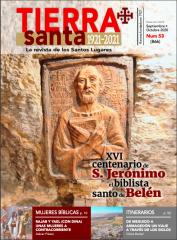 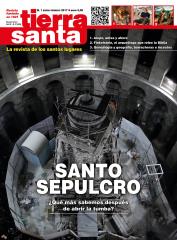 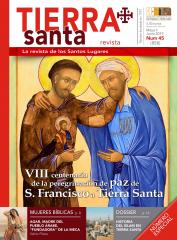 Our Lady of the Pillar, a feast-day in honour of Spain