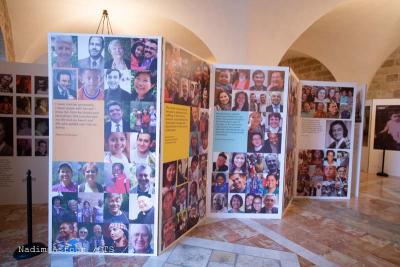 The wish to bring Chiara Lubich’s message to the Holy Land and to discuss her charisma is at the origin of the exhibition “Chiara Lubich City World,” inaugurated on Saturday 29th February in the hall of the Custodial Curia of St Saviour’s convent in Jerusalem. Curated by the Chiara Lubich Centre in collaboration with the Fondazione Museo Storico of Trentino (Italy), the exhibition goes over the significant moments in the life and work of the founder of the Movimento dei Focolari, one hundred years after her birth. Her tireless commitment to unity as a religious, social and political project was recognized by awards from multiple international institutions and non-governmental organizations.

The Apostolic Nuncio in Israel and Cyprus and the Apostolic Delegate in Jerusalem and Palestine, Mons Leopoldi Girelli, and the delegates of the Movimento dei Focolari for the Middle East attended the inauguration, together with representatives of the Custody of the Holy Land and the Greek Orthodox Patriarchate of Jerusalem.  “We have recently celebrated the 800th anniversary of the Franciscan presence in the Holy Land and we always want to be at the service of the Catholic Church. This is why we are delighted to welcome you here today,” said Fr. Stéphane Milovitch, in charge of the Cultural Heritage of the Custody. “I can see that you have a fertile presence in many ways in the Church of Jerusalem and I hope that you too can celebrate an eighth centenary as we have”. Broadcast in streaming with  simultaneous translation in Arabic and English, the speeches of all those who were unable to take part physically, due to the travel restrictions caused by the recent health measures, were projected at the opening address.

The reason for deciding to bring the exhibition to Jerusalem was to make Chiara Lubich and her story known, but also to bear witness to her relationship with the Holy City of Jerusalem. Chiara visited the Holy Land only once, but it was a trip that marked her life deeply, as shown by her writings. “One section of the exhibition is dedicated to her visit to the Holy Land,” said Giuliano Ruzzier, curator of the exhibition. “It is a fine documentary of the journey that Chiara made in 1956. You will see only the past, but the present and also the future.” The exhibition closes with the presentation of the international centre for unity and peace, a major project that was strongly desired by Chiara. “The original exhibition was held in Trento (Italy), the city where Chiara Lubich was born and is called, as you know, Chiara Lubich city world,” explained Anna Maria Rossi, curator of the exhibition. From the very beginning we wanted to think of a project that was not only limited to the city of Trento, but that extended, as in Chiara’s life, to all the borders of the earth, including the five continents.”

“We are certain that your actions will have great value for our region and for the whole of Italy, but also for all those places in the world where Chiara sent her message,” the President of the Autonomous Province of Trento, Maurizio Fugatti, said in a video message. The Custos of the Holy Land, Fr. Francesco Patton, also sent his video message of thanks and in memory of Chiara Lubich.
The Apostolic Nuncio cut the ribbon opening the exhibition, “What does cutting a ribbon mean? It means entering the memory, which makes Chiara’s message a living one,” said Mons. Girelli. “Here in Jerusalem we could invert the title of the exhibition and call it: Chiara Lubich, world city, because this exhibition has reached the city par excellence, the Holy City, the city of unity, of brotherhood and of dialogue between religions and between people, from the world.”

The exhibition will be open to visitors for two weeks, free of charge, and will end with a celebratory evening on Saturday 14th March 2020, from 5.30 p.m. to 7.00 p.m. (local time) in the Sala dell’Immacolata. A number of speakers will study aspects of the figure of Chiara Lubich and of her spirituality, with particular attention to the ecumenical  path between the Christian churches, 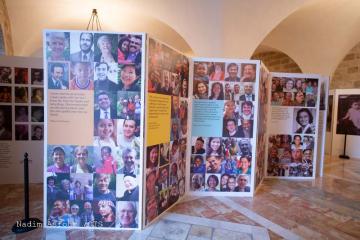 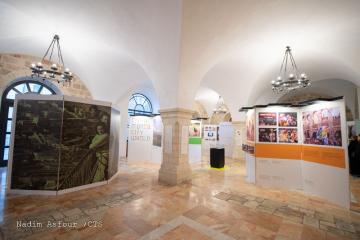 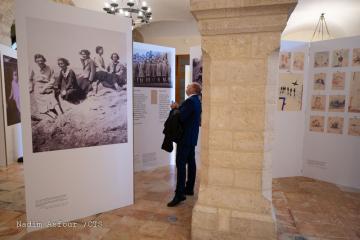 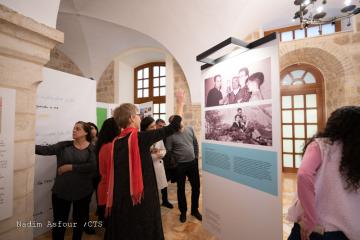 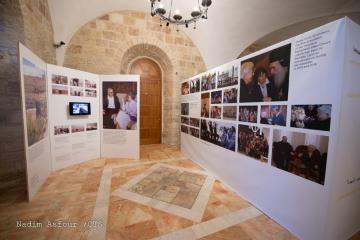 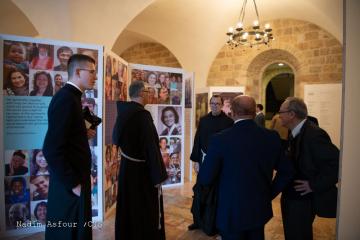 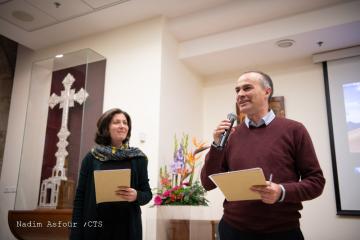 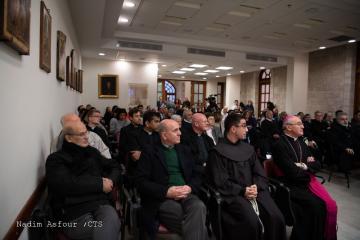 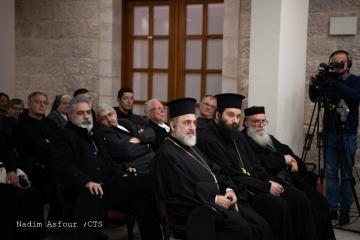 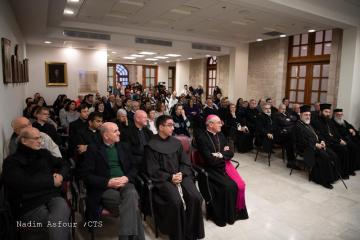 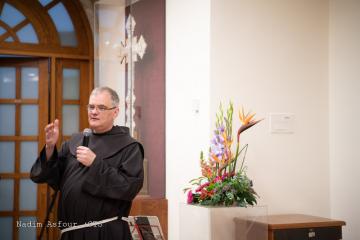 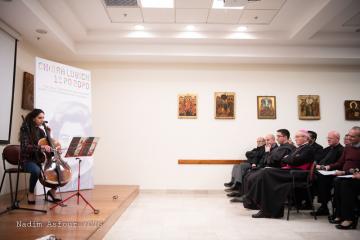 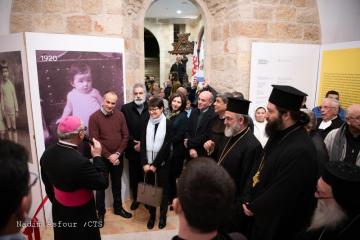 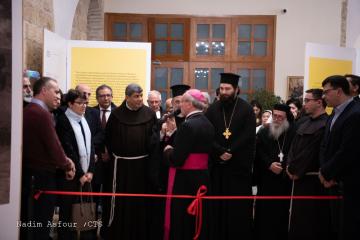 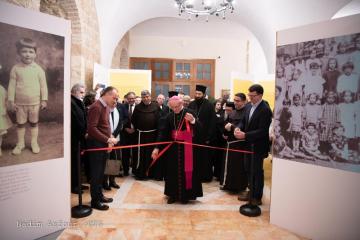 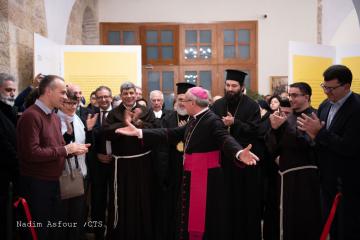 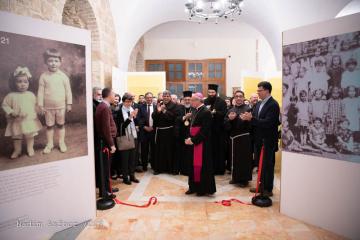 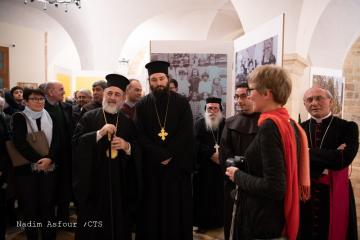 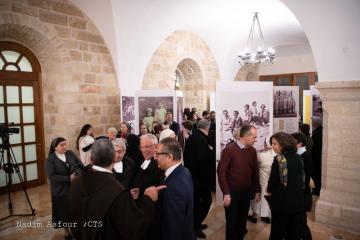