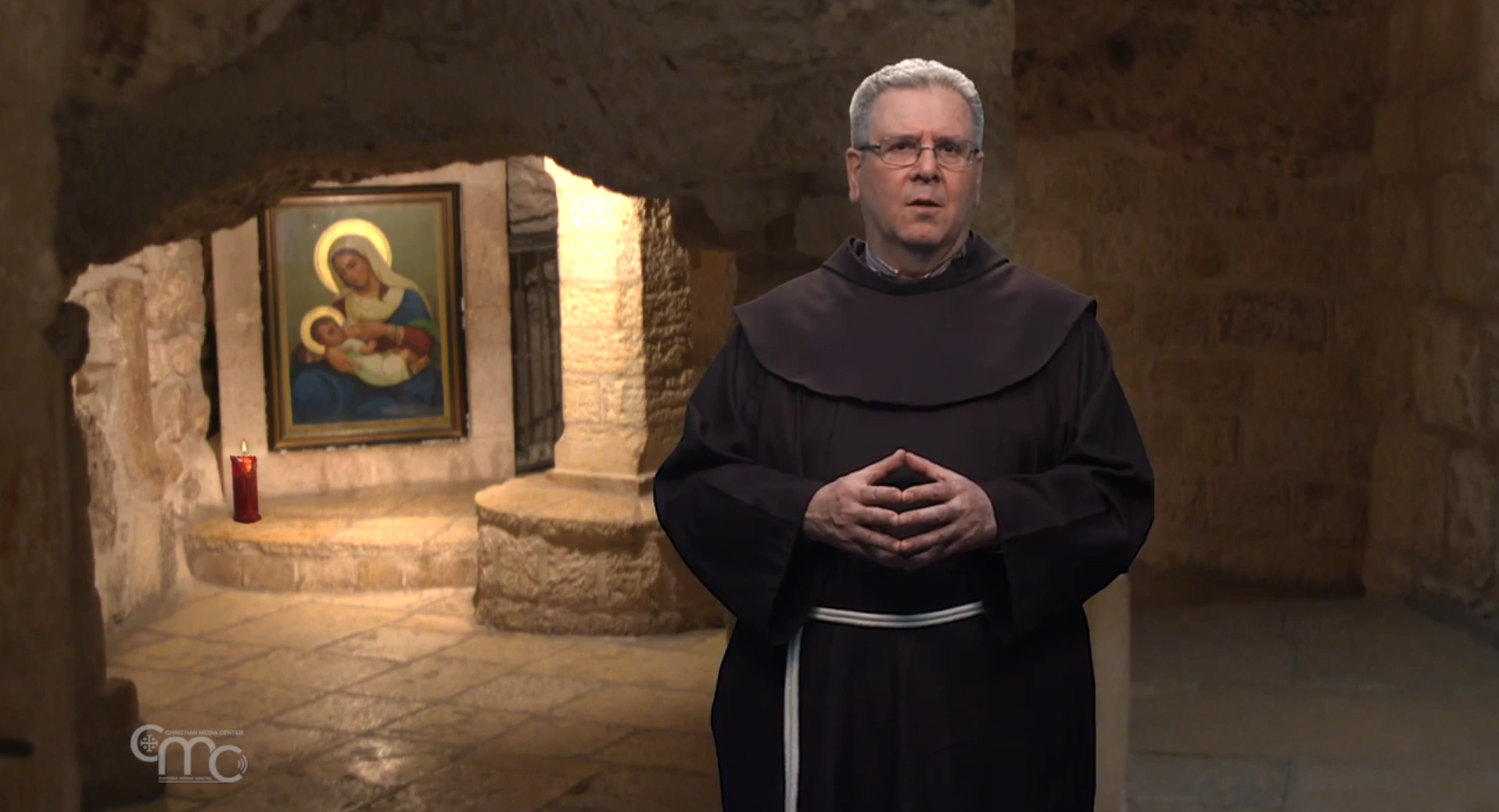 For the second consecutive year, here in Bethlehem, families are suffering the serious economic consequences of the Covid 19 pandemic. They are families in which the parents just like Saint Joseph and Mary his wife try to do everything possible to take care of their children in a historical moment of serious difficulty.
For this year's Christmas message, I would like to take you to the Milk Grotto Sanctuary, which is about a hundred meters from the Grotto of the Nativity.

It is a very beautiful and very significant sanctuary, which reminds us that Christmas is not only poetry, but it is also drama. In the decisive moment of history, in which the Son of God became man to share our life and save us, He met the hostility and rejection of an infanticidal King like Herod, thirsty for power and fearful of losing it.
Already in Bethlehem, even from the very moment He was born, Jesus encountered that hostility and that rejection which in Jerusalem, some thirty years later, would lead Him to be condemned to death on the Cross.
The Milk Grotto reminds us that in the middle of the night Joseph is forced to get up, take the baby Jesus and His mother Mary with Him and flee to Egypt. The Milk Grotto also reminds us of the tender and maternal gesture with which Mary, during a short pause, breastfeeds the baby Jesus.
Mary's tender gesture reminds us of the concreteness of the mystery of the Incarnation. The Son of God in becoming flesh chose to share our human nature in everything.

The tenderness of Mary who holds the Holy Child in her arms and breastfeeds Him is the same with which many years later, she will again take in her arms that same Child tortured, killed and taken down from a Cross.
In this place, Christmas already allows us to feel the mystery of Easter.
Here it is also natural to think of the many families in difficulty today in various countries of the world; to the many families forced to flee their homes, their country and their homeland because they are persecuted by political regimes that reincarnate the mentality of Herod or because increasingly frequent economic and environmental disasters force them to leave everything and emigrate.
In this place it falls on us to entrust all these families to the Holy Family of Jesus, Joseph and Mary but it also falls on us to ask that the other families, those who are well, those who do not have to flee, that they may know how have an open heart.

The Massacre of the Innocents ordered by Herod remembered in Bethlehem