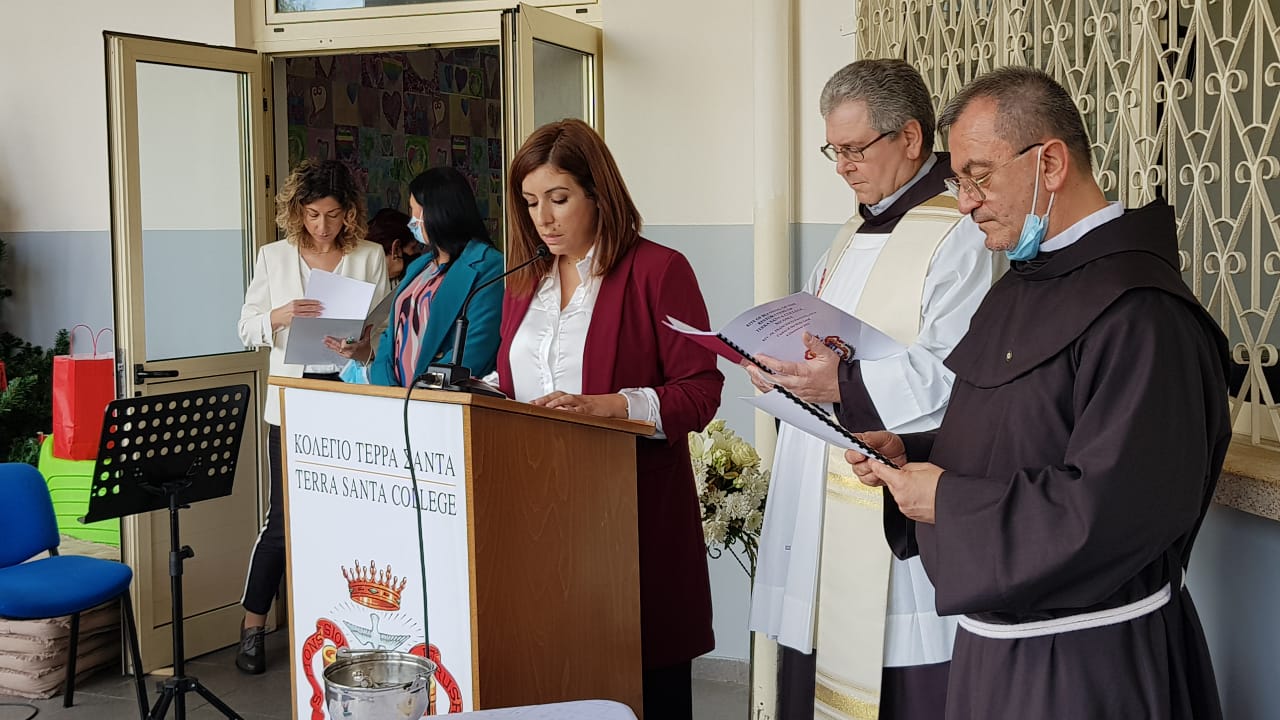 It is a time of changes in the oldest school in Cyprus, the Terra Sancta School in Nicosia: some parts have been renovated and other old rooms have been readapted to obtain new classrooms for the pupils. The new spaces were blessed by the Custos of the Holy Land, Fr. Francesco Patton, during a short liturgy on the morning of Wednesday 8 December. Assembled in the courtyard, the pupils started with the traditional parade and the school anthem and then the primary school children sang some musical pieces. After the blessing by the Custos, special gifts from the Holy Land were given out to pupils: small olive-wood crosses, made of wood  from the Land of Jesus.

Since 1646 the Terra Sancta School in Nicosia has been one of the most highly appreciated schools in the Cypriot capital and is characterized by the multiculturalism of its pupils.

In 1913, the school was enlarged, offering pupils the chance to attend secondary school as well as the primary school.

In the past the school was in premises near the convent and the parish of the Holy Cross, which is today an area on the border with the part occupied by Turkey.

Following the increase in the number of pupils, in the 1950s, a new school was built in another part of the city which, with the Turkish occupation and the destruction of the first school, was the only one still standing until the present.

Today the pupils are aged between 2 and 18 and can complete the whole of their education there, from nursery school to secondary school.

“Ours is a multicultural school, with people coming from different parts of the world: Italians, English, Filipinos, Greeks, Romanians and Bulgarians. The children also come from mixed marriages in terms of nationality and in terms of cultures and reIigion,” said Fotini Omiru, of the administrative staff, describing the context of the school.

Efforts are also made to try and respect the roots of each child, with the presence of Greek Orthodox, Latin and Maronite priests for the catechism. Fotini has worked at the school for about three years and is one of the over hundred employees of the Terra Sancta School in Nicosia.

Several activities are proposed for the children and youngsters, according to their age, to deal with topics such as solidarity and ecology.

Fr. Zacheusz  Dulniok, deputy parish priest of the church of the Holy Cross and Head of the Terra Sancta School of Nicosia, told us how for the Franciscans it is also important not to neglect the aspect of the spiritual health of the pupils. For this reason, there are community moments of prayer every Christmas and every Easter.

At primary school, the children have one full-time teacher and then others for English, music and drama.

At nine, they start learning Italian to be able to speak it fluently and then possibly have the chance to attend university in Italy.

The current projects at the school also include the creation of a large library and the opening of a pre-nursery school section.

Excited for the week that just has concluded with the Pope’s visit, 160 pupils from the school took part in the mass at the stadium and the event will also leave a mark in the lives on the pupils for a much longer time yet.

“I have been at the service of the Custody for 26 years and I have been in Cyprus for 21 years,“ explained Fr.  Zacheusz. “Next year, I will have been head teacher of the school for eight years. It I a very difficult apostolate because you have to speak to children in their own language. From an atheist and secularized world, we have to take them to the Lord, even though in this Catholic school the majority are Greek Orthodox. We have an open relationship with them.” 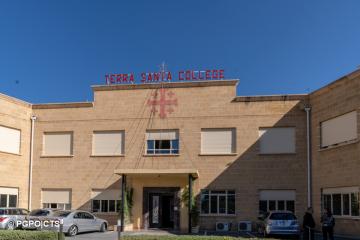 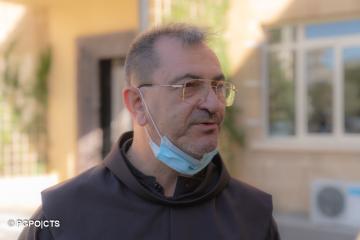 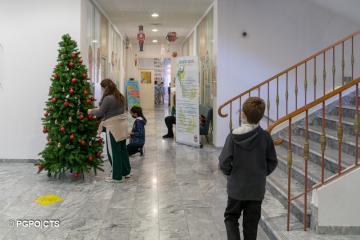 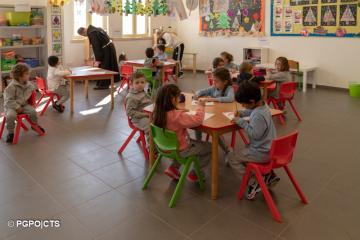 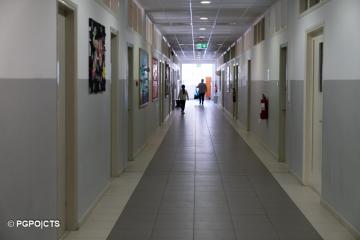 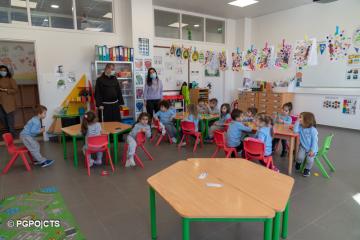 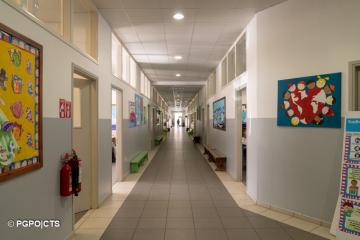 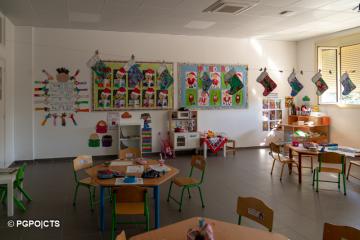 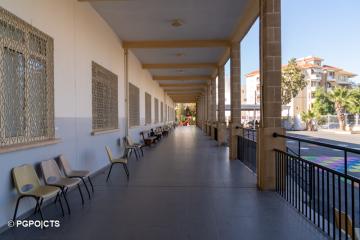 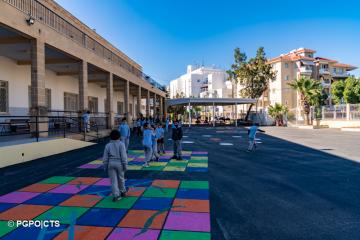 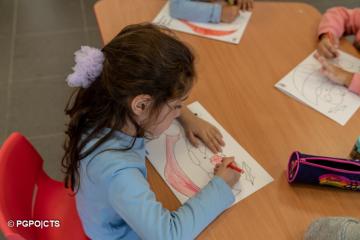 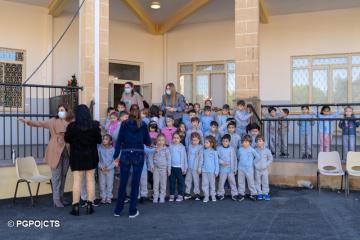 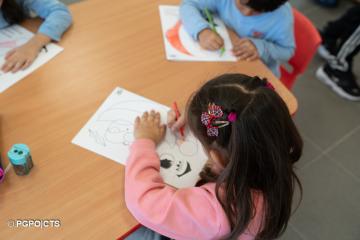 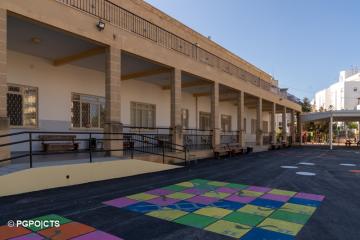 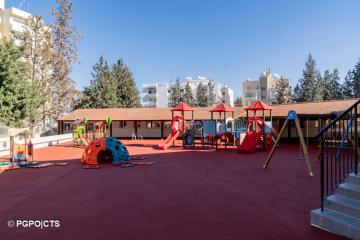 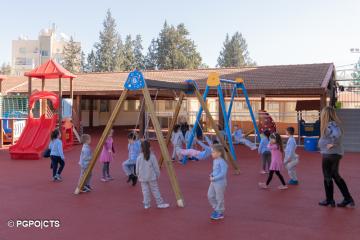 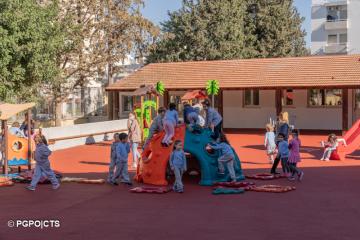 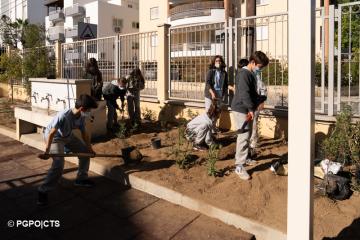 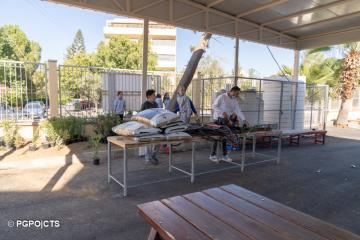 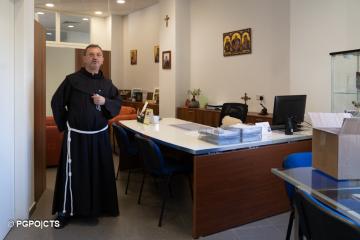 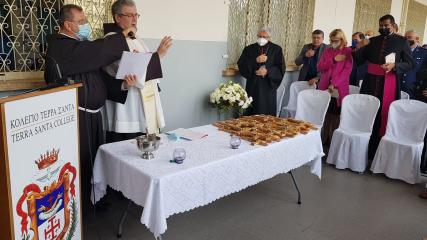 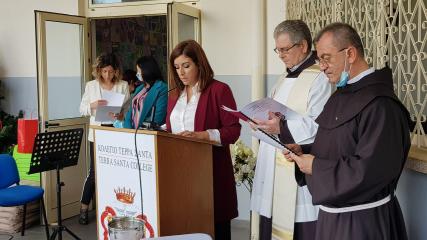 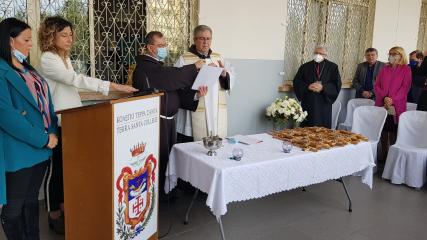 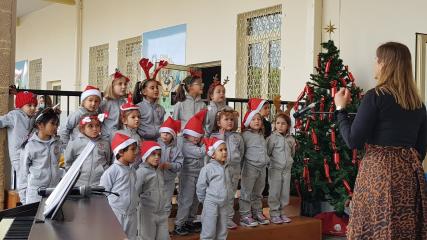 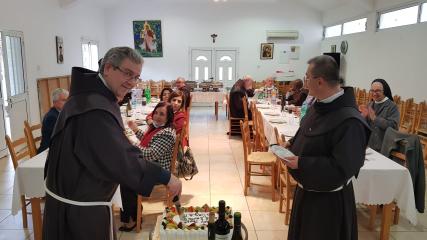