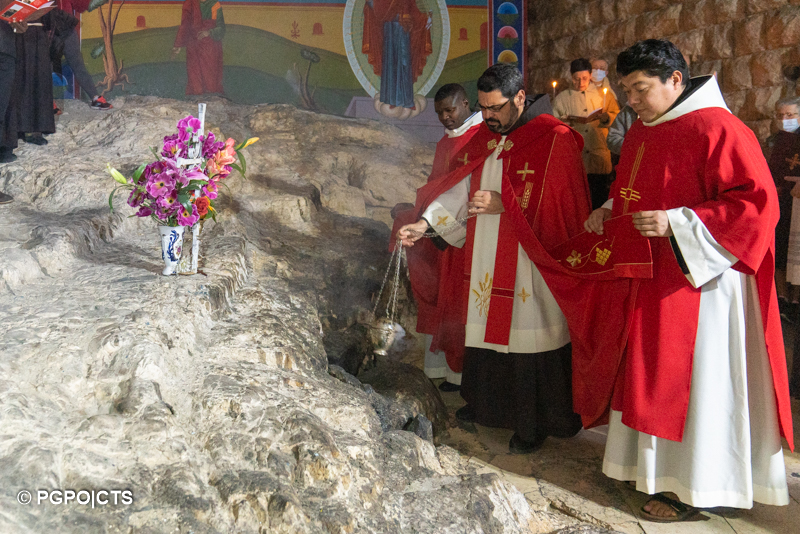 The radicalism of the love of God that the Church celebrated at Christmas, contemplating the mystery of the Incarnation of the Verb, appears today with the total gift up to the profusion of the blood of the Protomartyr, Stephen.
In the violent contrast between life and death, between the Christmas of Jesus and the martyrdom of Stephen, love emerges victorious: the love of God who gives himself to man, becoming a child to save him; the love of the disciple who imitates his Lord in everything, in the supreme sacrifice of life and in the prayer for his assassins.

Sunday 26 December was also an intense day of celebrations in the Holy Land: it began with the celebration of the Holy Family in Nazareth, it continued with the liturgy of the Vespers in the place of the martyrdom of St Stephen,  in Jerusalem, on the day when the Catholic Church remembers him.

The first celebration was presided by the Custos of the Holy Land, Fr. Francesco Patton, at the Upper Church of the Basilica of the Annunciation. The Custos, already in Nazareth since the start f the Christmas celebrations, introduced the parish celebration in Arabic, speaking about the Holy Family. “Today we celebrate the feast of the Holy Family, in the Gospel we read that the son of God wanted to grow up in a family and so he consecrated the family as the first way the God met humanity, Fr. Patton said.

“This episode in the Gospel relates the most authentic and deepest vocation of the family: to accompany  each of its members towards the discovery of God and his plans for their life.  From his parents, Jesus learns that first of all the will of the Father must be done.”

In the afternoon, the celebration of the vespers of St Stephen in Jerusalem were presided by Fr. Marcelo Ariel Cichinelli, guardian of  St Saviour’s convent and a discreet of the Holy Land.

According to the account of medieval pilgrims, it was outside “St Stephen’s Gate” (today better known as the “Lions’ Gate”) that the stoning of St Stephen was commemorated, on the remains in stone of the steps that led to the Temple. In the same place we find at present a small chapel named after St Stephen and in the custody of the Greek Orthodox. It was built in 1967 and stands just a few yards from the Basilica of the Nations, the Franciscan shrine of Gethsemane, at the foot of Mount of Olives. Three scenes dedicated to the life of St Stephen are painted on the walls of the chapel: the consecration of the seven deacons with the laying of the hands (Acts 6, 1-6), the stoning and the self-defence of the Saint  (Acts 7), the discovery of his relics in 415.

The homily of Vespers was given by the deacon Fr. Jesus Manuel Silván Garcia. “Where are we immersed? Are we looking for His gaze? Are we thirsty for Him? Hunger for His word and thirst for His Spirit?” said the deacon in his comment on the readings. “We have to feed on listening and reflecting on the word of God because it is from there that the mission, charity, the extreme gift of the self, is born; sacrificing one’s own land to bear witness that Christ is not a concept but is Love. This way we will be able to understand that celebrating Christmas cannot remain only in wishes, but is a mystery that invites us to meditate and give a sincere answer to the call.”

At the end of the prayer, Fr. Benito José Choque, superior of the Gethsemane convent reminded and invited everyone to continue praying for the victims of the pandemic and for the return of the pilgrims to the Holy Land. 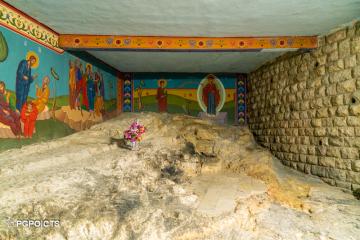 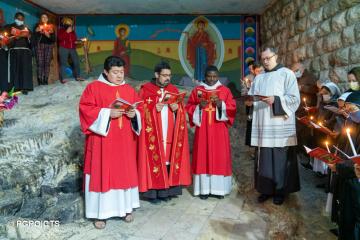 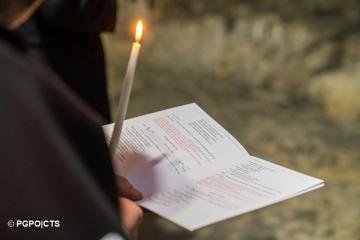 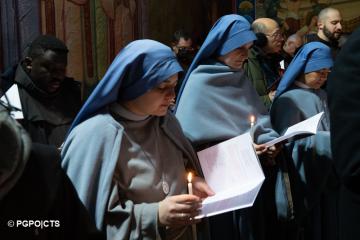 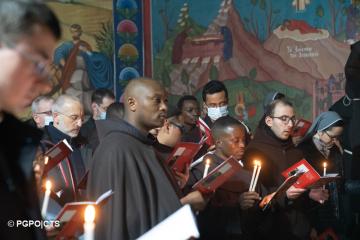 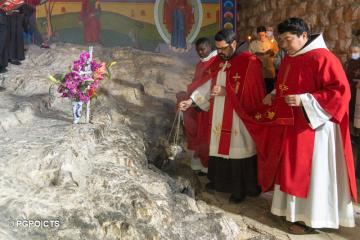 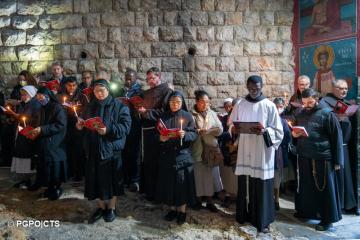 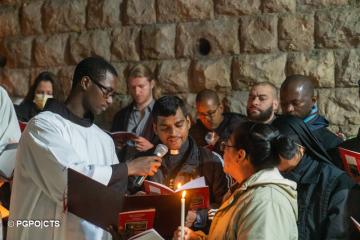 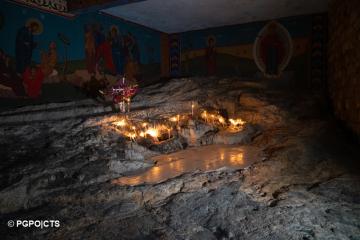 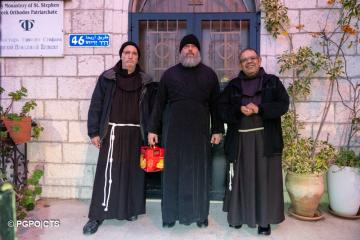