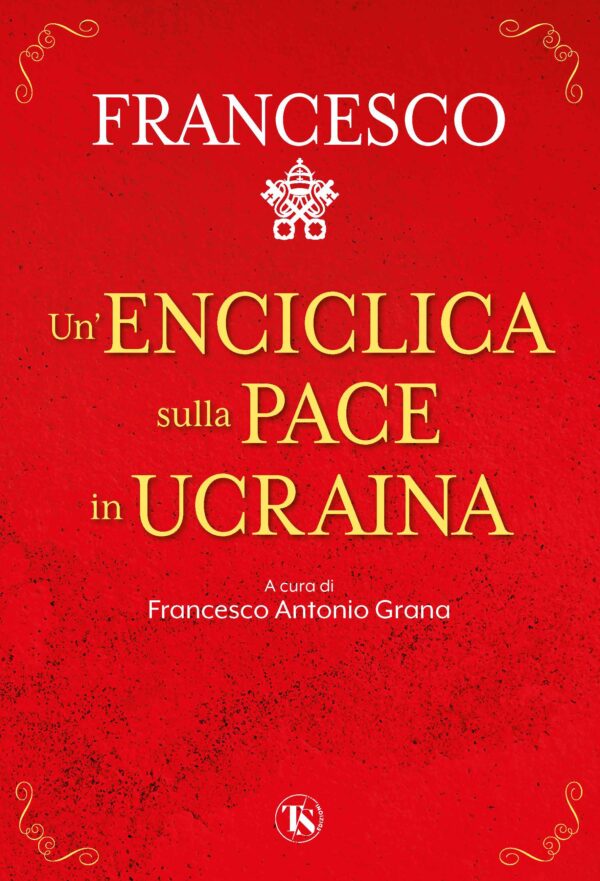 The cover of the new book Un'enciclica sulla pace in Ucraina

Terra Santa Edizioni (TS) works in the heart of the Fondazione Terra Santa and is the publishing centre of the Custody of the Holy Land in Italy. It informs on the history and current affairs of the Middle East, the cradle of great ancient civilizations and of the three monotheistic religions: Judaism, Christianity and Islam.

Founded in 2005, the publisher continues the tradition of the "Centro propaganda e stampa" which, from as early as the 1910s in Milan, gave a voice to the Franciscan experience in the Holy Places. At the same time, it picks up the legacy of the Franciscan Printing Press (FPP), in Jerusalem since 1847.

In a world exclusive, the cry of Pope Francis to stop the war in Europe

Pope Francis wanted his pre-Christmas appeal for peace in Ukraine – in a book written with the Vatican specialist of ilfattoquotidiano.it, Francesco Antonio Grana – to be published exclusively for the whole world by TS Edizioni with the title Un’enciclica sulla pace in Ucraina (An encyclical on peace in Ukraine).

The book – also available as an e-book – will be in all bookshops and online stores on 5 December.

“A real encyclical on and for peace in Ukraine and everywhere else in the world.” These are the words with which the Pope introduces his message to the world in this book, the last appeal to stop the spiral of violence and death in the heart of Europe. “A sort of war diary that I offer readers in the hope that it can become a diary of peace very soon,” the Holy Father also writes.

The text recalls the attention to the duty of being men and women of peace, because nobody, in whatever role they are, can feel inured or indifferent to the horrors of war. And if the objective is “just peace”, then nobody can excuse themselves from admitting that the arms trade must be stopped, that social injustices must be overcome, that cultural differences cannot become a reason for hatred and that the threat of a nuclear conflict can, in no case whatsoever, be put on the table of negotiations.

TS Edizioni holds the exclusive world rights for all languages and the book is already on auction with publishers in over 20 countries.

Pope Francis (Jorge Mario Bergoglio). He was born in Buenos Aires on 17 December 1936. In 1958 he entered the Company of Jesus as a novice. With a degree in philosophy, he was ordained a priest in 1969, auxiliary bishop in 1992 and then archbishop of Buenos Aires in 1998, he was created a cardinal in 2001. On 13 March 2013 he was elected Pope and took the name of Francis. He has published a number of books, which have been translated all over the world. TS Edizioni has published by Pope Francis La notte di Natale (Christmas Night) (2019), Il canto di Natale (The Christmas song) (2020), La festa della tenerezza (The celebration of tenderness) (2021), and La pace sia con te (Peace be with you) (2022).

Francesco Antonio Grana. He is a journalist and the Vatican specialist of ilfattoquotidiano.it and secretary of the cardinal Michele Giordano Prize. He has written numerous books on the life of the Church. For TS Edizioni, he is the author of Cosa resta del papato. Il futuro della Chiesa dopo Bergoglio (What remains of the papacy. The future of the Church after Bergoglio) (2021). 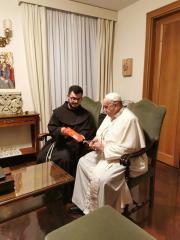