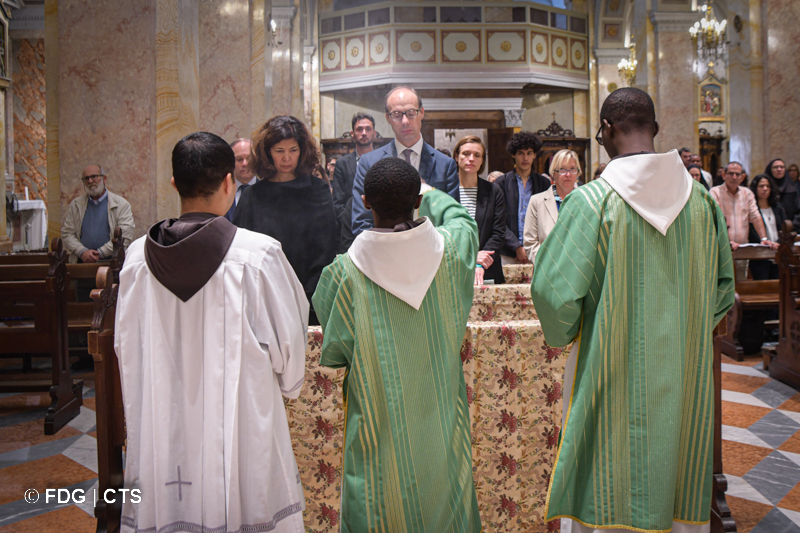 This year again, and following a long tradition, the Custody of the Holy Land celebrated a mass in honour of the Kingdom of Belgium. The solemn mass was celebrated in Jerusalem in St Saviour’s church on Sunday 13th November, two days after the Wapenstilstand, (day of the Armistice) which commemorates the peace agreement which ended the First World War and which in Belgium is a public holiday.

The eucharistic celebration, held in honour of King Phillip of Belgium, took place in the presence of the Consul General of Belgium in Jerusalem, Wilfred Pfeffer, accompanied by a diplomatic representation. The Consul General of France in Jerusalem, René Troccaz, was also present, showing the friendship that unites the two European countries and their historic bond with the Custody.

The solemn mass was presided by the Congolese Fr. Michael Muhindo.

This is a homage that the Custody of the Holy Land pays to the four nations which historically have given it the greatest support, through promoting and boosting the Franciscan presence in the places of Jesus over the centuries. In addition to France, Italy and Spain, Belgium has also contributed so that the Custody of the Holy Land could continue its delicate purpose of guarding, looking after and keeping up the Holy Places.

There is a very long relationship between the Kingdom of Belgium and the Custody. One of the missions of the Belgian Consulate-General, here in Jerusalem, is of a religious nature and is related precisely to the protection and representation of the Christian religious communities in the Holy Land with the local institutions. The celebration on Sunday, which is traditionally attended by the Consul General, is part of this task and once again offers the occasion for this country to be faithful to its historical mission, coherently with its past.

The homily was given by the Belgian missionary, belonging to the congregation of the White Fathers, Father Pol Vonck. "In our epoch, we are used to listening to a litany of catastrophes," said the Belgian religious, “but inside the confusion of our times a light goes on: “they will seize and persecute you, they will hand you over to the synagogues and to prisons, and they will have you led before kings and governors […] remember, you are not to prepare your defence beforehand, for I myself shall give you a wisdom in speaking” (Luke 21, 12-15). Do not be afraid!In the heart of all those who suffer, there remains a word of consolation,"which is the news brought by Jesus Christ.

Father Pol concluded his comment on the Word praying for King Phillip and his family, for Belgium and for all those who govern this country so that they are real “constructors of peace.”

At the end of the celebration, all those present enjoyed refreshments in the rooms of St Saviour’s convent in a climate of friendship and conviviality. 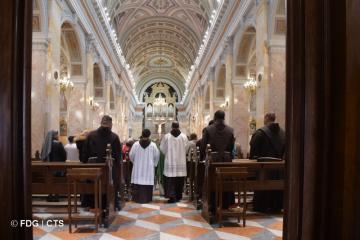 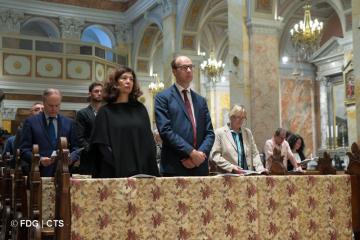 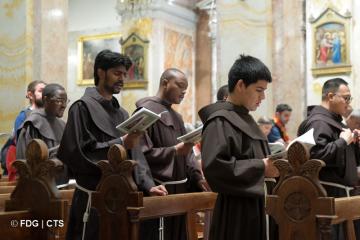 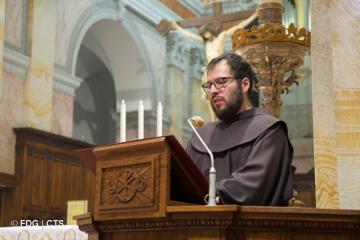 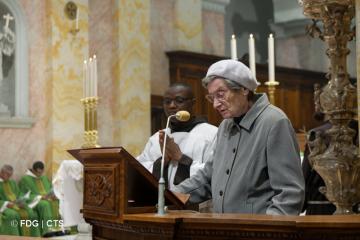 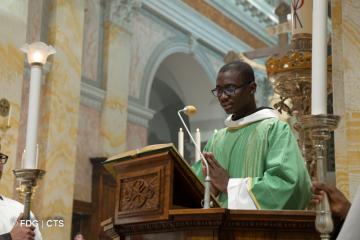 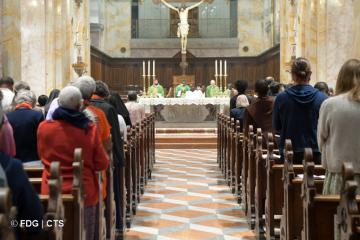 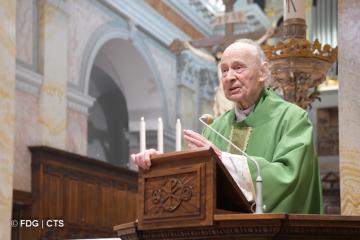 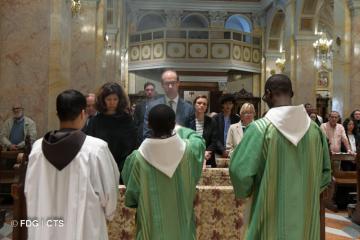 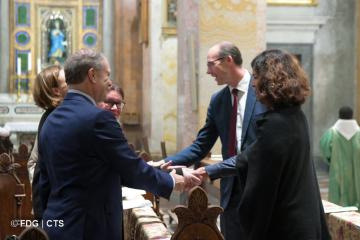 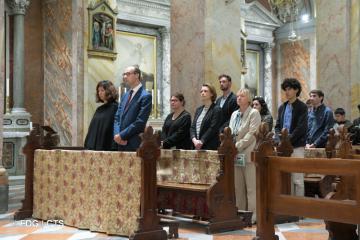 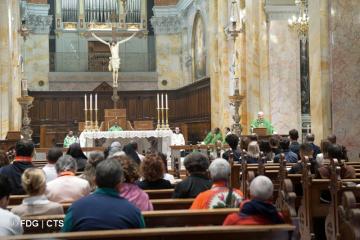 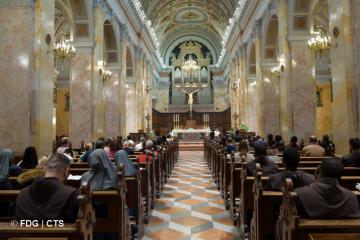 Nazareth: Blessing of the Latvian mosaic of Our Lady of Aglona