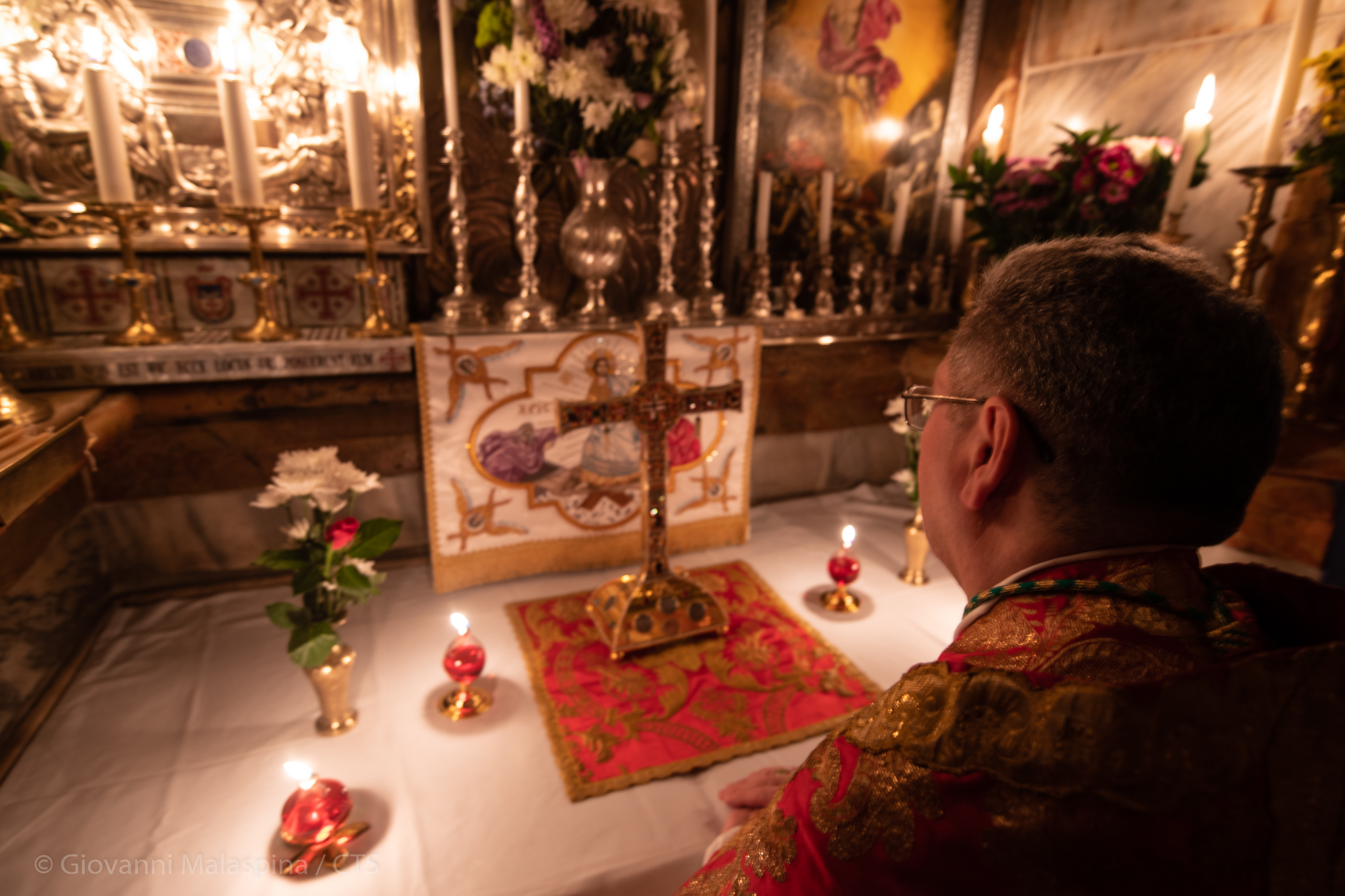 Every year in Jerusalem on 7th May, the chapel of St Helen is draped in red and gold paraments for the celebration of the Finding of the Holy Cross, which took place here. The chapel, in the complex of the Basilica of the Holy Sepulchre, stands on the spot where there was a quarry in ancient times, just a few yards from Calvary. Tradition has it that the cross was abandoned precisely there, after Jesus’ body was laid in the tomb, and it was only centuries later, in 327, that Helen, mother of the Emperor Constantine, found it. This miracle is remembered during the Vigil of the feast-day, celebrated in the early hours of Thursday 7th May. A reading of the History of the Church by St. Rufinus recalled how St Helen was able to recognize the True Cross of Jesus, from the three discovered, because it cured a woman who was seriously ill.

Jerusalem is the only place in the world where this feast-day is still celebrated, as in 1960 Pope John XXIII cancelled the solemnity from the Roman calendar, in favour of the Feast of the Exaltation of the Cross on 14th September. This solemnity is also called the “Invention” of the Cross, from the Latin word “Inventio”, which means “discovery” or “finding”. The date chosen for the commemoration was that of 7th May, recalling another important sign linked to the cross and to the city of Jerusalem. As St Cyril of Jerusalem wrote to the Emperor Constantine, on 7th May 351 “an enormous luminous cross appeared in the sky, above Holy Golgotha, and went as far as the Mount of Olives.”

The feast of the Finding of the Cross, in the time of Easter, also recalls that the cross is a source of eternal life, as the Custos also underlined in the homily of the Holy Mass on the morning of 7th May. The celebration took place in St Helen’s chapel, in front of the relic of the True Cross. According to the orders of the local authorities, only the friars of the community of the Holy Sepulchre and a few other religious at the service of the liturgy took part.

“This year the Feast of the Finding of the Holy Cross and the readings we heard take on a particular meaning due to the pandemic that is afflicting the whole world,” said Fr. Patton to the few people present. The Custos wanted to dwell on the importance of the passage of the experience of healing to the experience of salvation.

“In this period we have prayed and we are praying a great deal for the recovery of all those ill with the coronavirus. However, physical healing is only a postponement of the inevitable moment of death,” he said. “The experience of salvation means entering into a form of full life, which is the fruit of  a personal relationship with Jesus, with he who has life in himself, can give it and can take it back, and can and wants to share it with us. (..) I know that I will die, yet I know that when I welcomed Jesus into my life, his Word and his Spirit, and I accepted the invitation to live in the relationship with Him, he himself laid in me the seed of eternal life. Eternal life has already been sown in me precisely thanks to the gift that Jesus made by giving his life for me and by going through the experience of death out of love for me and to allow me to know the Father and live in Him” (the complete homily is here).

At the end of the Mass, the relic of the Holy Cross was taken in a procession, going round the empty tomb of Christ three times. At the Edicule of the Sepulchre, the altar of Mary Magdalena and in the Chapel of the Apparition to the Virgin Mary, the friars sang: “O crux, ave, spes única! / Paschále quæ fers gáudium”, “Ave o cross, unique hope, / that you bring the Easter joy.” 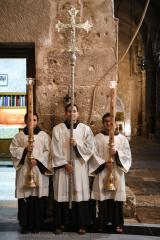 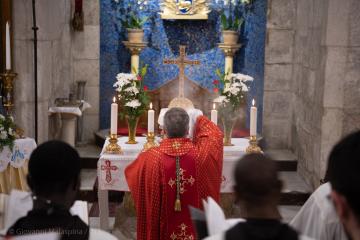 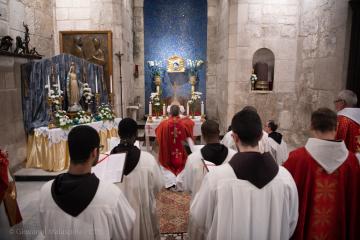 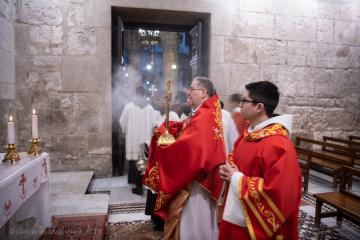 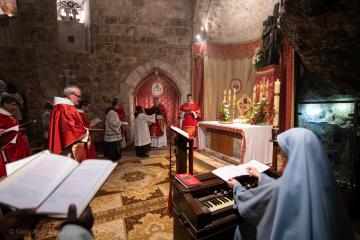 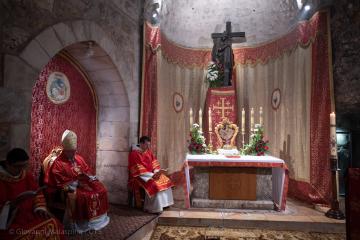 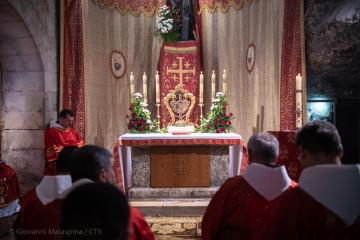 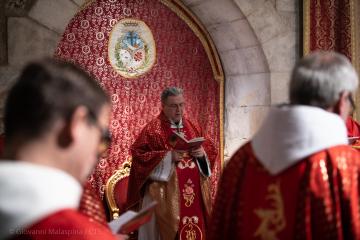 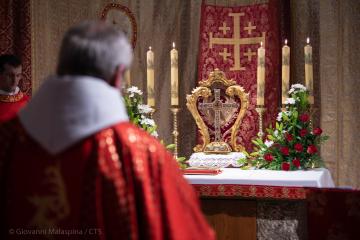 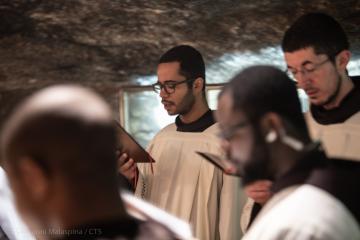 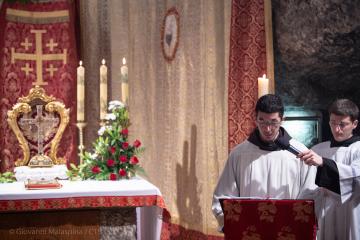 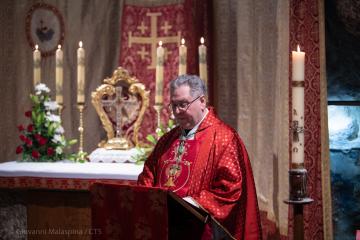 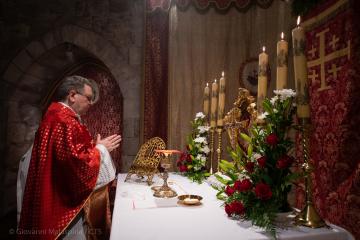 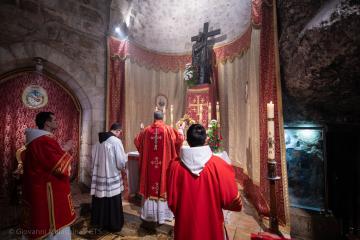 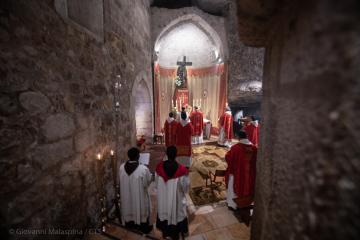 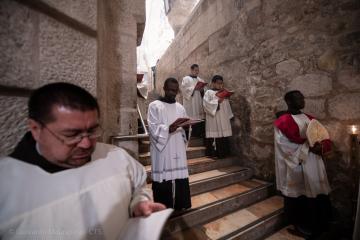 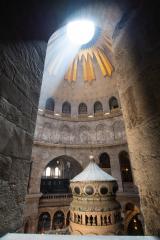 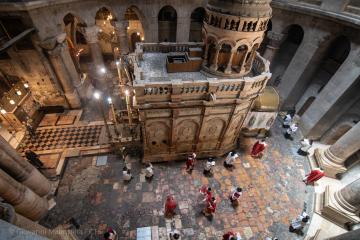 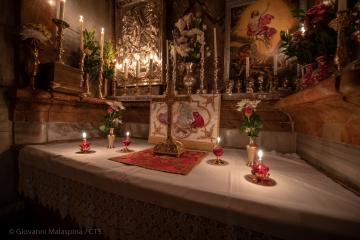 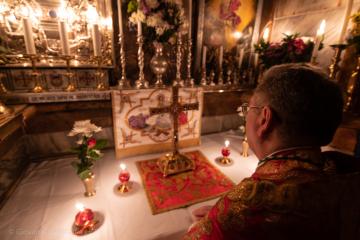 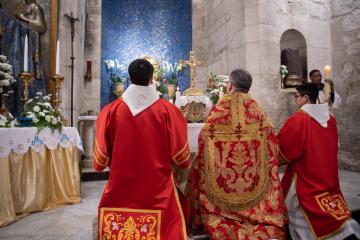 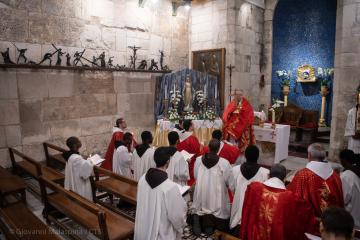 The Massacre of the Innocents ordered by Herod remembered in Bethlehem

Fr. Massimo Fusarelli: "The beginning of knowledge of and stronger accompaniment for the Holy Land"

Restoration of the Holy Sepulchre: the Scientific Committee continues its studies