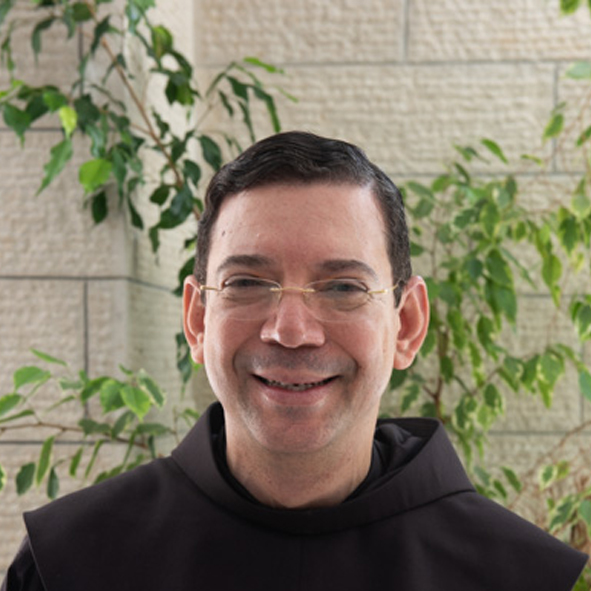 To the faithful of the Diocese of Jerusalem in Cyprus

May the Lord give you peace!

I believe you are already aware of the announcement that Father Bruno Varriano has been appointed as the new Latin Patriarchal Vicar for the pastoral region of Cyprus. Father Bruno, a Franciscan religious of the Custody of the Holy Land, will begin his new mandate on December 8th next, the Solemnity of the Immaculate Conception, after a period of rest and study. I thank the Custody of the Holy Land, in the person of the Most Reverend Custos, Father Francesco Patton, for making Father Bruno available for this important new service.

In the name of the entire Latin Patriarchate go I wish to express sincere thanks to Father Jerzy Kraj, who for nine years cared for, animated, and led the Latin Catholic Church on the island. In these nine years I have witnessed many positive changes, growth and development of pastoral activities in the island. In addition to maintaining good relations among the Catholic communities, particularly with the Maronite community, he has maintained good relations with the Orthodox Church and civil society. We sincerely thank him for this dedicated and valuable -albeit not always rewarding- service, and wish him good and abundant fruits for his new service in Jerusalem.

The new Vicar will begin his ministry in a new mode, which is a novelty for Cyprus. He will reside in a specially dedicated house, which will become the official seat of the Vicariate of the Latin Patriarchate of Jerusalem, with all that it entails pastorally, legally and administratively. The ongoing religious changes, various political issues, and increasingly pressing social emergencies require an even more incisive and attentive pastoral presence to these various and new instances. For this reason, the Vicar will have to devote himself full time to this new service of his, he will have to be free from any other commitment, totally dedicated to the pastoral life of our church in Cyprus.

It is a new mode of presence, which in time will become clearer and more consolidated, for which I ask the cooperation of everyone, priests, religious and laity. In the coming weeks I will come personally to set up this new beginning and define the first steps to be taken, to make this transition as easy as possible. I hope that this choice will bring a new spirit of participation in pastoral life and that the Latin Church in Cyprus will continue to be an important reference of communion and life for all believers on the island and beyond.

May the Most Holy Virgin Mary watch over this new phase in the life of our Church.