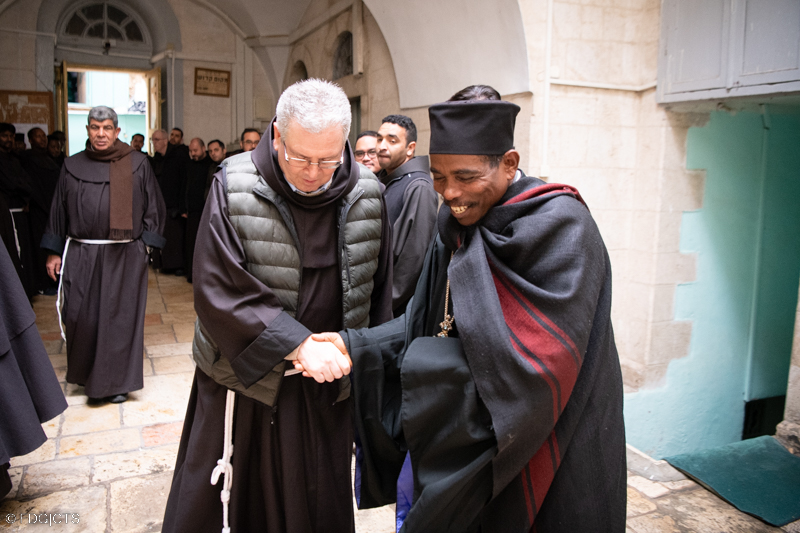 In the respect of the Status Quo, the traditional visit by the friars and the Custos of the Holy Land to the Orthodox Patriarchates was repeated. This ritual goes beyond the mere form, as it represents a rare occasion for the different Christian communities of Jerusalem to meet, to be updated and to spend a fraternal moment of conviviality together to exchange greetings. The occasion was Christmas, the celebration of which all the Christian denominations have in common.

The first visit was to the Greek Orthodox Patriarchate, followed by the visit to the Coptic, Ethiopian and, lastly, Syriac Patriarchates.

Visit to the Greek Orthodox Patriarchate 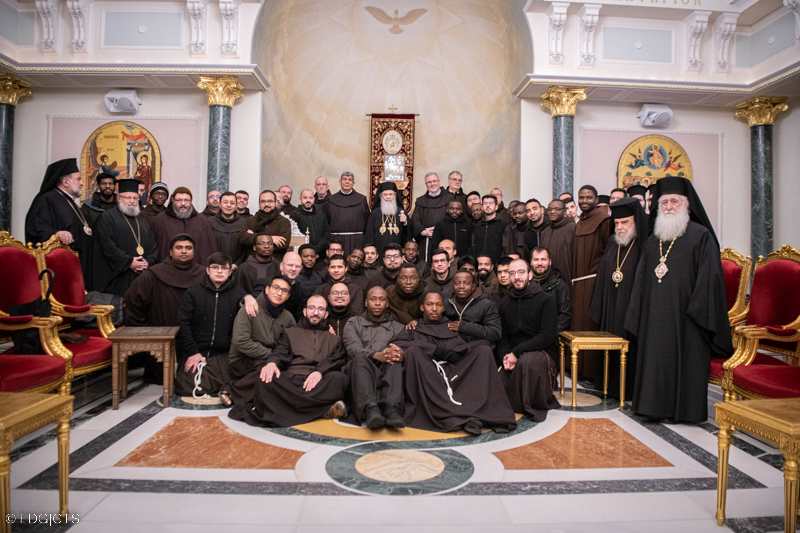 Guided by the kawas,the Custos of the Holy Land, Fr. Francesco Patton, and the procession of friars, reached the Greek Orthodox Patriarchate where His Beatitude Theophilus III was expecting them. Fr. Francesco, taking the floor, spoke of the need to walk together as Christians and sincerely thanked Theophilus III for the condolences received on the death of the Pope Emeritus, Benedict XVI.
The speech of the Greek Orthodox Patriarch was also marked by the late pope, with Theophilus III recalling his virtues and the apostolic journey to the Holy Land in 2009.

Visit to the Coptic Orthodox Patriarchate 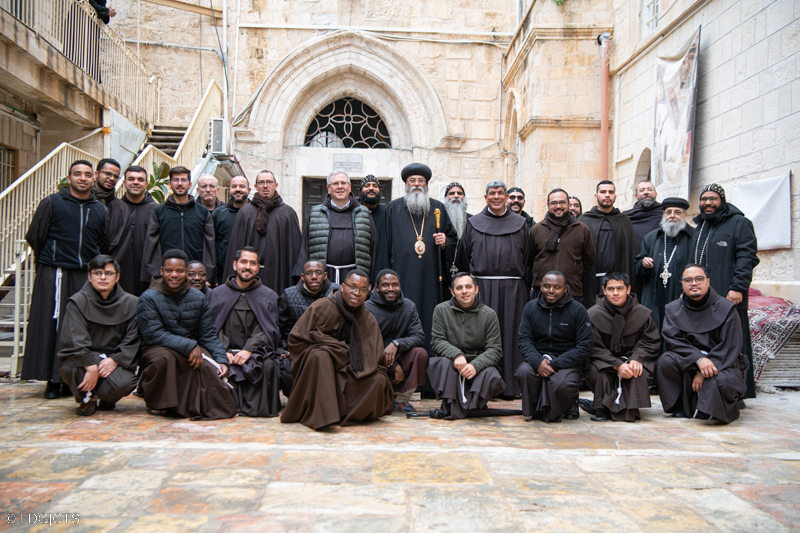 It was then the turn of Christmas wishes to the Coptic Orthodox, whose Patriarchate is in the area in front of the apse of the Basilica of the Holy Sepulchre, near the IX station of the Via Dolorosa.
The friars and the Custos were warmly received by the Coptic Orthodox archbishop, Antonious.
Extending his greetings, Fr. Patton spoke of the practice in force in the Holy Land of ritually exchanging Christmas greetings: "This habit is not purely formal but helps to cultivate fraternal relations amongst us; it is the way we want to share the faith  that unites us. We want to understand the same mysteries we celebrate, like beloved brothers in His only Son. Jesus, the child of Bethlehem, is the true source of our peace and our fraternal communion."
Mons. Antoniousanswered cordially, quoting a Christmas message from Pope Francis.

Visit to the Ethiopian Orthodox Patriarchate 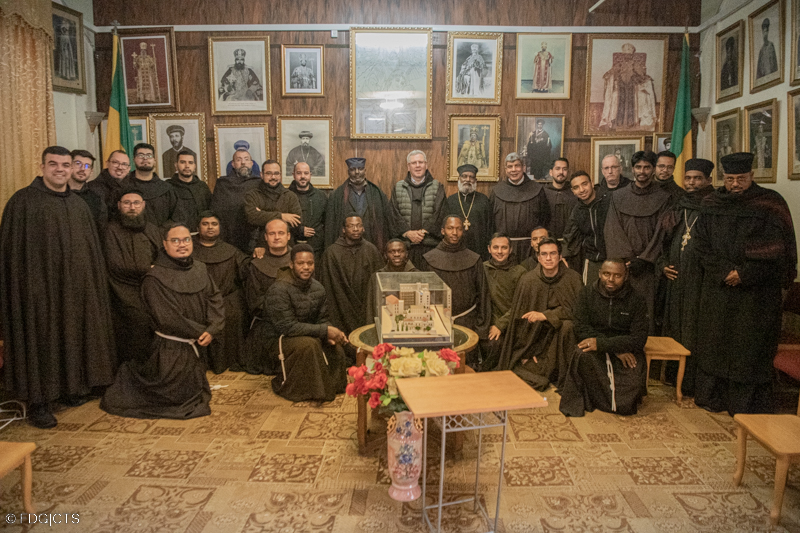 The friars then went to the Ethiopian Orthodox Patriarchate, which stands in the heart of the Christian Quarter in the Old City of Jerusalem. The Franciscan delegation was received by the Ethiopian religious, Father Gebre Selassie. The Custos then gave his wishes quoting the words of a Christmas song used in the Latin Church: "Gaudet chorus cœlestium, et Angelicanunt Deo,palamque fit pastoribus, Pastor, Creator omnium".
Father Gebre Selassie thanked the Father Custos for the visit and recalled the fraternal friendship which historically unites the Ethiopian Church with the Franciscans of the Holy Land.

Visit to the Syriac Orthodox Patriarchate 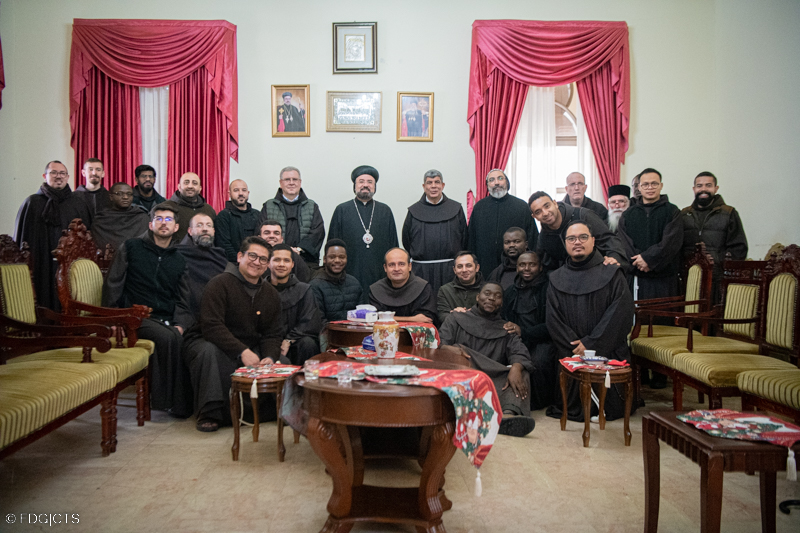 Lastly, the friars reached the Syriac Orthodox Patriarchate, where the bishop Jakub Jack was waiting for them. First of all, the Custos conveyed greetings in the name of the whole Franciscan community and then stressed the importance of this period of Christmas for the Christian communities of Jerusalem. "For our faithful, this festivity is very important: through this atmosphere of celebration in the streets of our city, the Christians can show and witness their presence to the others. With the exception of some radical extremist groups, in this time of Christmas the members of the other faiths also recognize how positive the lighting up of our symbols in the city is.".
Mons. Jakub Jack thanked the Franciscans for their greetings and reflected on the meaning of Jesus’s coming into the world: "Not to fulfil the expectations of those who wanted to establish him as king for his miracles, but to give them the cure for selfishness and pride that grips the heart of man, through the humiliation of the cross. By following his example, wetoo will be ableto become humble.” 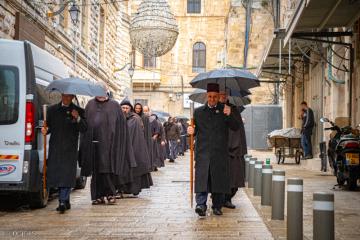 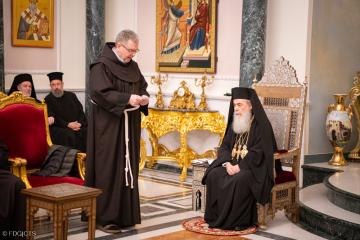 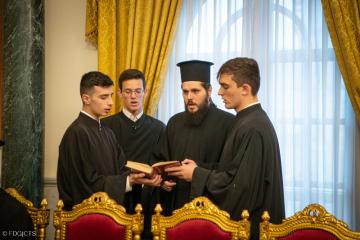 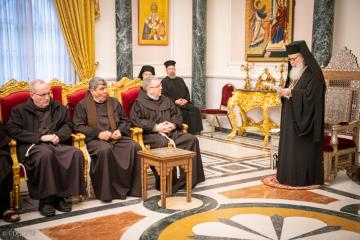 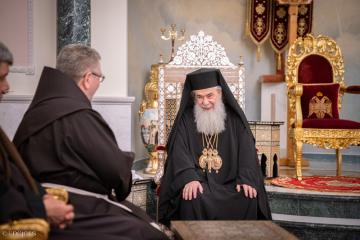 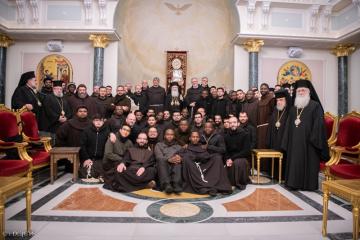 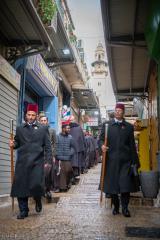 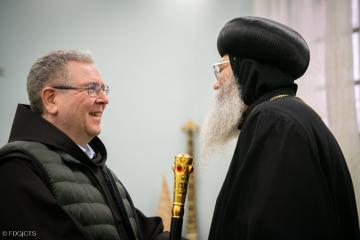 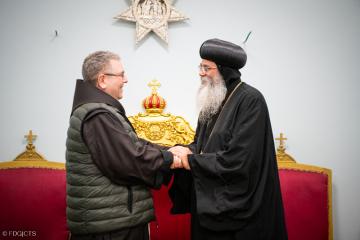 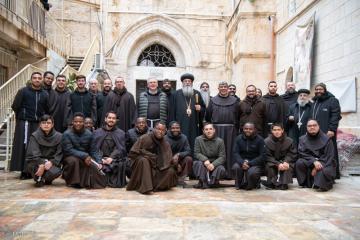 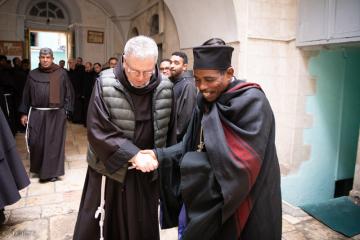 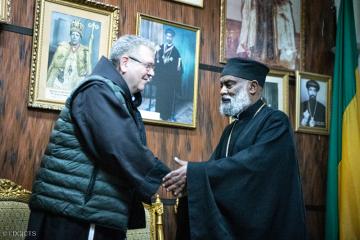 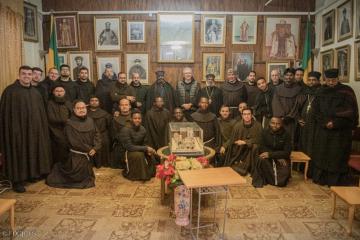 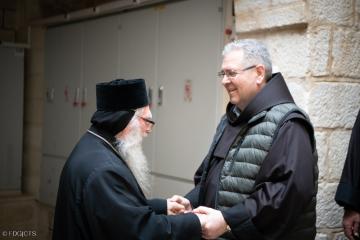 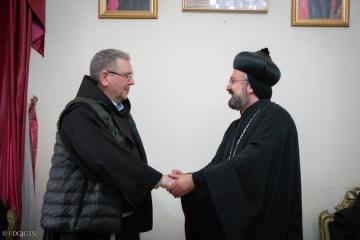 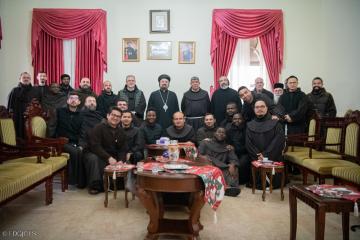