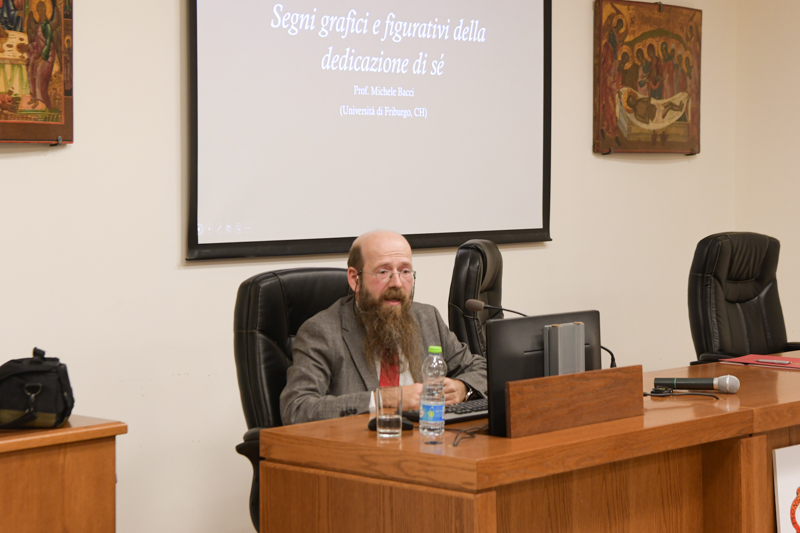 On 10th November, in the presence of a large audience in the St Francis room in St Saviour’s Convent in Jerusalem, Professor Michele Bacci gave a lecture on the graffiti and paintings on the columns of the Basilica in Bethlehem: the occasion of the meeting was the recent publication of the book “Pinturas y grafitos. Basílica de la Natividad en Belén” by Father Imre Vince (Emérico Vicente) Juhász, a Hungarian Franciscan who, in the 1950s, devoted himself to a meticulous work of documentation of the graphic and figurative heritage of the basilica.

Prof. Bacci, a lecturer in the History of medieval art at the University of Fribourg (Switzerland), is currently a member of the International Consortium for the restoration of the Church of the Nativity in Bethlehem, which has worked on the basilica in recent years. During the operations of  documenting the graffiti in 2017, he was invited to examine the typescript of Father Juhász, a Franciscan who lived and worked in the Custody of the Holy Land from 1935 to 1952.

“We are particularly grateful to Professor Bacci who allows us today to draw on the work of Father Juhász,” emphasized fr. Rosario Pierri, Dean of the Studium Biblicum Franciscanum. “This volume, the result of a brilliant intuition, is particularly important, because thanks to this work, the graffiti, the inscriptions and the illustrations on the columns in the Basilica can be studied in greater detail and depth, and can be a valid aid to help the usual guides of the Basilica of the Nativity to discover the characters illustrated in it.”

The extraordinary heritage of the graffiti and inscriptions on the columns

“We often enter the Basilica of the Nativity without paying too much attention to the details, only wanting to visit and pray in the heart of the Basilica, which is the grotto where Jesus was born,”  said Prof. Bacci.  “Yet, the central column itself contains an extraordinary heritage which tells us the history of the Basilica and of the devotion in this place: in the 12th century, the columns of the central nave, which mark out the route towards the grotto, were decorated with images of saints belonging to different cultures. Alongside these illustrations, unfortunately particularly fragile as they were fixed with a very delicate type of oil paint, there are engravings, inscriptions, figures of devout travellers and coats-of-arms left by pilgrims over the centuries: the restoration has even revealed thousands of pieces of graffiti in all the European and Middle Eastern languages, a priceless heritage which has yet to be studied in detail.”

“During the work of documenting the graffiti,” Prof. Bacci continued, “I was asked to examine this typescript by Father Juhász, written in Spanish. To my enormous surprise I discovered that all the Latin and Greek graffiti had been transcribed accurately, and with the graffiti the paintings on the columns in the state in which they were, had also been reproduced, with the coats-of-arms and the inscriptions. The book was ready for publication, but, for reasons still unknown to us, it was never actually printed.”

Today, at last, the volume has been published by Edizioni Terra Santa, with a preface by fr. Claudio Bottini, Dean Emeritus of the Studium Biblicum Franciscanum: Prof. Bacci has added an important introduction which contextualizes the work of Juhász and he gives a historical-bibliographical essay on the paintings and on the graffiti, with some information on his literary activity.

“The book keeps its original form: it is a text of 70 years ago, but its scientific value remains complete, in particular for the diligent transcription of the graffiti and of the illustrations of the columns, which allow us to appreciate details which are too blurred, or damaged, such as the face of St Sabas and that of St John the Evangelist. Above all, thanks to the work by Father Juhász, we can reformulate some historical-artistic declarations, and unmask clichés which have become stratified over the years around these figures. Thanks to the passionate work of Father Juhász and his great sensitivity, we can say today that we have recovered a considerable source of information to continue documenting the rich memories of this Holy Place.” 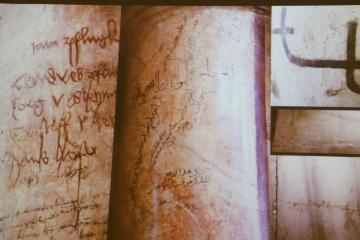 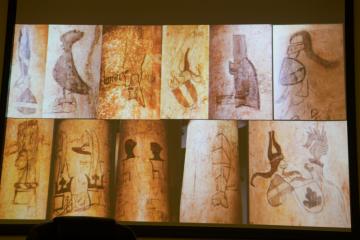 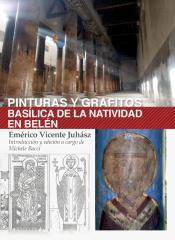 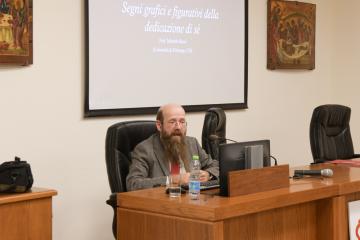 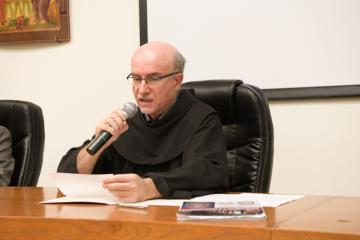 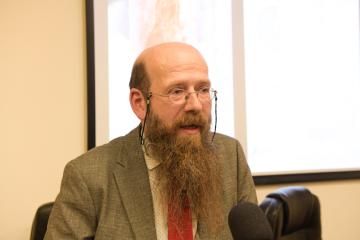 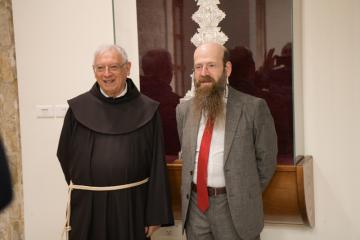 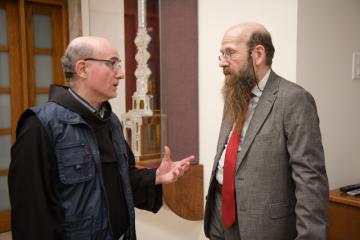 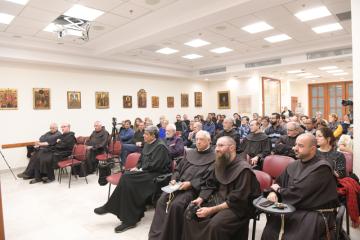 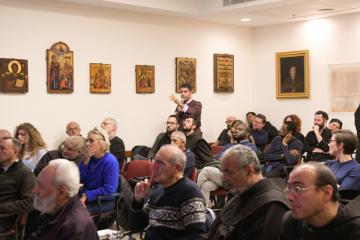 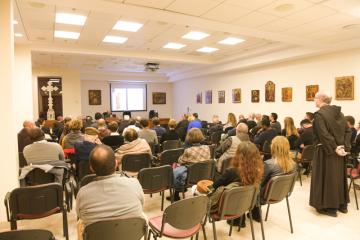 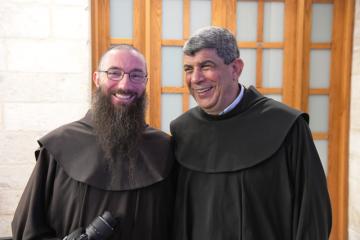 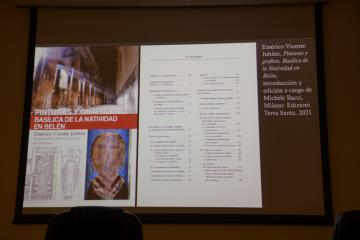 “Witness of the resurrection”: Discovering the Holy Sepulchre through the accounts of pilgrims

The Franciscan Children’s Home in Bethlehem celebrates its 15th birthday

Beit Sahour: inauguration of the Pilgrim Center at the Shepherds’ Field