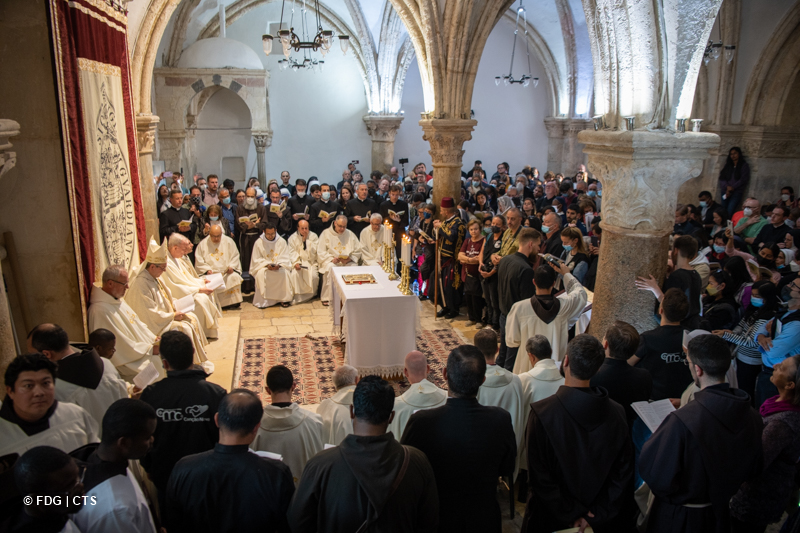 The Paschal Triduum in Jerusalem opened at the Basilica of the Holy Sepulchre with the Mass in Coena Domini and the Chrism Mass. These celebrations, presided by the Patriarch of the Latins, His Beatitude Mons. Pierbattista Pizzaballa, were only the first liturgies that marked Holy Thursday in the city where, two thousand years ago, the events of the Passion narrated by the Gospels took place.

In the afternoon, as per tradition and in harmony with the gospel of the day (John 13, 2-15), the friars of the Custody went in procession to the room of the Cenacle, on Mount Zion, where the episodes of the washing of the feet and the institution of the Eucharist took place at what is known as the Last Supper of Christ.
Before leaving and according to a practice of the Status Quo, at St Saviour’s Convent there was the ritual handing over to the Franciscans of the keys of the entrance door of the Holy Sepulchre by the family that keeps it. The keys will remain in the possession of the friars for twenty-four hours.

At the Cenacle, where the Lord gave the fundamental law of the New Alliance, i.e. the law of reciprocal and fraternal love, the Custos of the Holy Land, Fr. Francesco Patton, remembered how Jesus washed the feet of his apostles, replicating himself this gesture of love to twelve friars.
Being here all together in this holy place gave the Father Custos the occasion to recall how, at the Cenacle, Jesus gave the Church and to each one of us a triple gift: that of a new commandment, through which it is possible to understand the gesture of the washing of the feet and the whole Easter mystery; that of the example to be followed offered by Christ “to make us understand the meaning of his death on the cross” and to show us "which is the simplest way to live the commandment of brotherly love"; and, lastly, that of the nourishment represented by the Eucharist "which makes us capable of loving one another as he loved us and it makes us capable of giving our lives.”

From the Cenacle, the Franciscans then went to the church of St James of the Armenians and to the church of the Holy Archangels, to pay tribute ad to commemorate the
hospitality received here in the 16th century. At the latter church, the friars were welcomed by the Armenians for seven years, after which in 1551 the followers of the poor man of Assisi had been expelled from the convent of the Cenacle where they lived. After this traditional tribute, the friars set off towards the Syriac Orthodox church of St Mark, known for having been built on the site of the presumed house of Mary, the mother of the evangelist Mark and which, according to the Syriac tradition, designates the exact place of the Last Supper of Jesus.

Lastly, in the evening of Holy Thursday in Jerusalem, the prayer of the Holy Hour of Jesus in the garden of Gethsemane is celebrated, in the place where Christ sweated blood during the vigil of prayer which anticipated his Passion. During the liturgy, presided by the Custos of the Holy Land, the participants meditated on the three decisive moments which characterized the night of the arrest of Jesus:Christ’s prediction of Peter’s triple denial and the flight of the disciples; his Agony in the olive grove and, lastly, his arrest.

When the celebration was over, from Gethsemane the assembly formed a procession and holding candles, with songs and prayers, they reached the church of St Peter in Gallicantu, where Peter betrayed Christ. 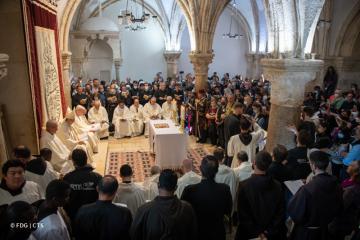 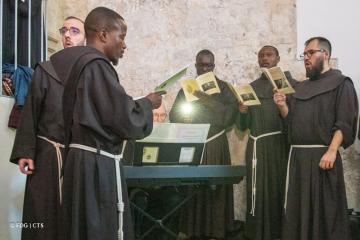 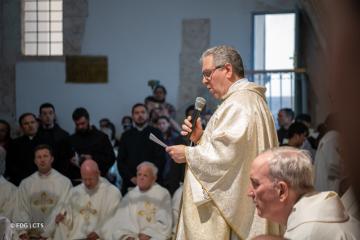 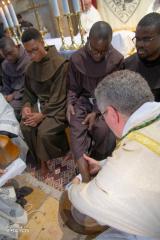 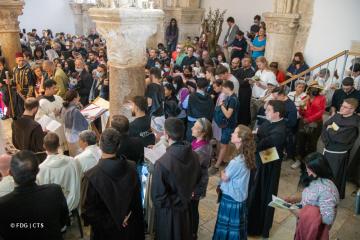 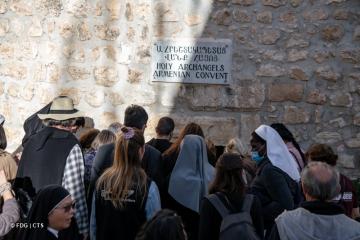 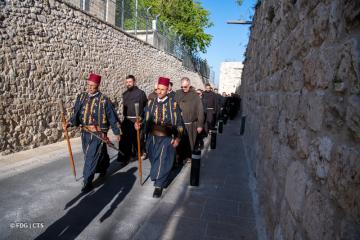 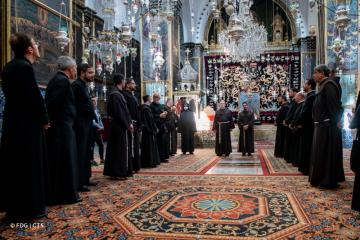 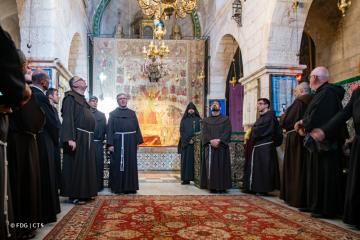 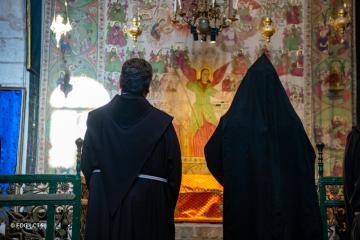 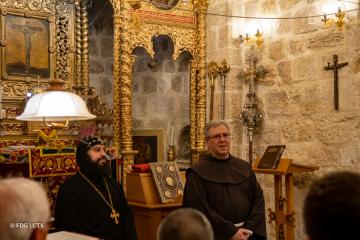 Mass in Coena Domini of Holy Thursday at the Holy Sepulchre