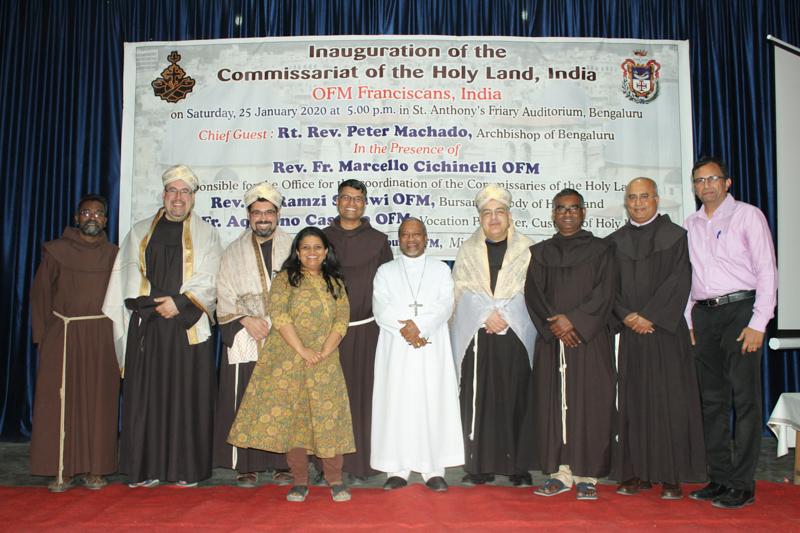 The first Commissariat of the Holy Land in India was inaugurated on Saturday 25th January at St. Anthon’s Friary in Bangalore, in the presence of Mons. Peter Machado, Archbishop of Bangalore, the Provincial Minister of the “St Thomas Apostle” Franciscan Province, Fr. Praveen D' Souza and Fr. Francis Xavier, the first commissioner of the Holy Land. A delegation from the Custody was also present for this important occasion, made up of the head of the office of coordination of the Commissioners of the Holy Land, Fr. Marcelo Cichinelli, the Bursar of the Custody Fr. Ramzi Sindawi, and Fr. Aquilino Castillo, Vocation Promoter for the Holy Land.

The origin of the Commissariats dates back to the 15th century, when some European royal households and Popes of the time decided on their establishment. A little later, in 1421, Pope Martin V, with the "His quae" bull, decreed the institution of the figure of the Commissioner, subsequently highlighted in Paul VI’s "Nobis in Animo" (1974), in which the Pope confirmed that the activities of the Commissioners “so deserving in the past, still seem valid and functional.”

From their origin, the purpose of the Commissariats has been to support and promote the Custody of the Holy Land in protecting the Holy Places and the shrines, to increase the works of charity for the local Christians, collect the pro Terra Sancta offers of Good Friday, to propose in parishes days dedicated to the Holy Land and organize pilgrimages, following the Franciscan tradition of welcoming and accommodating pilgrims to the Holy Places.

During the meeting that preceded the celebration opening the Commissariat, Mons. Machado expressed his joy in inaugurating the premises at the Bangalore convent, stating that he will support and collaborate at diocesan level with the Commissariat for the initiatives that they propose. After the Bishop, the Provincial Minister Fr. D' Souza explained the objectives, the mission and the purpose of the activities of the Commissariat of the Holy Land.

Fr. Marcelo Cichinelli next took the floor, going over the history of the commissariats and stressing their role in supporting the Holy Land: the pearl of the Franciscan Missions.

At the end of the day, Fr. Ramzi Sindawi blessed and inaugurated the premises of St. Anthony's Friary Campus on Hosur Road in Bangalore, where the Commissariat is based and where the staff are already at work to start promoting the situation of the Holy Land in India. 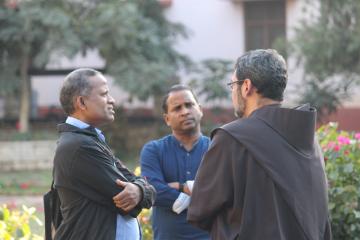 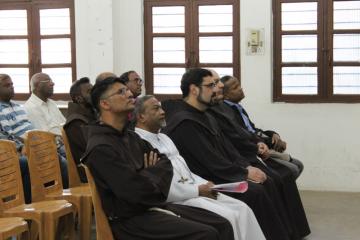 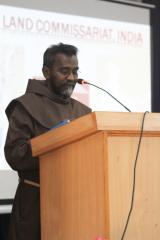 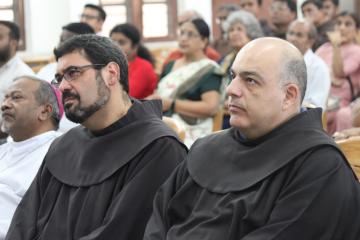 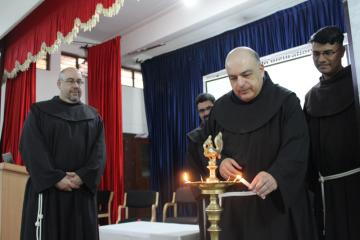 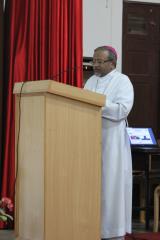 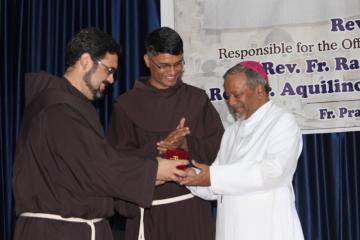 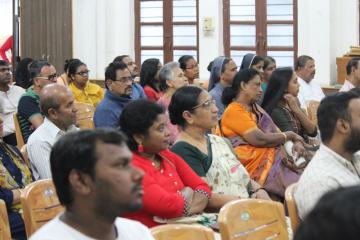 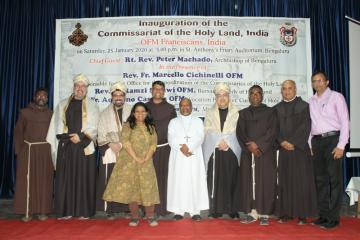 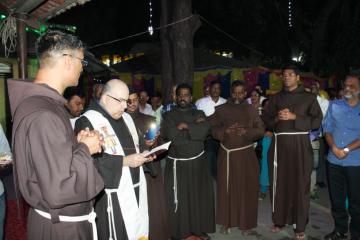 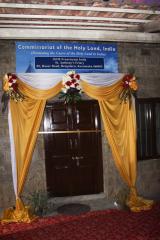 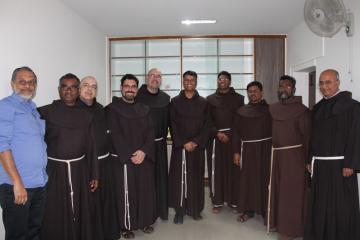 Fr. Patton in Florence a Church at the service of the “Culture of Peace”