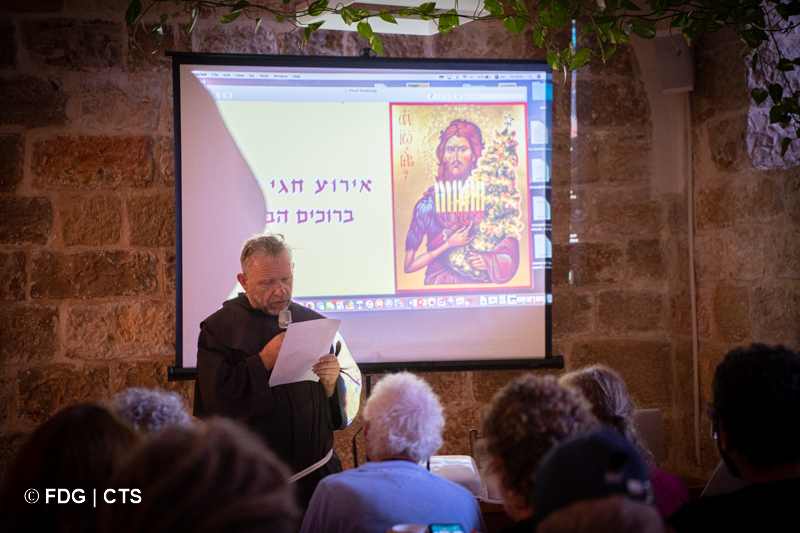 The religious holidays of the three great monotheisms are celebrated every year in the Holy Land. In December, Christians and Jews celebrate respectively Christmas and Hanukkah, two holidays which have one element in common: light. For us, Christians, the coming of the Child Jesus represents the light that enters the world and renews our lives; for the Jews, according to the Talmud, the light is linked to the miraculous lighting of the Menorah for eight days when the Temple was purified after its profanation by the Greeks in the second century before Christ; the miracle lay in the fact that the amount of oil necessary to light the candelabra was sufficient for only one day, but lasted for eight days.

These analogies, together with the desire to get to know each other and meet halfway, makes many people who live in Ain Karem, a neighbourhood of West Jerusalem, take part in a lecture organized by the Franciscans of Custody of the Holy Land as part of an initiative based on interreligious dialogue. In the special setting of the Franciscan shrine of St John the Baptist in Ain Karem, where tradition locates the birthplace of John, the cousin of Jesus, the lecture was held again this year, attended by Christians and Jews, and based on deepening knowledge about the festivities of Christmas and Hanukkah.

The lecture was opened by the Guardian of the Franciscan shrine of Ain Karem, Fr. Severino Lubecki, who greeted the very many members of the local community who came to the event, recalling that light was a common element of the two special occasions: "The first thing that the Almighty created was light. And light was a good thing. Light is a gift from God to humanity, let’s not overlook that. On the contrary, let’s allow light to shine in our homes and in our hearts. These days of autumn give us the longest nights of the year, but in a very short time the days will begin to be longer again and once again, in Nature as well, light will defeat darkness. This is how it should be in our lives. Let’s allow the light to penetrate our hearts and our minds. Let us look once again towards thelight. Happy Hanukkahand Merry Christmas!"

After Fr. Severino’s greeting, there were various Israeli speakers who are also engaged in interreligious dialogue. They includedHana Bendcowsky, a memberof theRossingCenter for Education and Dialogue, an interreligious organization based in Jerusalem that promotes a more inclusive society for all religious, ethnic and national groups. In particular, through education, encounters, research and consulting, the RossingCenter promotes the improvement of relations between Jews, Christians and Muslims in the Holy Land.It was then the turn of Tamar Hayardeni, a researcher with the Ben-Zvi Institute, who spoke of the surprising discovery of a mikveh at the adjacent monastery of St John; afterwards, Alon Orion, a tour guide, explained the miracles connected with Christmas and Hanukkah according to Christian and Jewish traditions.

After a convivial lunch at the nearby church of St John the Baptist, the students of the Magnificat academy of music of the Custody of the Holy Land, sang, conducted by the director of the school and the secretary of the Custody, Fr. Alberto Pari, and by the deputy head of the school, Giuliana Mettini. They performed three traditional Christmas pieces: Joy to world, Carols of the bellsandO Tannenbaum.Don Filippo Morlacchi accompanied them on the piano. 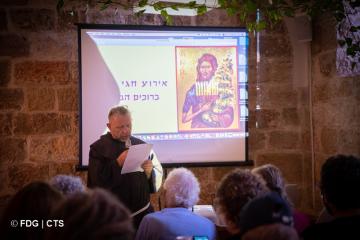 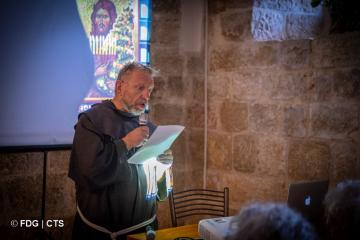 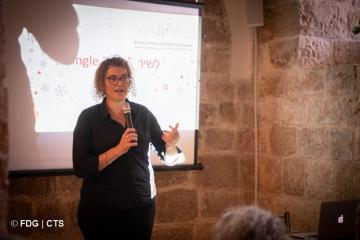 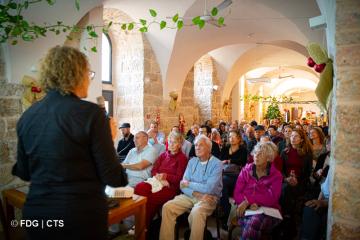 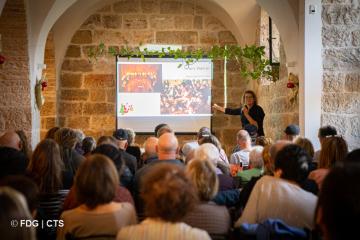 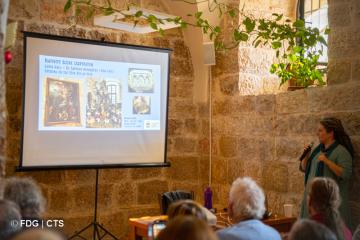 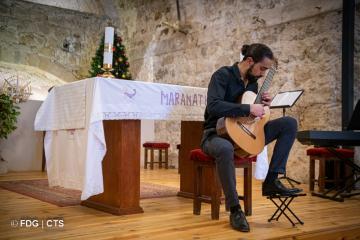 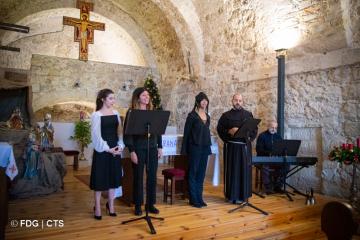 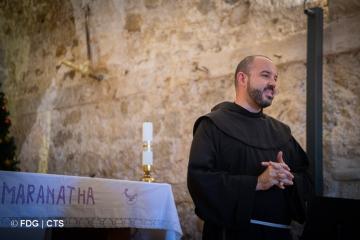