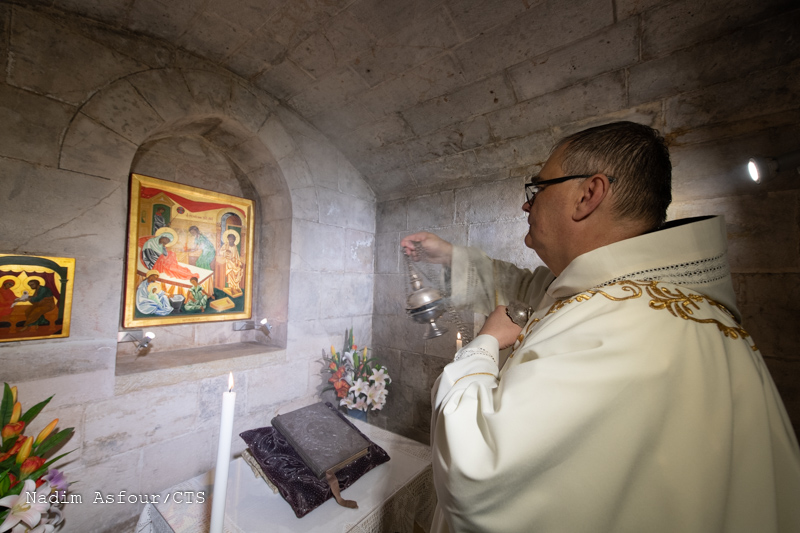 On Wednesday 8 September at the Basilica of St Anne, in Jerusalem, on the solemnity of the Nativity of the Blessed Virgin Mary, the traditional Eucharistic celebration was held which, as well as remembering the religious anniversary, also commemorates the closeness of France to the Custody of the Holy Land.

Various French-speaking lay people and religious who took part in the Eucharist on this festive day at the Basilica owned by the French state which has entrusted it to the Missionaries of Africa, a Society of apostolic life made up of priests and lay brothers created in October 1868 thanks to Cardinal Charles-Martial AllemandLavigerie. The participants also included a consular delegation, led by the deputy consul, Olivia Eteneau.

The place where the celebration took place has its origins in the Protevangelium of James, who underlines how the home of Mary’s parents – Joachim and Anne - stood “not far from the Temple.” From the dedication of the small church built on the site of the house of the two saints, in the 4th century, the solemnity then spread throughout the West by Pope Sergius I, of Syrian descent.

The Church, built by the Crusaders, is one of the buildings that remained intact thanks to King Saladin, who transformed it into a Shafi’ite Koranic school. For the Custody of the Holy Land, it is a traditional celebration, which has its roots in the past: even during the Muslim occupation, the Franciscans tried in every way to obtain access to guaranteethe celebration. They succeeded by letting themselves in through a window that can still be seen in the crypt. It was not until the 15th century that the friars obtained an official firman that allowed them to celebrate on the birthday of the Virgin, 8 September, and on the day of the Immaculate Conception, 8December.

After the Crimean War, in 1856, the building was given to Napoleon III by the Sultan Abdul Majid as thanks for military support in the conflict. The present-day church, restored after the 1967 war which had caused great damage, is in the care of the Missionary Fathers of Africa.

The celebration in French was presided by Fr. Stéphane Milovitch, in charge of the Department of the Cultural Heritage of the Custody of the Holy Land. "When Christ was crucified, it was thought that it was all over. Three days later, we celebrated His resurrection:the last word is never of death, but of life," said Fr. Stéphane, commenting on this past year, marked by the Coronavirus pandemic. "Here in Jerusalem we remember all the phases of the history that takes place in this Holy Land. The Jerusalem liturgy is a liturgy on the move: like the first Christians, the Franciscans celebrate the liturgical year in the places that are at the origin of the mysteries celebrated. Today we are gathered here to celebrate the Nativity of the Virgin Mary, the mother of Our God and Lord Jesus Christ, a celebration that started thanks to the veneration of this place."

Following the traditional practice, after the start of the celebration, the grotto below St. Anne’s Basilica, where the Nativity of Mary took place according to tradition, was incensed.

"It is to be emphasized that the genealogy of Matthew, in a culture in which usually only men are mentioned, also includes five women," Fr. Stéphane said in his commentary on the passage of the Gospel of the day (Matthew 1, 1-16. 18-23), referring to Tamar, Raab, Ruth, Bathsheba and the Virgin Mary. "From this litany, from the personality of these women, we understand better the quality of the relationship that Jesus had with the women he encountered, as well as his love for the women marginalized by society, but also his openness towards pagans."

In his words, Fr. Milovitch underlined how reading the genealogy of Jesus teaches us that "only by becoming men and women of mercy, recognizing the blessings that have marked the history of our families, of our communities and taking on our personal story will it be possible to understand Jesus.”

The Eucharistic celebration came to an end with aprayer dedicated to France, which anticipated the solemn blessing and the last song to the Virgin Mary. 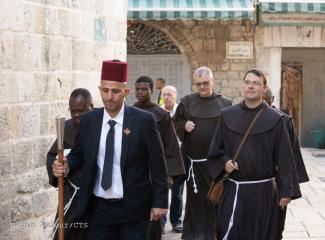 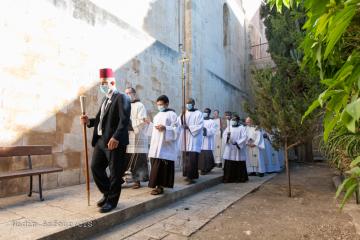 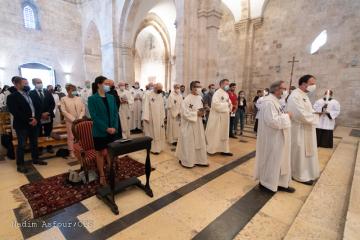 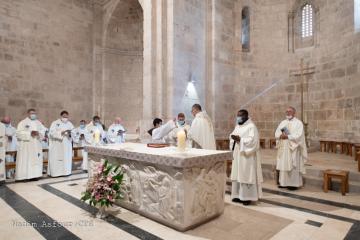 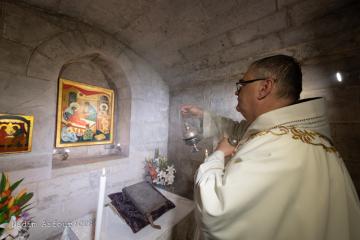 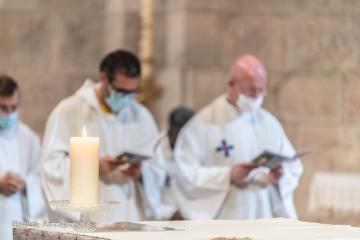 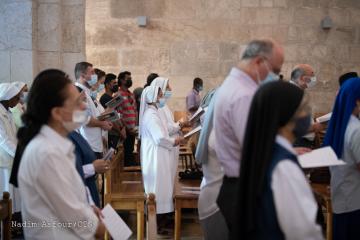 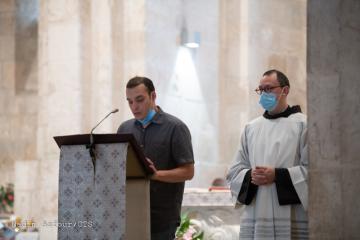 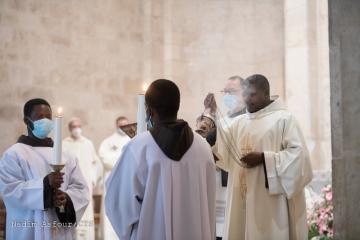 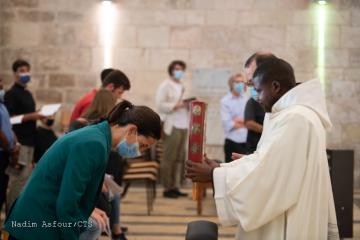 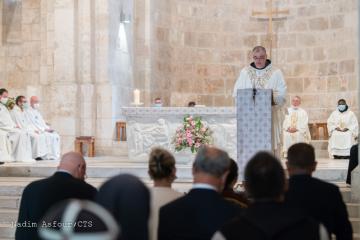 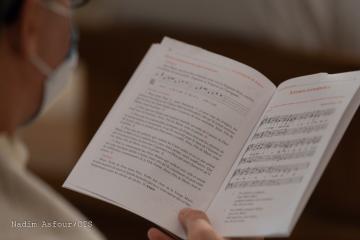 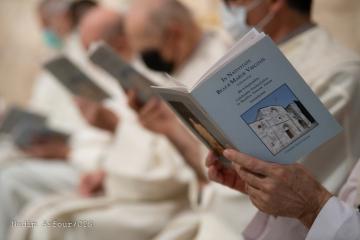 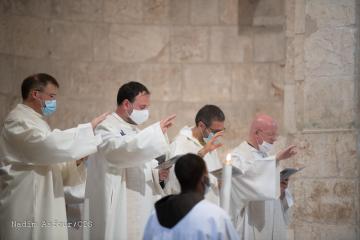 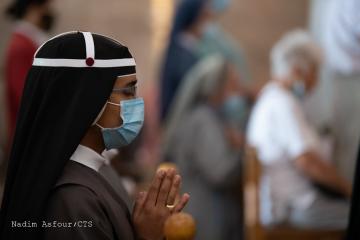 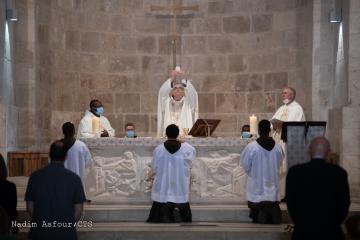 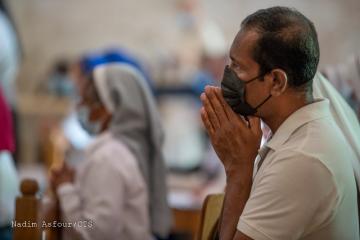 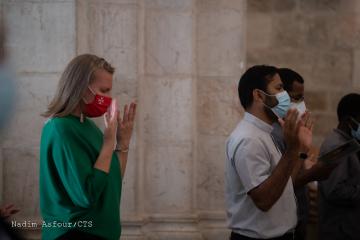 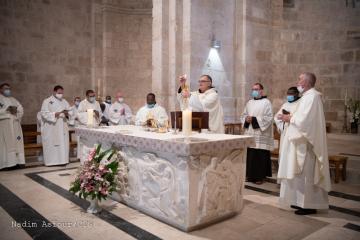 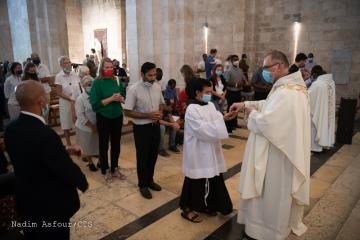 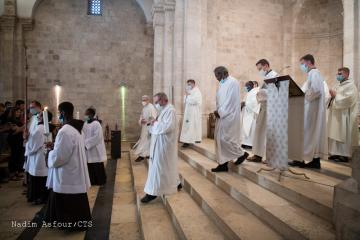 In Jerusalem the Commemoration of the all the Faithful Departed

With fr. Jad in the infirmary of the Custody, at the service of the elderly friars