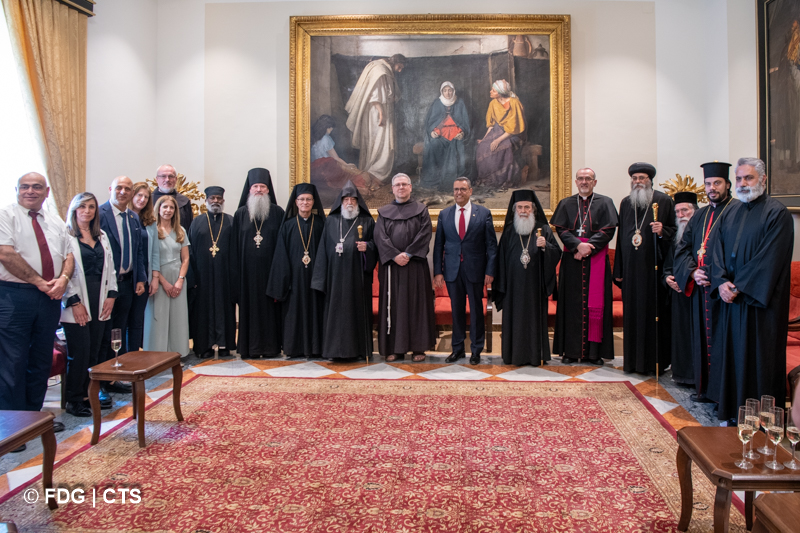 On Monday, May 9 in the premises of the Custody of the Holy Land, Jerusalem Mayor Moshe Lion met with leaders and representatives of the various Christian churches for Easter greetings.

This year the Christian and Jewish communities are celebrating their respective Passover/Pesach and Pentecost/Shavuot anniversaries on the same days. A coincidence that is a fitting time, said the mayor, "to reflect on what we have in common, rather than what divides us."

“One of the many things we do all have in common, is love for the Holy Land, and a special love for Jerusalem”.

Brother Francesco Patton, Custos of the Holy Land, opened the meeting by speaking precisely about the love of all the "children of Abraham" for Jerusalem. "Here," he said, "Christians were born, and Jerusalem is our mother.

“An inclusive love, capable of sharing, for only in sharing we will be able to overcome the temptation to divide”.

The shadow of the terrorist attacks of the past weeks appears in the various speeches, along with the desire for cooperation for peaceful coexistence. This was mentioned by the Greek Orthodox Patriarch of Jerusalem, Theophilos III, and the mayor of Jerusalem.

“Jerusalem has a universal meaning that transcends all humans boundaries and divisions”.

“We must work for the peace of Jerusalem and we can only do this together”.

Central to the talk by H.B. Pierbattista Pizzaballa, Patriarch of Jerusalem of the Latins, is the importance of Christian identity for Jerusalem, and of Jerusalem for the Church itself.

“There is no Church, there is no christian faith without Jerusalem. There’s no event without place, and Jerusalem is the place where we celebrate the Event”.

The Catholic community is a small reality, but equally in need of being heard in the real needs of daily life, the Latin Patriarch said. Words echoed by those of the Custos:

Br FRANCESCO PATTON, ofm
Custos of the Holy Land
"We greatly appreciate the services that are carried out by the municipality, as well as the willingness we have also always found when it comes to carrying out development projects for the benefit of the pilgrims." 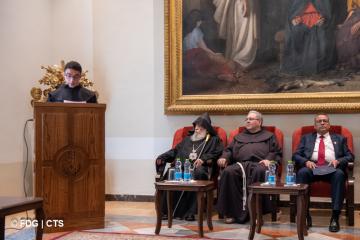 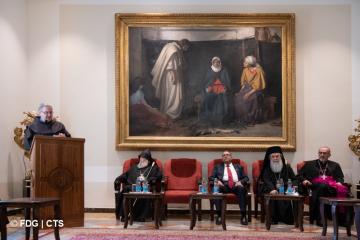 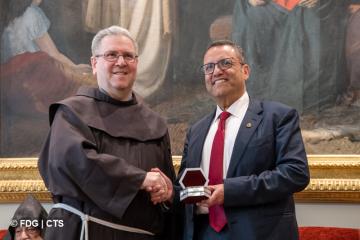 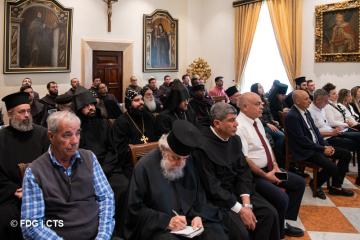 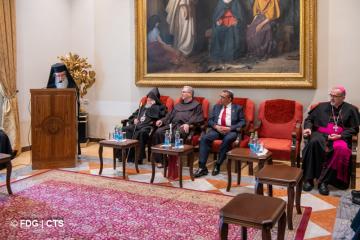 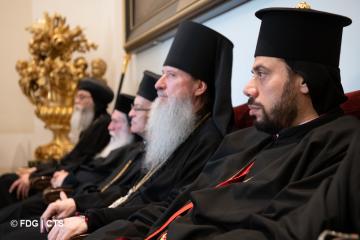 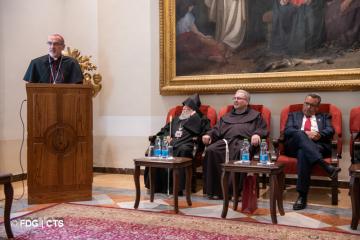 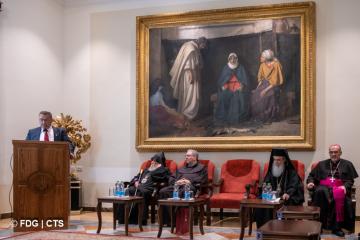 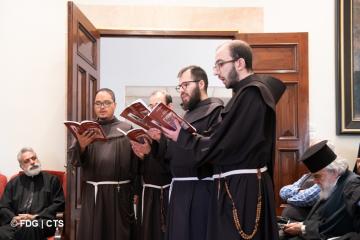 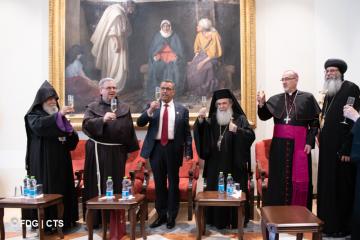 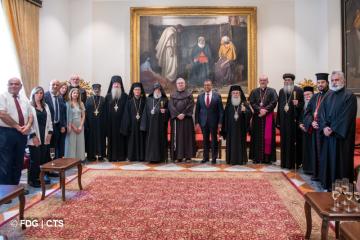