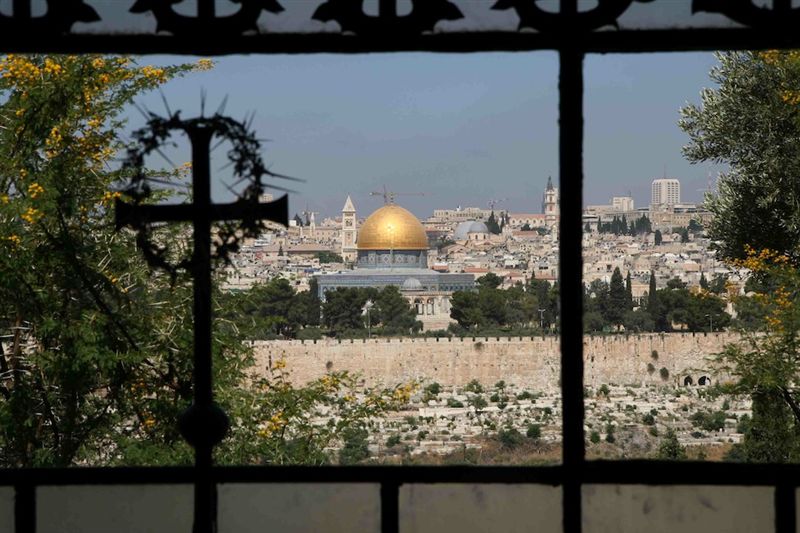 With all the Heads of Churches, we are “profoundly disheartened and concerned about the recent violent events in East Jerusalem, whether at the Al Aqsa Mosque or in Sheikh Jarrah, which violate the sanctity of the people of Jerusalem and of Jerusalem as the City of Peace," and require of an urgent intervention.

The violence used against the worshippers undermines their safety and their rights to have access to the Holy Places and worship freely. The forced eviction of Palestinians from their homes in Sheikh Jarrah is also an unacceptable violation of the most fundamental human rights, the right to a home. It is a question of justice for the inhabitants of the city to live, pray and work, each according to his/her own dignity; a dignity bestowed upon humanity by God himself.

Regarding the situation in Sheik Jarrah, we echo the words of the UN High Commissioner for Human Rights who said that the rule of law is being "applied in an inherently discriminatory manner". This has become a main flashpoint amid rising tensions in Jerusalem in general. The issue today is not a matter of a real-estate dispute between private parties. It is rather an attempt driven by an extremist ideology which denies the right of existence of a person in his own home.

Also of particular concern is the right to access the Holy Places. Palestinian worshippers have been denied access to Al Aqsa Mosque during this month of Ramadan. These demonstrations of strength wound the spirit and soul of the Holy City, whose vocation is to be open and welcoming; to be a home for all believers, with equal rights and dignity and duties.

The historic position of the Churches in Jerusalem is clear with regards to our denouncement of any attempt which makes Jerusalem an exclusive city for anyone. This is a city sacred to the three monotheistic religions and, based on international law and relevant UN resolutions, also a city where the Palestinian people, Christians and Muslims, have the same right to build a future based on freedom, equality and peace. We also call for an utter respect for the historic Status Quo of all Holy Places, including Al-Aqsa Mosque Compound.

The authority that controls the city should protect the special character of Jerusalem, called to be the heart of the Abrahamic faiths, a place of prayer and meeting, open to all and where all believers and citizens, of every faith and belonging, can feel at home, protected and guaranteed.

Our Church has been clear that peace requires justice. Insofar as far as the rights of everyone, Israelis and Palestinians, are not upheld and respected, there will be no justice and therefore no peace in the city. It is our duty not to ignore injustice nor any aggression against human dignity regardless of who is committing them.

We call upon the International Community, the Churches and all people of goodwill to intervene in order to put an end to these provocative actions, and to continue to pray for the peace of Jerusalem. We join in prayer with the intention of the Holy Father Pope Francis that “the multi-religious and multi-cultural identity of the Holy City might be respected and that fraternity might prevail.”

Tag: Heads of the Churches