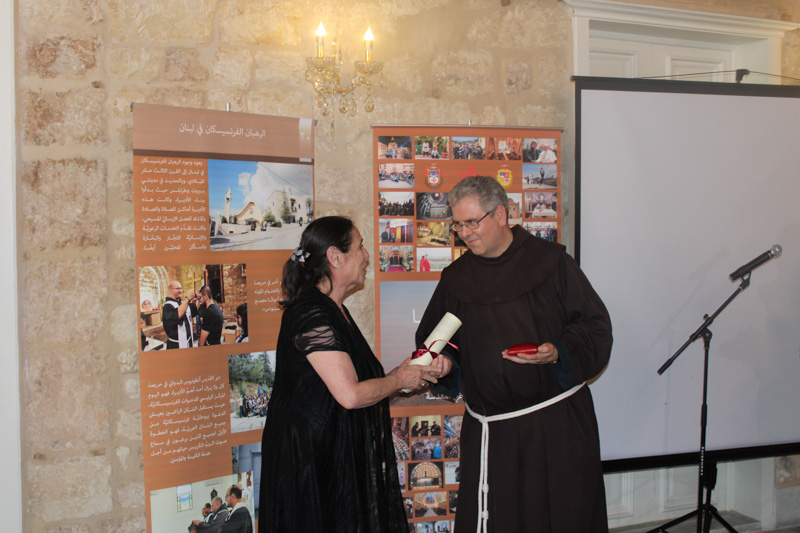 The Custos of the Holy Land, Br. Francesco Patton, during his visit to Lebanon, August 2021

It was 4 August 2020 when the catastrophic explosion in the port of Beirut attracted the eyes of the world to Lebanon. One year later, Fr. Firas Lutfi, guardian of the Franciscan convent in Beirut and Minister of the St Paul Region,  tells of the difficulties of living in a country which is suffering. “After last year’s explosion, Lebanon plunged into a chasm of problems,” he explains, “Even before them there had already been two other “explosions”: the economic crisis, which started on 17 October 2019, and the pandemic of Coronavirus which started in March 2020. After the explosion, every part of Beirut was disfigured and destroyed: homes, schools, hospitals and convents. The situation was aggravated by the lack of a government that could cope with these three crises. In the absence of clear political guidance, the country is plunging into chaos.”

In addition to the daily battles to find staple goods, in a country where the shelves in the supermarkets are now empty, there was the umpteenth tragedy: on 14 August a lorry full of fuel exploded, killing about thirty people.

“People are desperate, many have lost their jobs and in just two years, over 70% of the Lebanese population are living below the poverty line,” continues Fr. Firas. “The more the days pass, the more the situation seems to be without hope. From the spiritual point of view, I am open to hope, because I know that God never abandons his people. I also know that God uses human beings and their good will, but when this is lacking, the situation deteriorates. Yet we have seen  two important signs of hope that have brought a little consolation: the meeting in July for Lebanon that Pope Francis wanted and the visit to Lebanon in August by the Custos of the Holy Land.”

On 1 July, the Pope called to the Vatican all the Christian spiritual guides for a day of prayer and reflection for Lebanon. “This means that the Pope has the sufferings of the Lebanese people close to his heart,” says Fr. Firas.

The visit by Fr. Francesco Patton, Custos of the Holy Land, also gave hope back to the Franciscan community. “As early as last year, in the days following the explosion, the Custos had exhorted us, the friars in Lebanon, to think above all about the poor and those suffering,” the Franciscan explains. “This year, at the height of the crisis, the Custos has come to express his closeness and solidarity with the friars and the Lebanese people..

In the convent of Gemmayzeh in Beirut, hit by the explosions, on the anniversary of the tragedy, the Franciscans wanted to organize a moment of thanks to the Lord, for having succeeded in already doing 80% of the repairs of the damaged parts, thanks also to  the many benefactors. The Custos of the Holy Land was also present and on the following days he was able to visit all the sites in Lebanon and meet the friars operating there. In the parish of Tyre, Fr. Patton inaugurated a statue to St Paul, in memory of the Saint’s passing through that land. He also visited the Franciscan convent of Tripoli, where the summer camp for children was taking place, and the new parish of the Latin rite in Harissa.

From the start of the crisis, the Franciscans have stayed at the Lebanese people’s side, trying to help the families in greatest difficulty, thanks also to the support of the  Pro Terra Sancta Association. “In the five convents in the country, we have opened an emergency centre  to distribute each month about two thousand packages of food and material for hygiene,” says Fr. Firas. “We plan to start a project of psychological aid for the children and families who have undergone a trauma and at the moment about two hundred people have signed ud. We also want to open a project of microcredit, especially for young people, who are very discouraged. But we cannot forget that  “man does only live by bread alone but on each word that comes out of God’s mouth.” So we are also continuing our pastoral service, because we want people to feel consoled. We are convinced that underlying all the problems and the corruption there is a poor relationship with the Lord, whereas this is necessary to give an increasingly strong sense of existence. The pastoral service is a very important part..

Fr. Firas Lutfi, who has lived in Beirut for three years, after his service in Aleppo in Syria, explains what it means to live his mission at this time: “As the guardian of the convent of  Gemmayzeh in Beirut, every day I see the suffering of the people and I carry them in my daily prayer, so that this bitter cup passes away and so that the resurrection arrives at all levels: spiritual, social etc. On the other hand, I am Minister of the St Paul Region and so I do everything to provide for the material and spiritual needs of the friars in Lebanon, Syria and Jordan. I have contacts with many benefactors and friends who have ensured we lacked nothing. So I try to be the voice of the people at whose service I am.  Yet every day new wounds open and new challenges arise: today in Lebanon there are no medicines, petrol, diesel oil and so we still need help. In spite of all the difficulties, we use all our good will to offer what we have to the service of the poorest.” 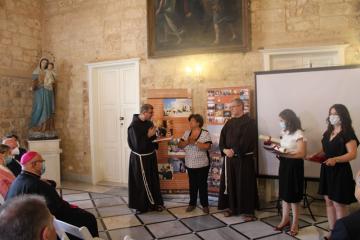 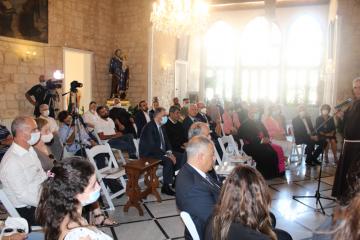 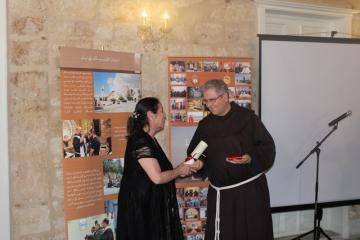 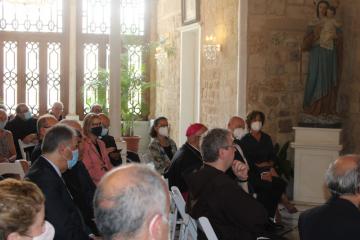 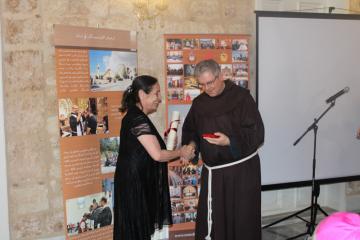 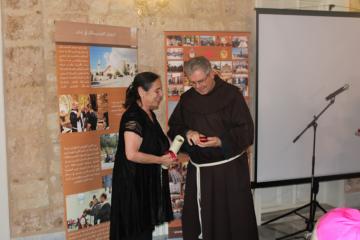 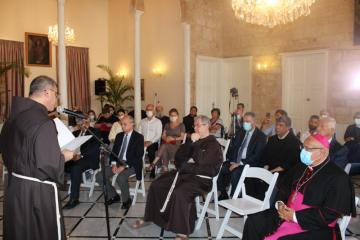 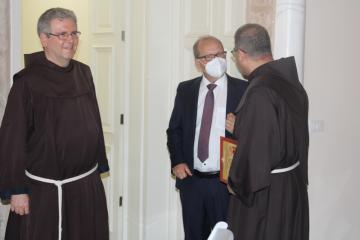 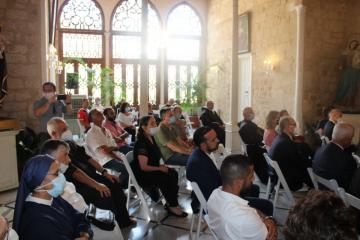 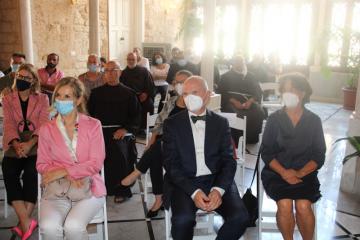 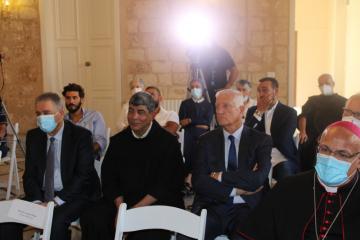 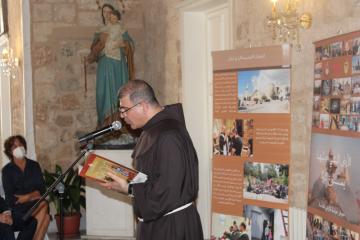 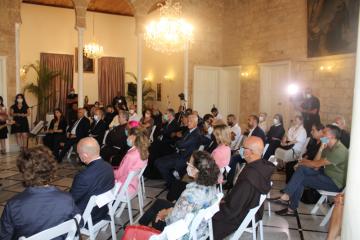 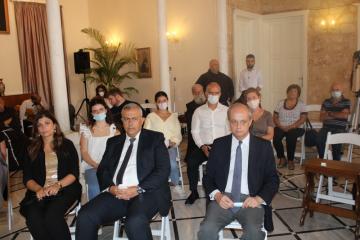 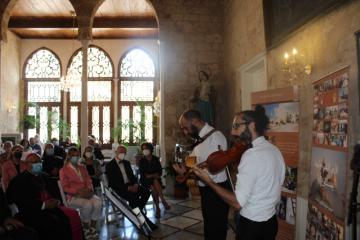