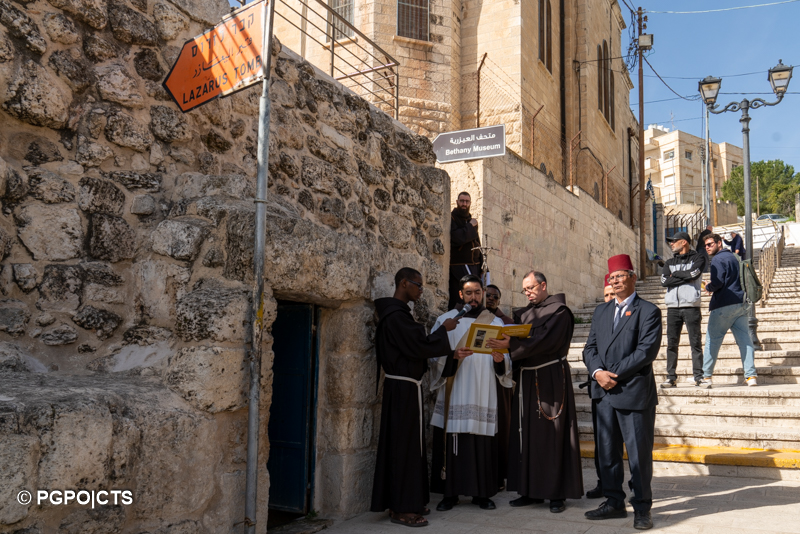 The fourth peregrination of Lent in the Holy Land started from Bethany, the village of Martha, Mary and Lazarus, standing behind the Mount of Olives, to continue towards the chapel of the Ascension and the church of the Pater Noster, on the same mount on the other side of the Wall of Separation.

On Thursday 31 March, after the Holy Mass presided by Fr. Eleazar Wrónski at 6.30 a.m. at the tomb of Lazarus, another celebration was held at 7.30 a.m. attended by the students of the Franciscan seminary of Jerusalem and various pilgrims and religious. The Secretary of the Custody,Fr. Marco Carrara, presided the liturgy, concelebrated by the guardian of St Saviour’s Convent, Fr. Marcelo Ariel Cichinelli and the superior of the fraternity of Bethany, Fr. Michael Sarquah.

"According to a Hebrew saying: teach through signs and make understand through images," said don Carlo  Adesso, the designated preacher for the Franciscan Lenten peregrinations, in his commentary on the Gospel (John 11, 1-45),which relates the resurrection of Lazarus which took place in Bethany itself, just a few steps away from the Franciscan church. "The sign is like a pointed finger, which indicates something much bigger and more splendid. And indeed the resurrection of Christ is much greater than the simple reanimation of the corpse of Lazarus. Exactly as the real presence of Christ in the Eucharist is far more sublime than the piece of bread in which Christ is concealed."

In his story by pictures, don Carlo quoted a passage from the penultimate book in the series of fantasy novels written by C.S. Lewis "The Chronicles of Narnia" in which the lion Aslan –representing Christ– does what Christ does in the passage from the Gospel: he is grieved by death but then he defeats it, overcoming it thanks to a drop of his blood.

"Each time we take part in Holy Mass and we feed on the Body and the Blood of Christ, there is a sort of “first resurrection”,” don Carlo continued. "It is the resurrection of forgiveness, of liberation, of redemption, of salvation from sin and evil. (...). This is why, after the Chalice, full of wine transformed into the Blood of Christ, has been elevated, the Church puts into our mouths the words that today, here in Bethany, shine full of light and of joy: ‘Every time we eat this bread and drink from this chalice, we announce your death, Lord, we proclaim your resurrection, awaiting your coming at the end of times.’”

After the mass, the Franciscan delegation went in pilgrimage to the tomb of Lazarus, in front of which the Gospel which relates the moment of the resurrection of Lazarus (John, 11,3-45) was solemnly proclaimed.

Until the start of the 2000s, Bethany was a village close to Jerusalem and easily reached by crossing  the Mount of Olives. Today, although it is still close to the city, the wall of separation between the Israeli and Palestinian territories prevents the passage which historically was easily made on this day, through the shrine of Bethphage, to reach the other two sites included in this peregrination: the chapel of the Ascension and the Carmelite church of Our Father. The two places were reached by going through one of the checkpoints that marks the passage between  the bordering territories, a few miles from the shrines. The first to have received the visit of the Franciscans is the place where the Ascension of Jesus to heaven is commemorated, and the passage of reference was read (Mark 16, 15-20).

The Franciscans then moved in a procession to the place commemorating the institution of Our Father, where the Franciscans and all the others present, after reading the passage of the Gospel of reference (Mark 5, 5-13), joined together to sing the prayer of Our Father. 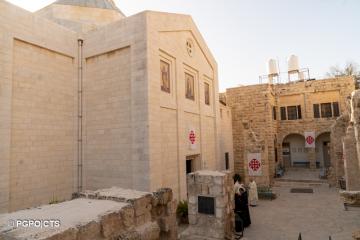 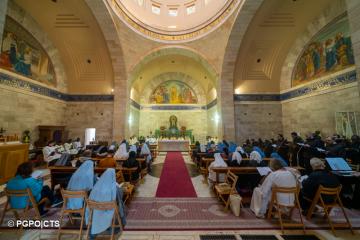 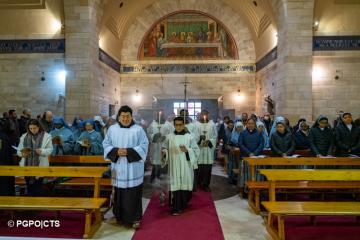 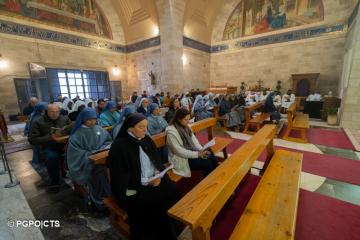 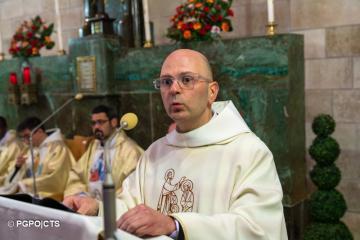 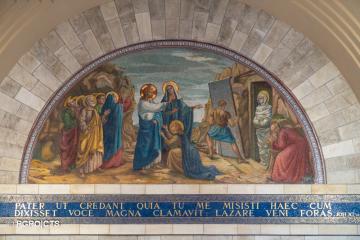 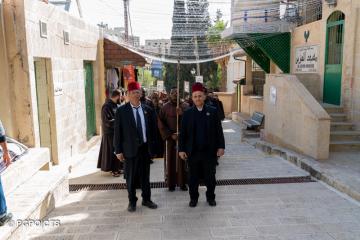 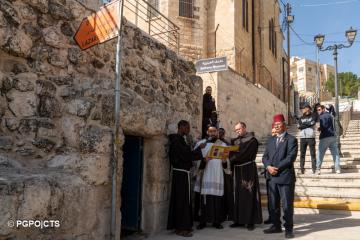 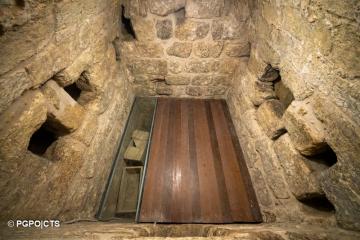 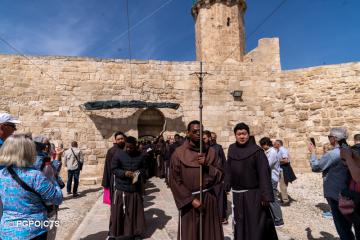 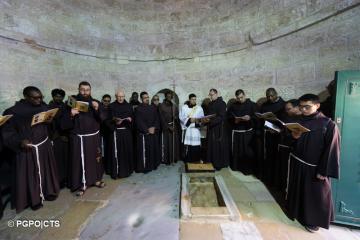 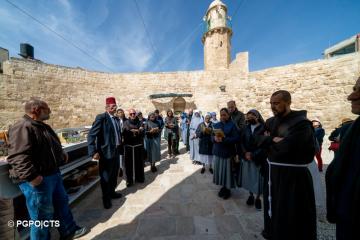 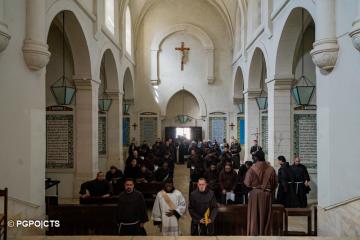 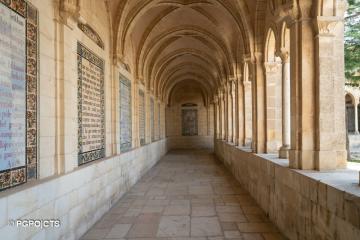 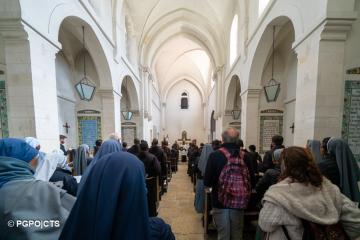