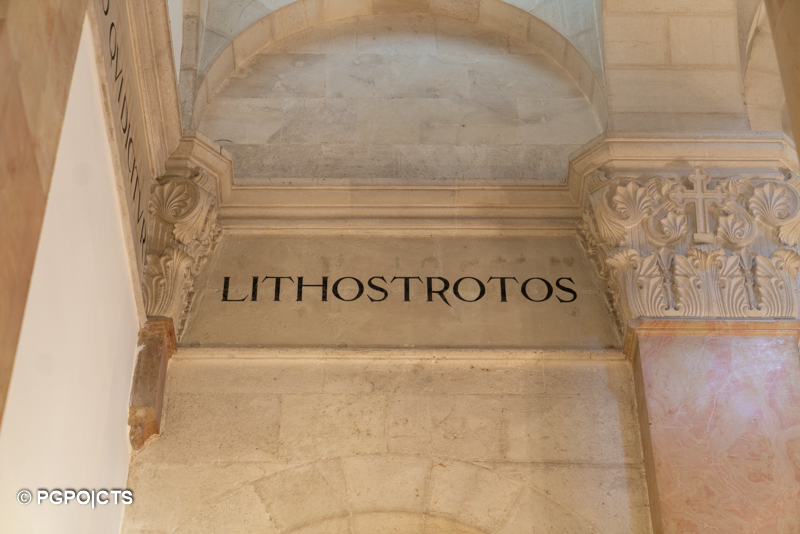 The fifth Lenten station of the liturgical peregrinations of the Custody of the Holy Land took place in the complex of the Flagellation on Wednesday 6 April. The mass was celebrated at the Shrine of the Condemnation, the site which evokes the conclusive act of the trial that saw Jesus accused in the hours following his arrest in Gethsemane.

The episode is narrated, with others, in chapter 19 of the Gospel according to John, which collects together the various phases of the trial which led to the condemnation of Christ by the Roman governor of Judaea, Pontius Pilate: “When Pilate hears these words he brought Jesus out and seated him on the judge’s bench in the place called Stone Pavement, in Hebrew, Gabbatha. […] And he said to the Jews: “Behold, your king!” They cried out, “Take him away, take him away! Crucify him!” Pilate said to them, “Shall I crucify your king?” The chief priests answered, “We have no king but Caesar.” Then he handed him over to them to be crucified.” (John, 19, 13-16).

The chapel, included within the enclosure of the Shrine of the Flagellation, was built between 1903 and 1904 by the Franciscan architect Fr. Wendelin di Menden and commemorates both the condemnation and the imposition of the cross. On the outer wall, it is possible to see the indication of the Second Station of the Via Dolorosa, while in the church, the floor is made up of large stone slabs, the presence of which has contributed to the belief that this is really the "evangelical Lithostratos" (Lithostratos means paved with stones.) More probably, this floor dates back, according to the archaeologists, to the times of the Emperor Hadrian and is alleged to be part of the floor of Aelia Capitolina, the Roman city built on the ruins of Jerusalem after the Third Judaic War (132-135 AD).

The solemn mass was presided by Don Stefano Vuaran, from the diocese of Concordia - Pordenone, while the homily was given by Don Carlo Giuseppe Adesso, of the diocese of San Marino - Montefeltro. A good number of local religious and faithful were also present.

Don Carlo introduced the homily quoting the Roman historian Tacitus, whose Annals represent an important historiographic source in support of the historical veracity of Jesus Christ. In particular, the preacher started from the trial element of the condemnation to death of Jesus, in comparison to which “even the most famous legal cases in history, such as the trial against Socrates, pale,” to trace a reflection with a wider scope of the value of the sacrifice offered by Christ in his Passion. A hideous death, aggravated by that mocking title of “King of the Jews” showing the condemnation of Jesus and then displayed on the cross. “Pilate also had an inscription written and out on the cross. It read, “Jesus the Nazorean, the King of the Jews.” (John19,19). It is precisely here that the royalty of Christ lies, as well as his power: in the transformation of these tragic events into something glorious, in the conversion of their meaning into something new and triumphant. There, where the gap between legality and justice seems impossible to fill, Christ shows all his divinity, upsetting all human logic with the scandal of his death on the cross. It is a cross which “in the eyes of Pilate and the Jews, represents the just condemnation of the accused, Jesus of Nazareth, while in the eyes of the Evangelist (and in our eyes) it becomes the royal sceptre that Christ holds as a sign of his victory over sin and death." 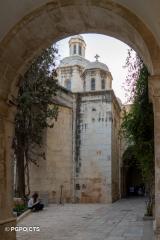 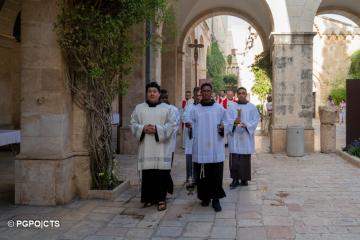 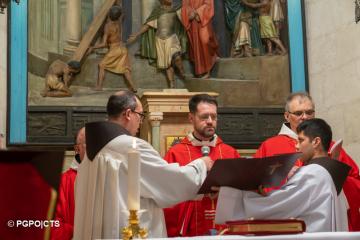 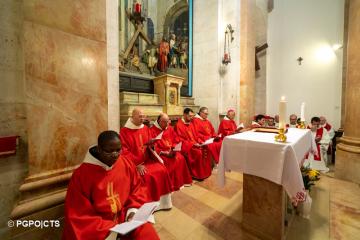 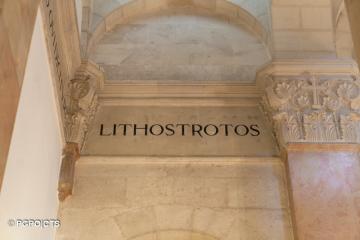 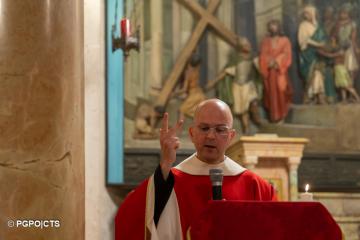 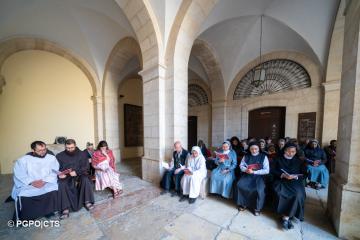 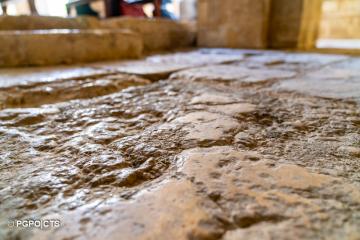 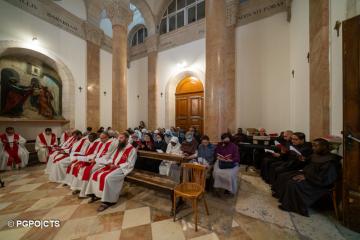 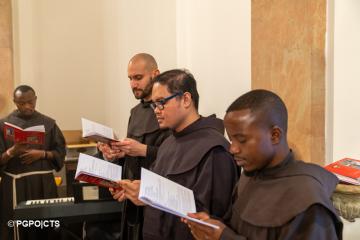 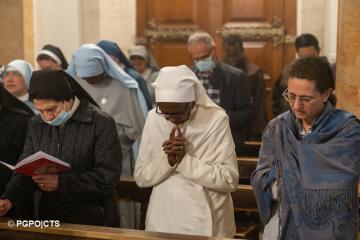 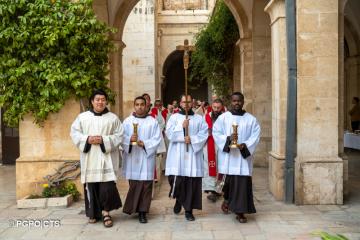