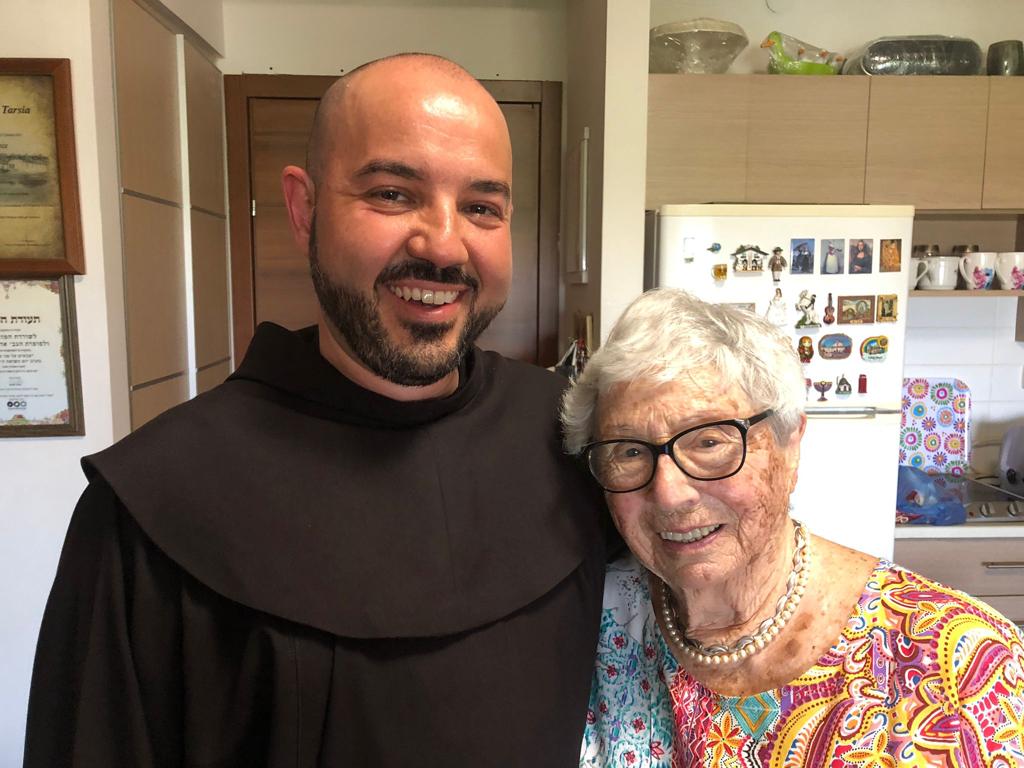 There is a special bond between Pontevico, a village in the province of Brescia (Italy) and the  Magnificat of Jerusalem: although very distant from one another, they met on a special day, 22nd October when, at the ceremony of inauguration of the Civic Hall named after Giuseppe Ippoliti and Teresa Zani (the couple who saved Edith Fischhof and her sister Trude from the Nazi-Fascist fury in 1943), two musicians from the Magnificat School of Music, Willian Odeid and Faheem Khoury, took part with a performance, thanks to the fitting suggestion of Fr Alberto Joan Pari (who is himself from Pontevico).

Fr. Alberto Joan is the bridge between Pontevico and Edith Fischhof, as he had learned fìrst hand more than twenty years ago of her intense and moving story, like all the stories of the survivors of the Shoah.

“When I was a primary school teacher in the early 2000s, this lady came to our school,” Fr Alberto explains. “She was about 77 and told us that she wanted to tell the children her story, because it was precisely here, in Pontevico, in 1943 that she and her sister Trude had been saved from the round-up of the Jews by the courage and action of Giuseppe Ippoliti, a carabiniere, and his wife, Teresa Zani, who took them into their home in Chiesuola di Pontevico. After staying in the village, at the end of the war, the sisters had found a Jewish association in Milan that organized a new life for survivors and, thanks to that, they were able to go to  Israel.”

“As her life got back to normal, Edith tried to remove the torment of the past. Over time however, she had begun to think back to what she had gone through: when they invited her to speak about her story, she realized that she had never thanked everyone who had helped her stay alive in Pontevico,  including at the risk of their own lives. The turning point was a dream, in which Giuseppe Ippoliti asked her, “Lidia, how are you?” calling her by the false name they had given her. It was at that moment that Edith realized that she had to go back to Pontevico and do something for the community that had saved her: when I met her, at school, it was the first time that she had returned to the village, to tell her story and collect documentation that would be useful for allowing Giuseppe Ippoliti and his wife to be recognized as “Just among the Nations” (the greatest honorary title granted by the Israeli authorities).”

“When I arrived in the Holy Land after my vocation,” Fr Alberto continues, “I had not connected the fact that Edith was here, and that she knew my village, Pontevico: but thanks to a colleague from school, with whom I was still in touch, I finally found the way to contact her last year, on the Day of Memory, shortly after she had obtained the distinction for the couple.”

Edith Fischhof spent 20 years on her mission: it was not until 7th October 2021 that the National Board for the Memory of the Shoah  granted, in Latina, the distinction of “Just among the Nations” to Prof Paolo Ippoliti, the great-grandson of the decorated couple.

A year after that recognition, on 22nd October this year, the Council of Pontevico decided to pay tribute to Giuseppe and Teresa with the ceremony of inauguration of the Civic Hall named after them, in the presence of Edith: “I immediately realized,” Fr Alberto continued,  “that I had to find a way of exalting and celebrating this bond between Pontevico, the Holy Land and Jerusalem. And there could have been no better way than involving the students of the Magnificat in a concert in honour of Edith, of those who saved her, and of my village as well, which helped save her.”

“They have been intense days, and it was very moving to see Edith again there, in Pontevico, and feel the warmth and the welcome of my community. In addition, for me it was an honour to have been able to contribute to this event with the participation of the Magnificat, the mission of which is precisely to educate on music without any distinction of race, language or religion, encouraging harmony and dialogue between peoples.”

Edith Fischhof has not yet had the chance to see in person her saviours’ names as “Just among the Nations” engraved in the stone of Yad Vashem: Fr. Alberto has promised her that he will be the first to accompany her to the wall of the Just, as a representative of Pontevico, the village, Edith confides, “that all my dear ones will remember forever.” 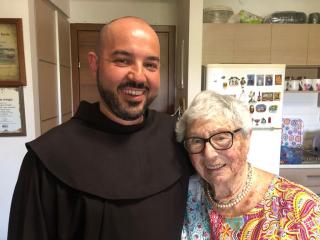 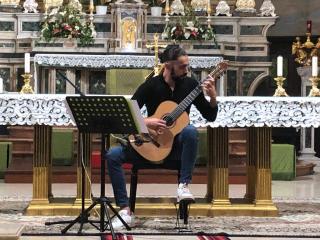 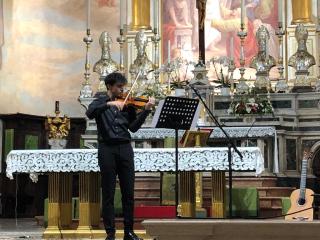 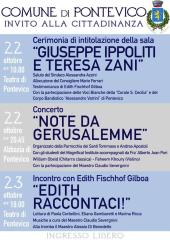 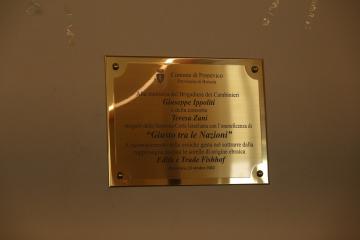 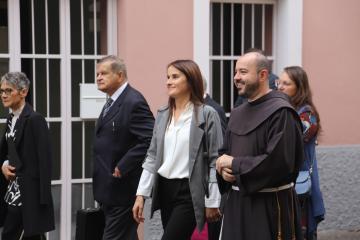 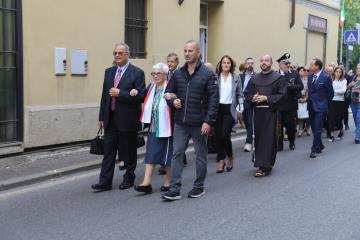 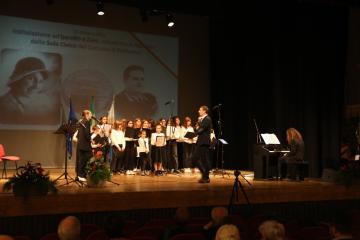 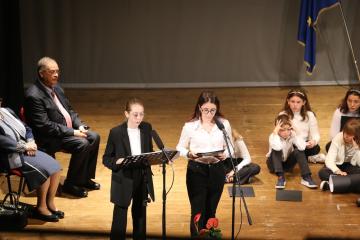 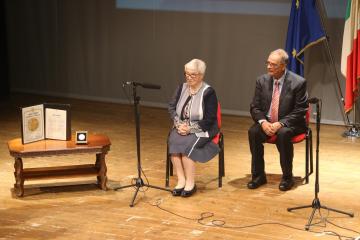 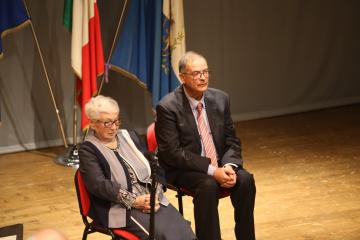 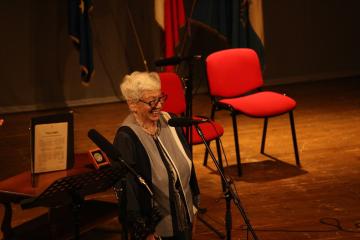 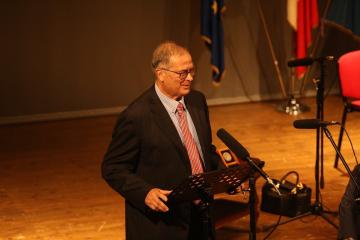 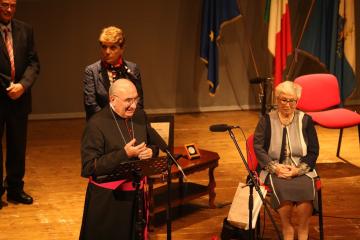 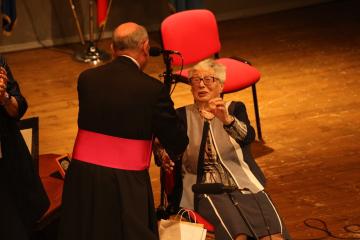 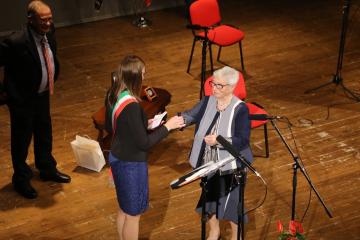 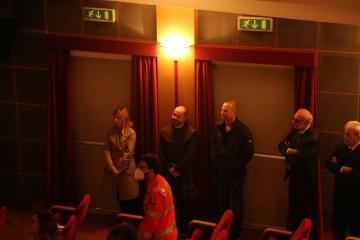 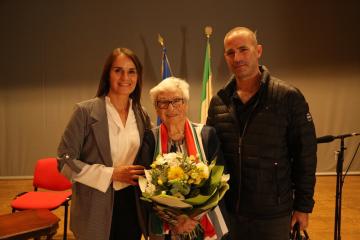 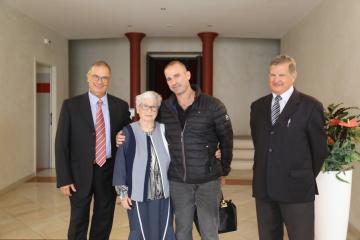 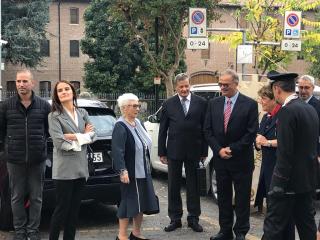 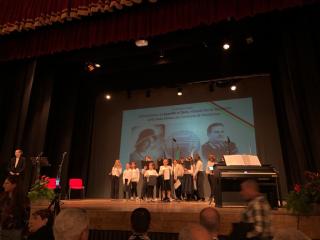 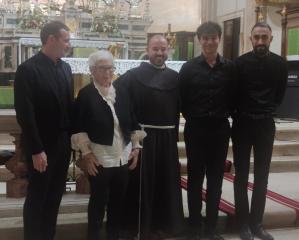 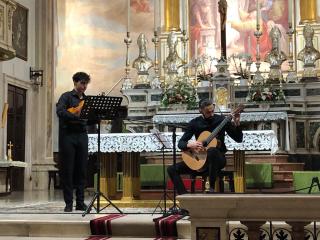