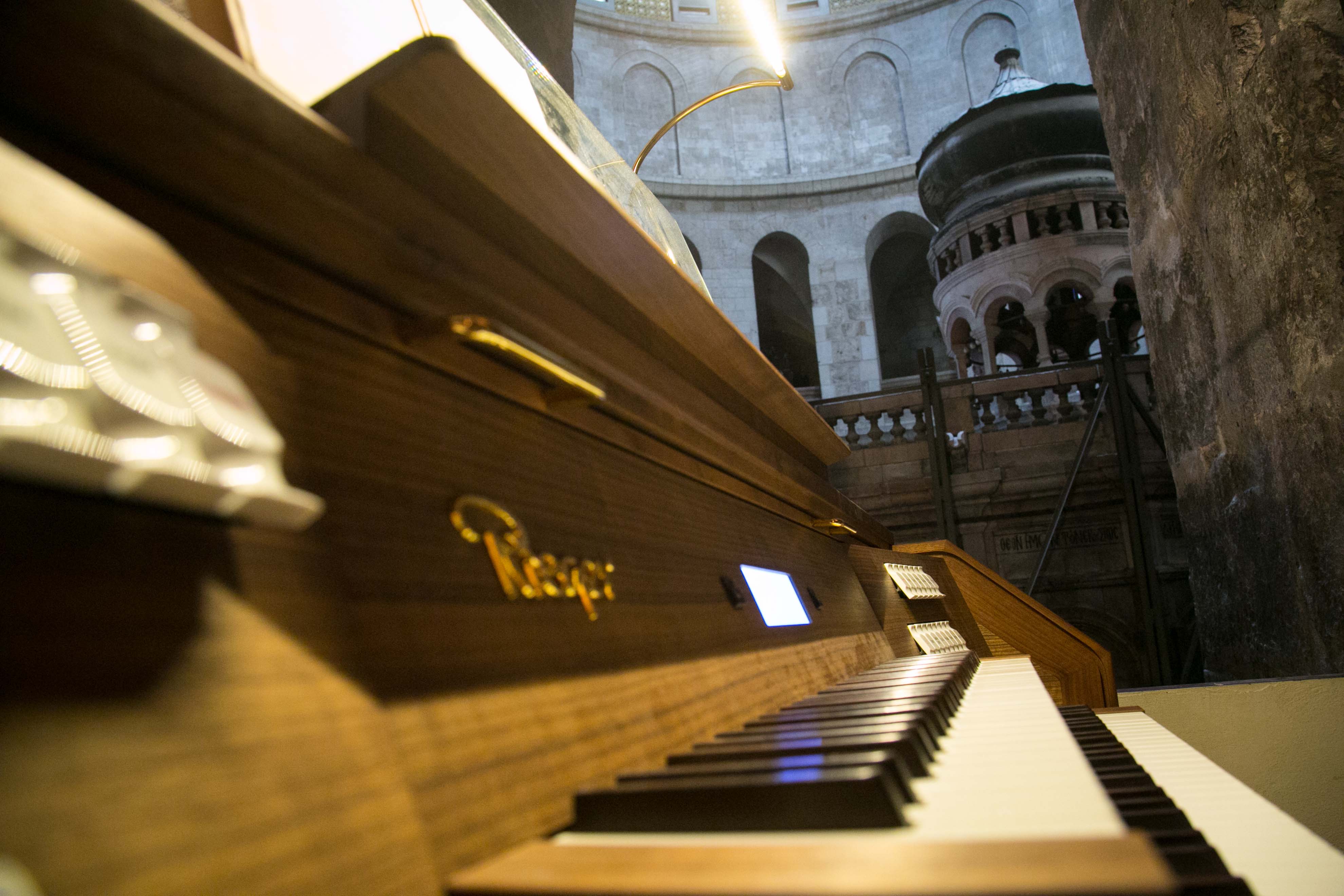 The Middle East will pass month breathing to the sound of the organ. For the first time, a music festival will feature the various instruments of the region, a unique event on the international level, as much for the musicians’ countries of origin as for the countries in which it will take place.

It festival is not only unique, but completely new. For the first time, during an entire month (from the 5th to the 28th of November) the Middle East will host an organ festival. During this inaugural year of the festival, the concerts will take place in three countries within the Custody of the Holy Land: Israel, Palestine and Rhodes. Although the region has already been organ concerts, notably at Saint Saviour Monastery in Jerusalem, the international scope of this event gives it an entirely new character.

Fra Ricardo Ceriani, the organizer of the festival, hopes that the event will become an institution in the coming years. “The idea is to feature a country in the Custody each year through a series of concerts, so as to reveal the richness of this musical heritage.”

The festival is an international event not only by virtue of the concert sites, but also in terms of the musicians’ nationalities. German, Italian and American, the five organists are well known.

For Fra Ricardo, the festival has a dual objective. “It is a beautiful example of the Christian presence in all these countries. Music is another means of showing the rich cultural heritage of these communities.”

The concert series is under the aegis of the Custody, but the place of the local Churches is being stressed. “We wanted to involve the local communities so that this festival would not be just an external initiative, but a project in which they are partners, a project related to their heritage, their identity,” explains the Friar Minor.

The festival will also be an opportunity to draw attention to these little known instruments that constitute cultural wealth.

Fra Ricardo underlines two unusual aspects of the festival. On one hand, a concert will take place at Qubeibe (on November 23rd at noon) the Franciscan Emmaus, where Christians are an infinitesimal minority. The idea is to allow all interested parties, Christian or not, to discover this Franciscan presence, as well as this little-known organ. Busses will leave from Jerusalem and Bethlehem to travel to this enclosed village. A picnic will bring all the music lovers together after the concert.

On the other hand, the concert at St. Peter of Jaffa (on November 18th at 7:00 p.m.) will feature the oldest organ in the Holy Land.

After the festival, a recording of all the concerts will be marketed on CD and DVD as a souvenir of this unique event.

The program, time schedule and explanations can be found at the festival’s Internet site: http://www.tsorganfestival.org (with translation into several languages).