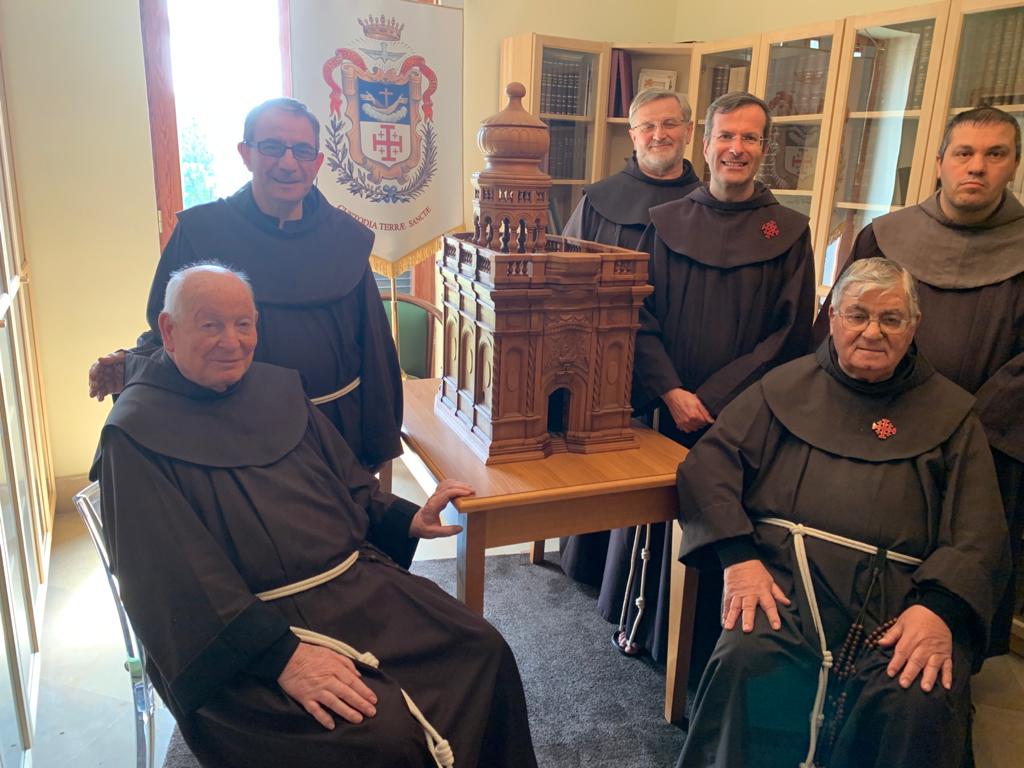 The then Kingdom of Naples had a key role for the Franciscans of the Holy Land: it was the Kings of Naples who, in 1333, bought the place on Mount Sion which tradition recognizes as the Cenacle (the first seat of the Custody) and paid the tributes to enter the Holy Sepulchre, so that the Franciscan friars could celebrate the sacred liturgies there. The royals of Naples, Robert of Anjou and Sancha of Majorca felt they were the sovereigns of Jerusalem, due to their being descendants of Frederick II, who was married to Yolande of Brienne, heiress of the Kingdom of Jerusalem. This then led to the need to finance the mission in the Holy Land  and the Opera Pia di Terra Santa, also called the Commissariat General of the Holy Land of Naples, was established for this purpose.

“The main aims of this Commissariat, according to the original wishes of the Royals of Naples, have always been to offer economic help to the Franciscans of the Holy Land; organize and lead the pilgrimages from the different countries in the Holy Places; select faithful and conscientious administrators of the generous donations of money, movable assets and real property made by kings, princes and private individuals for the Holy Places and the Friars Minor of Palestine,”. says Fr. Sergio Galdi d’Aragona, the present Commissar-General of the Holy Land and guardian of the Naples convent.

Naples at the time had a great ability to raise funds and there were about 40 mendicant friars for the Holy Land, called collectors, i.e. lay friars who travelled all over the south of Italy on foot or by donkey to collect the offers for the Opera Pia di Terra Santa. As evidence of the tireless work of the friars, there is even an 18th century Neapolitan painting in the Royal palace of Naples, which shows the mission of the collectors of the Holy Land  in the area.

“Today there are only two collectors in the world left and they are at the service of the Commissariat of Naples,” explains Fr. Sergio. “Their day begins early in the morning, at six, when they go out to go and visit the members of the Opera Pia di Terra Santa. Usually they follow a weekly programme and tell their contacts in good time  in the towns of the members, who wait for them “like manna”.  In some places there is still a sincere and genuine faith and so there is still a strong bond with the Holy Land.” The collectors can rely on the support of some laywomen, called “zealots”, of whom there are still a great many in other parts of the world, such as in the area of the Commissariat of the Holy Land of Mexico. “They are women who have the Holy Land and the Opera Pia di Terra Santa particularly close to their hearts," continues Fr. Sergio. “Today we are in a process of structural modernization to reach the members of the Opera Pia di Terra Santa, who numbered many thousands in the past.”  Today their number has been greatly reduced but we try to encourage new members through a newsletter, the  website and the Facebook page .

“Since I arrived in 2016, I have worked on promoting what today is the Commissariat of the Holy Land of Southern Italy, I have supported cultural events and conferences and I have tried to raise the awareness of the bishops of southern Italy for the Good Friday Collection (for the Holy Land). I think that this work of awareness-raising has given its first fruits, as the Good Friday collection has increased fourfold in the last four years.

The Commissariat of Naples therefore has three economic sources to finance the Holy Land: one is the Good Friday Collection, then there is the income brought home by the two collectors of the Holy Land and lastly, we have recently added the work of contacting by letter or through the social networks, addressed to all those the collectors cannot reach.”

“The Covid-19 pandemic has had a strong impact on our mission, in the first place thinking of the pilgrimages, many of which were led by the Deputy Commissar Fr. Giuseppe Gaffurini, and which now can no longer be organized,” says the Commissar of Naples. “The economic crisis caused by the pandemic has also damaged the local craftsmen in the Holy Land, like those who worked olive wood. This is why we have commissioned various objects through our contacts, to offer devotional objects from the Land of the incarnation, to our members of the Opera Pia di Terra Santa”.

From Salerno, Fr. Sergio Galdi d’Aragona is a  Franciscan and belongs to the Custody of the Holy Land, which provided his formation from 2005. In the past he has also performed the service of Secretary of the Holy Land (for the three years 2013-2016), before being appointed Commissar General of the Holy Land, based in Naples (Italy), and again in 2016 President of the Conference of the Commissars of the Italian Language, to which Italy and some Slav countries belong. In the session of 20th March 2019 the General Definitorium  elected him Secretary for the 2021 General Chapter.

“When I was Secretary of the Holy Land, I was at the heart of the Custody and I was in all-round contact with the issues of the Custody. Here I have a different perspective,” says Fr. Sergio. “It was a fortunate move because I am originally from Salerno and it was a homecoming to a city that I love deeply. I felt grafted on to a river of history, a history that has needed to be revisited and reviewed. Today we can no longer look to the future only with the donations of the collectors. I have picked up this very noble inheritance  of the Commissariat of Naples and with the friars and the collaborators  we are transforming it. We want to keep the traditions, but nevertheless give new forms  and new stimuli to project the Commissariat General of Naples towards the future and – together with the mission of the collectors – study, invent and apply the new techniques of fundraising in support of the work of the Custody of the Holy Land.” 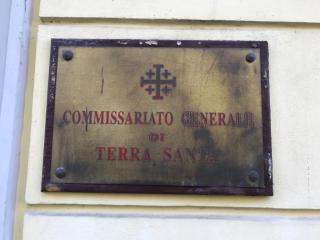 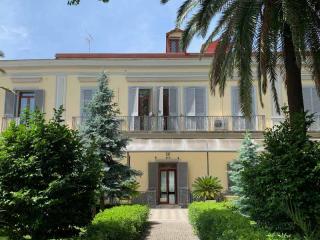 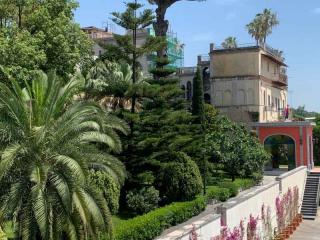 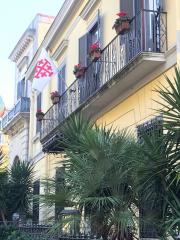 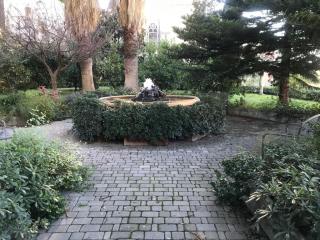 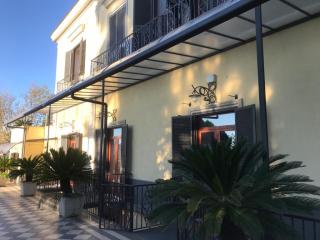 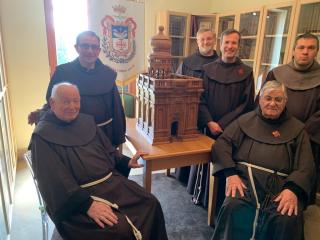 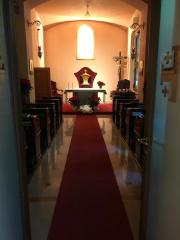