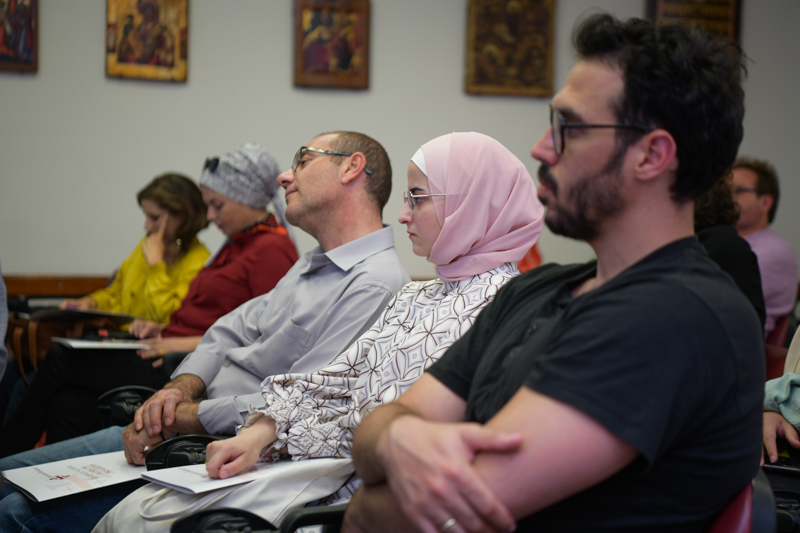 In the presence of the Custos of the Holy Land, Fr. Francesco Patton, the Open Day was held at St Saviour’s Convent  on Monday, 19 September. The meeting had the precise objective of presenting, in the TSM Project, the future historical section of the Terra Sancta Museum, with particular attention to the Palestinian collections and the project of architectural restoration.

After the opening, in 2017, of the archaeological section in the Convent of the Flagellation, which houses the objects found during the excavations by the Studium Biblicum Franciscanum, and of the multimedia section “Via Dolorosa” – an immersive installation of sounds, lights and images on the 2000 years of the history of the city of Jerusalem –, work is now being done on the new historical section,  which will be located in the headquarters of the Franciscans in the Holy Land. Under the church of St Saviour’s Convent.

Fr. Stéphane Milovitch – current Director of the Department of the Cultural Heritage of the Custody – introduced the meeting, specifying how the TSM Project is fully part of the mission of the Custody of the Holy Land. It intends to showcase in the heart of the Old City the spiritual, archaeological and artistic Christian heritage, preserved with care by the Franciscans over the last eight centuries. “Keeping these places alive,” continued Fr. Stéphane Milovitch, “means showing pilgrims, the local Churches and the Jewish and Muslim faithful, the artistic heritage that has been created over the centuries, as evidence of the centrality of Jerusalem and its role over the centuries.”

Beatrix Saule, Honorary General Director of the palace of Versailles, is the President of the Scientific Committee of the TSM which oversees this project in close contact with Leonardo Di Marco, Director of the Technical Department of the Custody.

“The new historical section,” explained Beatrix Saule, “will have an itinerary of 22 rooms, over a surface area of 1200 square metres. A small introductory section is planned on the birth of the Church in Jerusalem, to then access the two large artistic sections. The first section, dedicated to the “History and mission of the Custody of the Holy Land”, aims to inform the visitor about the history of the presence of the Franciscans in this land, but above all to make them aware that they are part of an uninterrupted chain of believers of the local and universal Church, in the Holy Land. This section will highlight the role and the relations of the friars with the local Latin Church but also with other Christian communities, presenting a room dedicated to Oriental Christian art and mother-of-pearl.”

George Al’Ama, member of the Scientific Committee of the TSM and an expert in Palestinian art, emphasized how much this museum means for him and to keep the Christian identity in Jerusalem. “Behind every work of art there is a family, a workshop, a technique and the evidence of these close relations between Christian communities of different countries in the region,” as Jerusalem is the centre of  an important artistic influence, as shown by the research project on Palestinian icons, started by Raphaëlle Ziadé, member of the Scientific Committee and Director of the Department of Byzantine Art at the Petit Palais in Paris.

The second section concerns more closely the “Treasure of the Holy Sepulchre”, where precious unique pieces donated by the European royal families to show their devotion to the Holy Places and support the Custody will be on display.  Liturgical objects, ornaments and sacred vestments of rare production, exquisite pharmaceutical jars and armour will be exhibited, as well as more exceptional works, such as the oldest organ of Christianity (12th century).

Vincenzo Zuppardo and Lorraine Abu Azizeh – both architects who are responsible for the Terra Sancta Museum –  guided the visitors to the site where the new collection will be housed. The oldest part of St Saviour’s Convent dates back to the monastery of the Georgians, where the first Franciscans found refuge in 1557, when they were expelled from the convent on Mount Sion by the Turks. The structural works on the museum’s rooms here require very great attention, due to the specificities linked both to their location but also to their situation in pre-existing buildings, built in different periods. “The main problems that have to be faced,”  the architects explain, “are the  structural stability of the building and humidity, but also the difficulty of levelling the floors of the rooms, so that the space can be accessed by people with disabilities.”

In the face of these architectonic challenges and on the basis of their long experience in the field, the team of the Technical Department of the Custody had the intuition of proposing a series of workshops, open to Palestinian students and professionals in the  architecture and engineering sectors, interested in knowing at close hand the methodologies and techniques of restoration and conservation of buildings. The project, supported by the French Agency for Development (AFD) and the Palestinian NGO Development Center (NDC) has also scheduled, between January and June 2023, four workshops  with Palestinian and international speakers. The time has come to meet but also to mobilize so that the Palestinian world can become fully aware of the prestigious objectives of the Terra Sancta Museum and its desire to collaborate in full with the area. 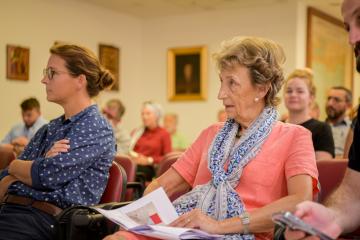 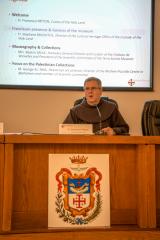 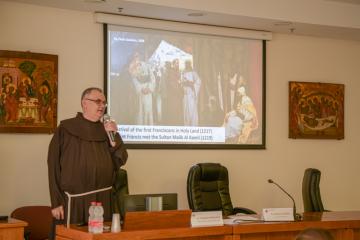 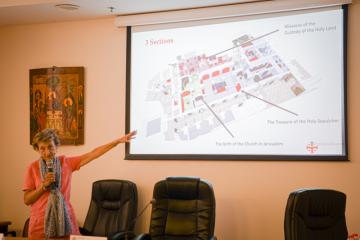 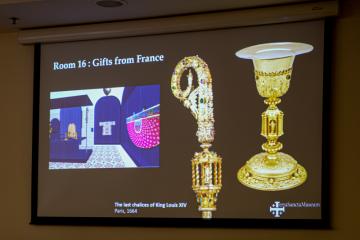 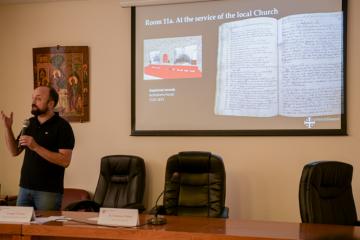 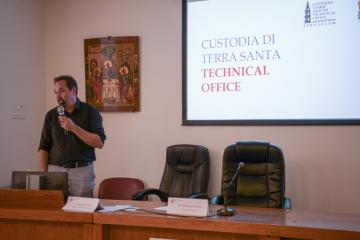 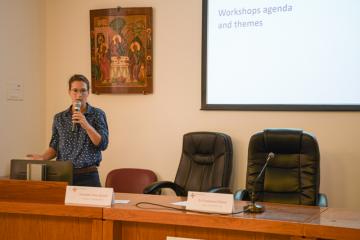 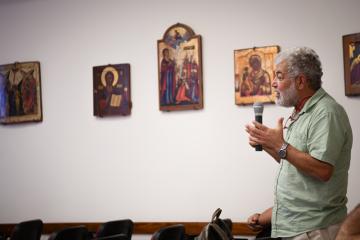 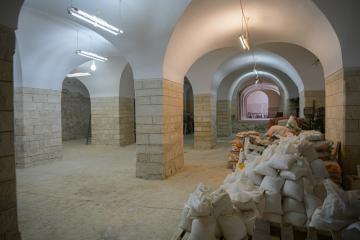 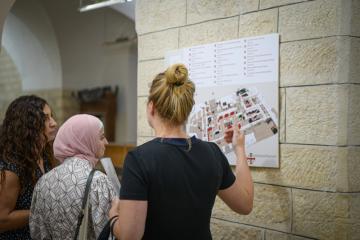 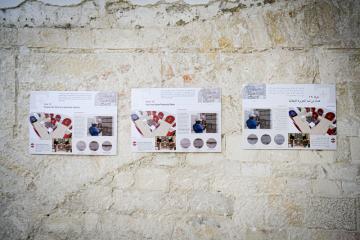 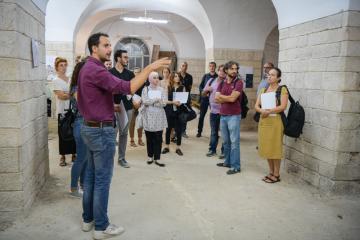 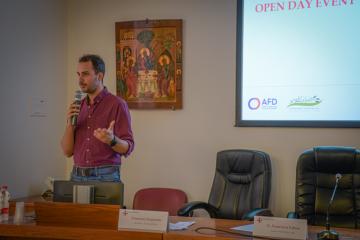 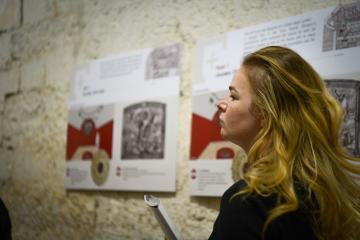 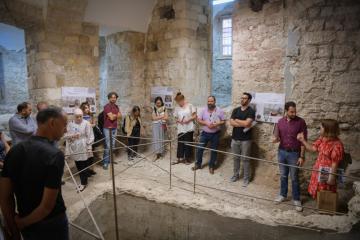 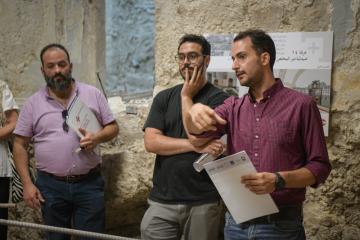 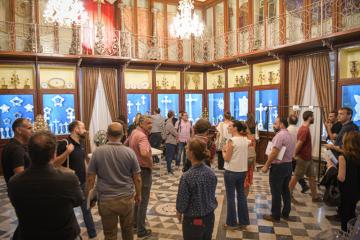 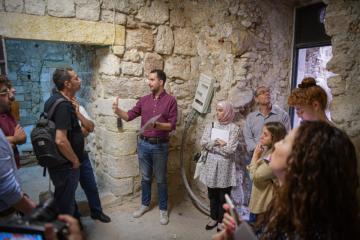