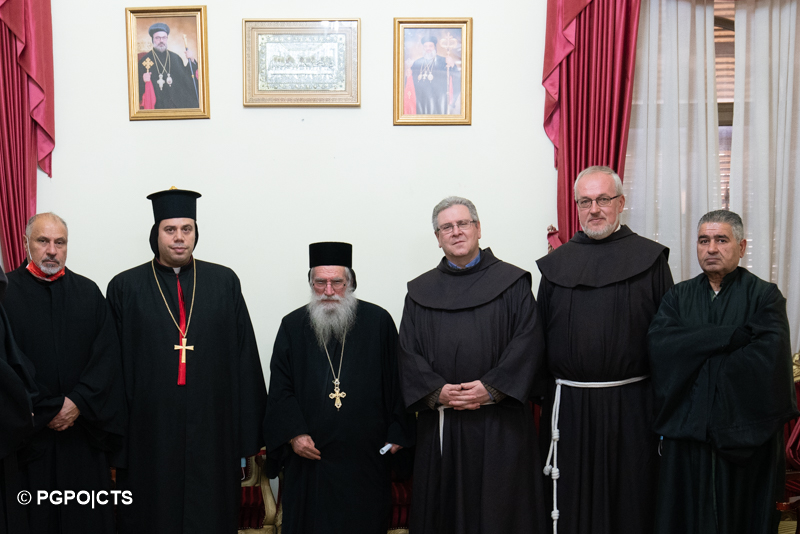 They exchanged the gesture of brotherhood of about two weeks ago, when they received the brothers of the other Christian confessions at St Saviour’s Convent who wished them a Merry Christmas.

“I would like to express my gratitude for our fraternal relationship which leads us to cooperate in the most important holy places of Christianity and in preserving the Christian character of Jerusalem,” said the Custos of the Holy Land, Fr. Francesco Patton. “While we want to preserve the cultural and religious diversity of Jerusalem, we refuse and condemn every type of pressure, violence and lack of respect for the Christians of Jerusalem.” The Greek Orthodox Patriarch, Theophilis, thanked the Franciscans for the collaboration between the communities and expressed words of appreciation for the work of Fr. Patton on behalf of the Christian communities of the Holy Land: “In these times, we are renewing our trust in the word of God, let’s renew our commitment to the pastoral mission,” said Theophilis III.

The Custos of the Holy Land also brought the greetings of the Custody to the Coptic Orthodox brothers: “We are here to offer you our Christmas wishes and the reason for this tradition is the desire to share what we believe in and the same mystery we celebrate.” On behalf of the Coptic Patriarch Anba Antonious, Father Antonious El-Ourshalimi, in charge of public relations, thanked the friars for having come in such large numbers and ensured the prayers and the closeness of the Patriarch, who was unable to be present due to health problems.

“The festive Christmas atmosphere shows everyone that Jesus – who was born in Bethlehem-, speaks to everyone and offers us all the same gift of joy, peace, new life and hope,” Fr. Patton told the brothers of the Syriac Church. “Today we want to ensure closeness and friendship with the whole Syriac community and a prayer for the communities that are suffering because of situations of war, migration and difficulties. May the King of Peace bring peace to all the peoples of the Middle East, and in the whole world,” the Custos continued. Father Shimon, of the Syriac Orthodox Patriarchate, expressed to the Franciscan friars his gratitude for this meeting and he was joined by the words of thanks of Father Ephram Samaan of the Syro-Catholic Patriarchal Exarchate.

In the heart of the Old City of Jerusalem, the Franciscans visited, in the last place, the Ethiopian Orthodox Church. “We are brothers, loved and saved by the same Heavenly Father in his only Son. He is the real source of our joy, peace and brotherly communion,” said Fr. Patton. The Ethiopian Archbishop Aba Embakob welcomed the friars and shared with them a moment of brotherhood, enlivened by the joy of Christmas. 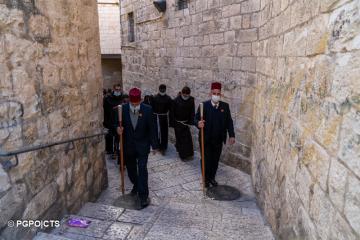 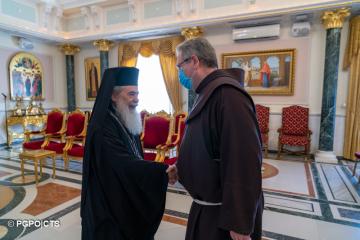 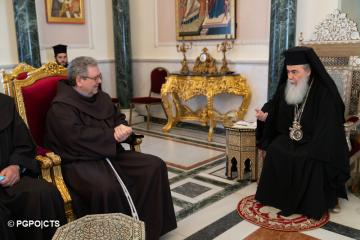 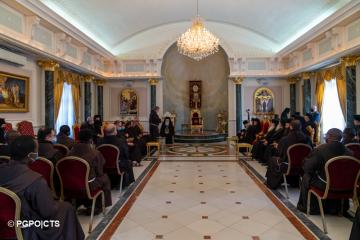 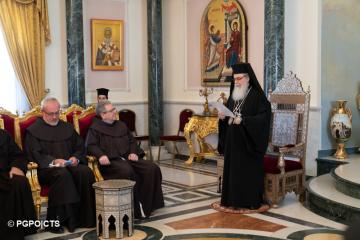 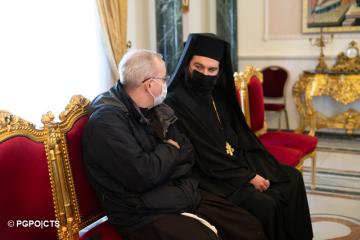 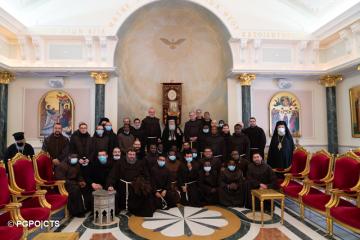 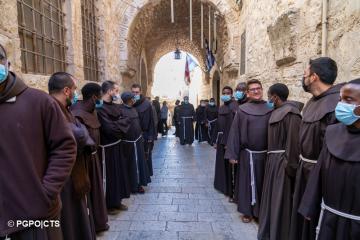 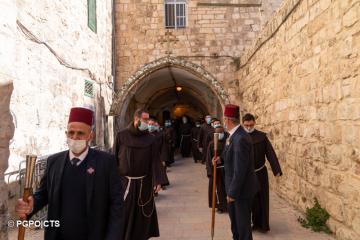 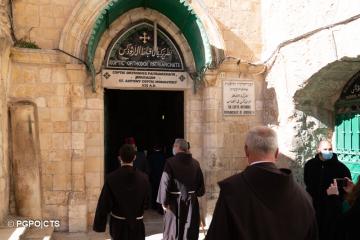 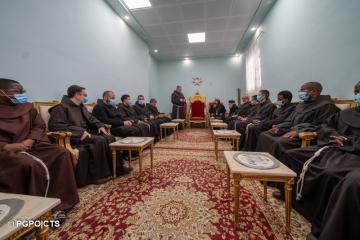 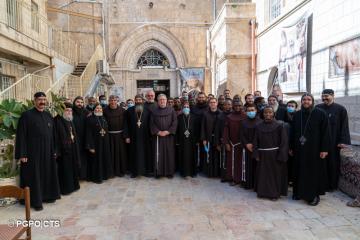 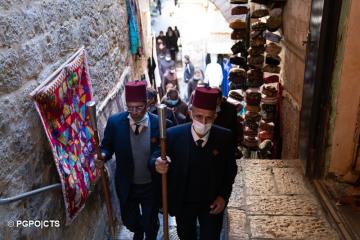 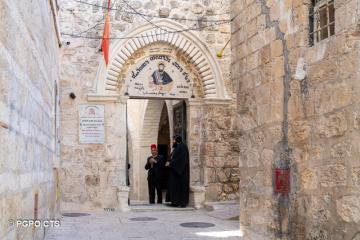 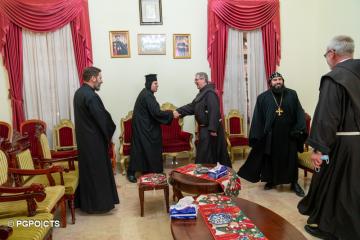 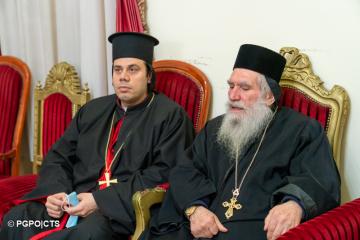 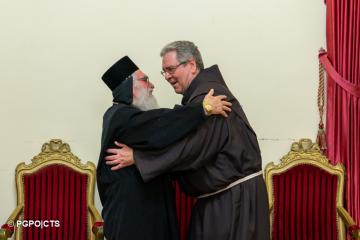 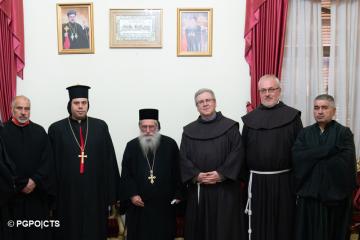 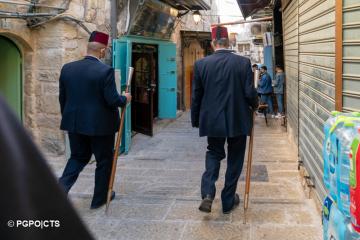 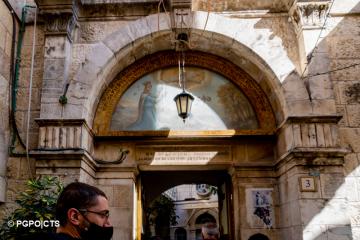 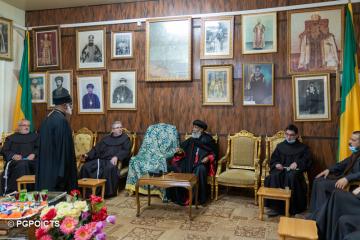 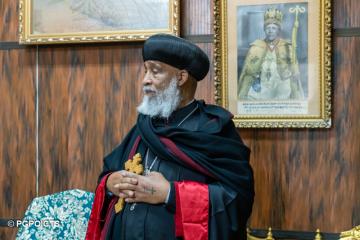 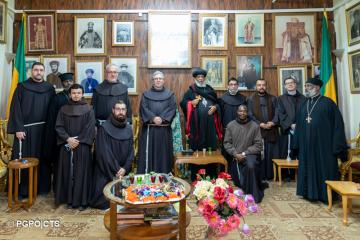 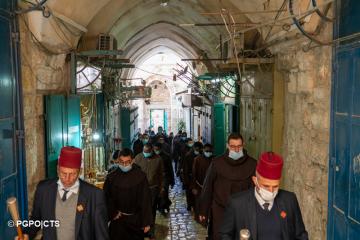 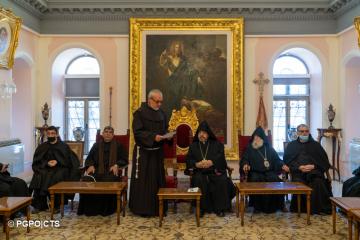 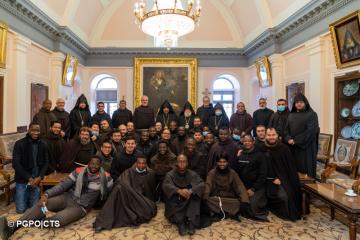 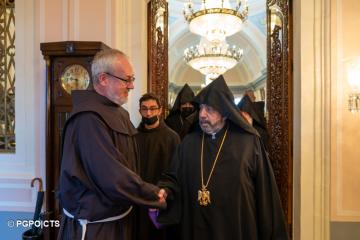 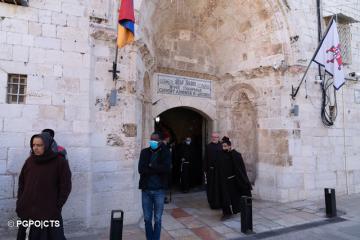