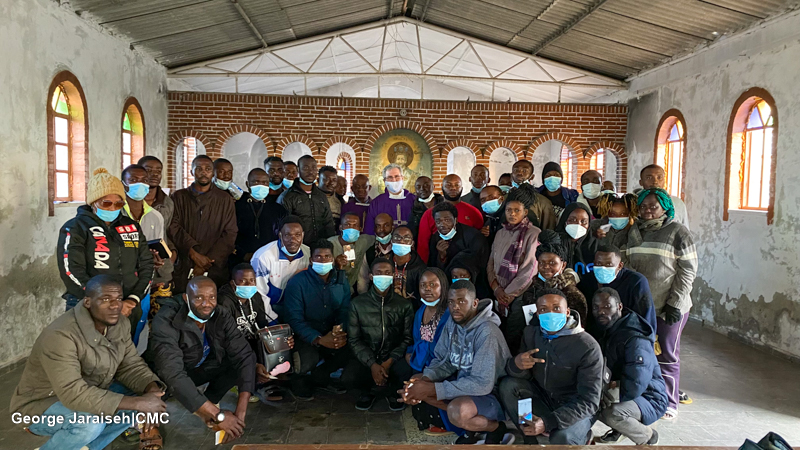 The visit of the Custos of the Holy Land Fr. Francesco Patton to the reception centre of Pournara, December 2021

In front of the Latin church of Nicosia, a massive barrier, topped with barbed wire, bars the road: it is only one of the places where the division of Nicosia, the last divided European capital, can be seen. The Franciscans of the Custody of the Holy Land, who have been present on the island for eight centuries, work in the Latin parish with a tireless commitment to the pastoral care of Christians.

Almost fifty years after the Turkish occupation of the northern part of the country, Cyprus is still a fragmented nation and which still has to reckon with an increase in the migratory flows and a population that is varied by origin and identity. The Catholics include 3,000 Maronites and 26,000 Latins, of whom only 2,500 are local. All the others are immigrants for work or for study, refugees or asylum-seekers in search of a better life.

“We meet them every day outside our church,” explains Fr. Andrew Arhin, the parish priest of the Latin church of Nicosia. “They come from far away: Congo, Cameroon, Nigeria, but also from the Middle East and South-East Asia. Some arrive with a legal contract for employment, but when it expires, they do not leave the country. They remain illegally or they apply for refugee status. Whereas others cross the border from the north of Cyprus, when they see that there life is not as they had been told and they try to seek asylum in the south of Cyprus.”

In the attempt to integrate Christians from very different countries into the Catholic community, masses are celebrated in many languages in Nicosia: English and then in rotation Spanish, French, Polish, Tagalog, Sinhala and Greek.

The asylum-seekers of Pournara

When the  Pope visited Cyprus  last December, the Franciscans of Nicosia wanted to reach another community thirsty for the word of God, which was like a small flock without a shepherd: that of the asylum-seekers in the reception centre of Pournara, to the west of  Nicosia. Fr. Andrew started the habit of going there every Saturday to celebrate mass in the chapel of the centre, which was originally Greek Orthodox, run by a Protestant pastor. The aim is to offer spiritual comfort to the many refugees who have left their lands to flee wars, violence and poverty.

When they pray, their abandonment to God can be read in their closed eyes and the force of their supplication to the Almighty in their clasped hands. The chapel -  a simple room with fading plastered walls -  although bare of all ornaments,  is an invaluable place of solace for the asylum-seekers, exhausted mentally and physically. The Custos of the Holy Land, Fr. Francesco Patton, also visited the refugee camp of Pournara, when he stayed on the island last December, on the occasion of Pope Francis’s visit.

“I feel close to them, because I feel their pain. They do not have human dignity,” Fr. Andrew continued.. “I am from Ghana, but I have been at the service of the Custody of the Holy Land since 1993. I have been in Cyprus since 2004 and I have held different positions. Here we want to make the message of the encyclical of Pope Francis, Fratelli Tutti, come true. Jesus emigrated to Egypt and all migrants need a word, they need Jesus, only he  can change their situation. We pray so that this situation changes and the immigrants do not feel abandoned but all children of God in the same way.”

The students in northern Cyprus

The Franciscans in Nicosia also look after the Latin faithful who are in other places: Famagosta, Kyrenia and Lefkosa, today in the territory of the Turkish part of northern Cyprus. Although they do not have the permission of the local authorities to live there, every week the friars go to Famagosta, Kyrenia and Lefkosa, to celebrate mass with the jubilant young worshippers. The Latin community is mostly made up of students from different African countries. For them, it is easier to obtain a visa to stay in Northern Cyprus, which is not considered part of Europe and which is staking a lot on the university sector, with its nine universities and the student-oriented towns. Theirs is a living testimony of the simplicity of the evangelical message, that to be welcomed only needs a sincere heart and a pastor who looks after it. Thanks to the generosity of their hearts and the search for God, the young students in northern Cyprus make a great commitment to their communities: in the choir, in songs with instruments during the mass, in the encounter with others.

Mass is celebrated in some chapels “lent” by other Christian confessions or in hotel rooms, but, despite the precarious nature of the places of worship, the Franciscan friars are constant in their pastoral care. Fr. Jerzy Kraj, vicar of the Custody of the Holy Land in Cyprus and vicar of the Latin Patriarch in Cyprus looks after this personally. Every week, Fr. Jerzy sets out from the parish of Nicosia, crosses the checkpoint into the Turkish part and, after having driven  for many miles, reaches the small communities of Christians, longing for God. In church, everyone calls each other by name. 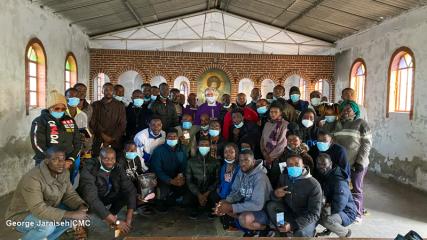 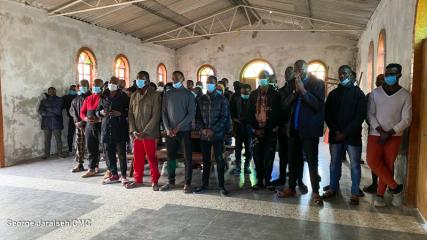 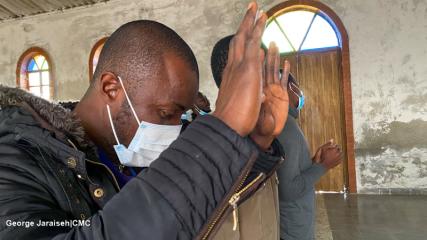 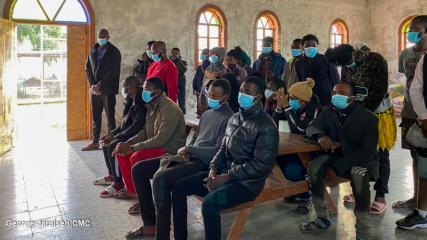 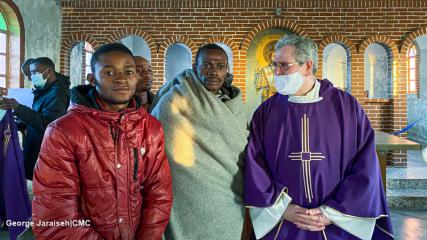 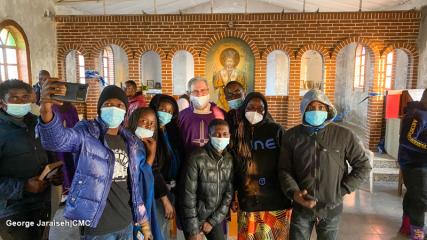 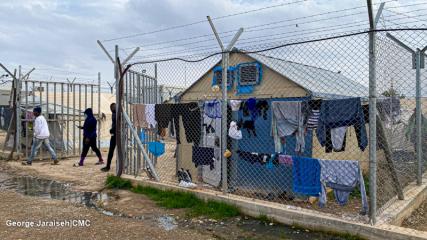 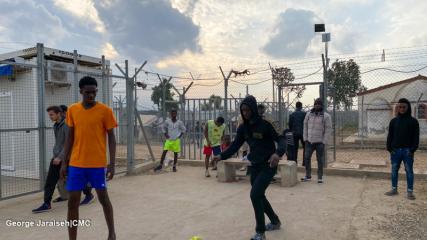 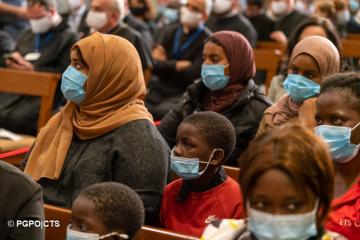 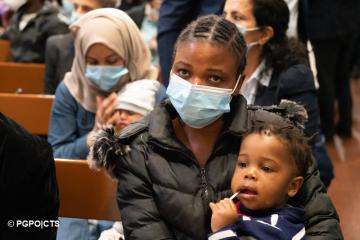 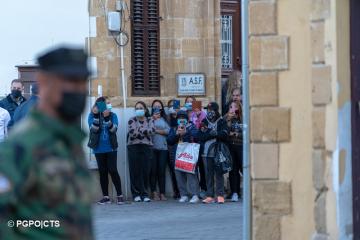 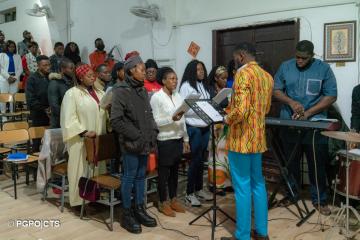 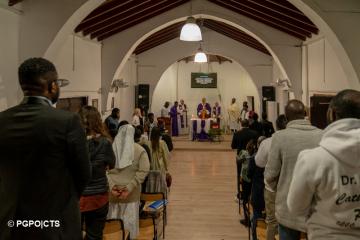 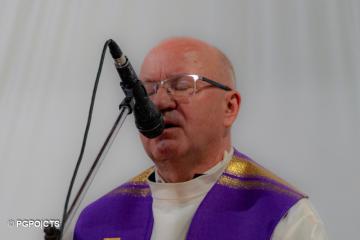 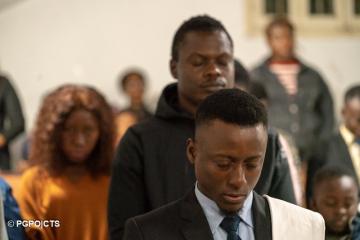 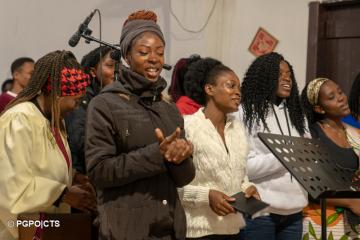 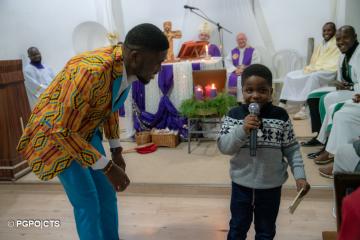 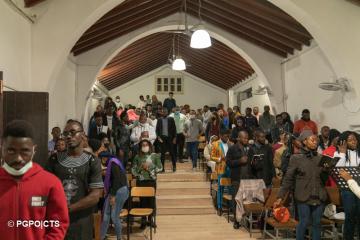 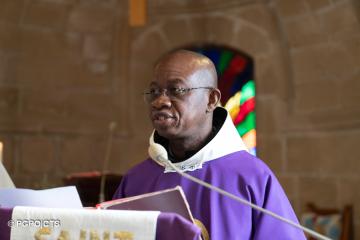 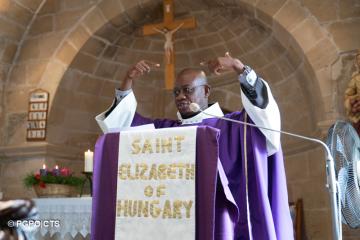 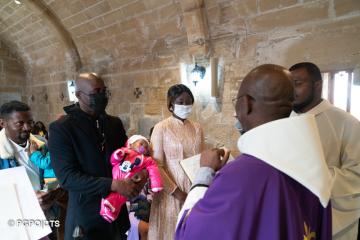 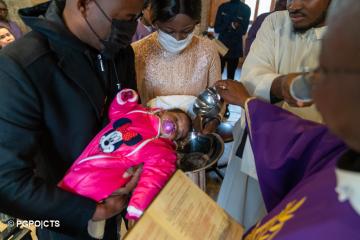 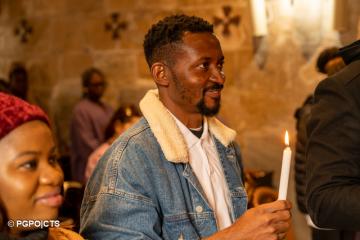 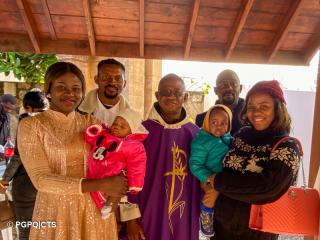 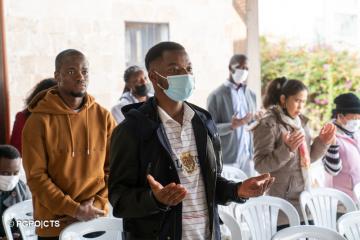 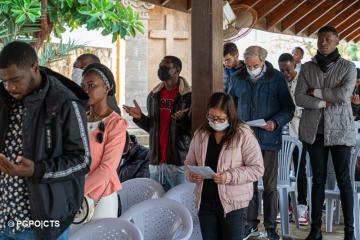 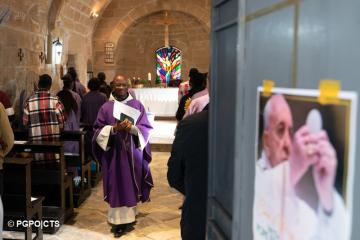