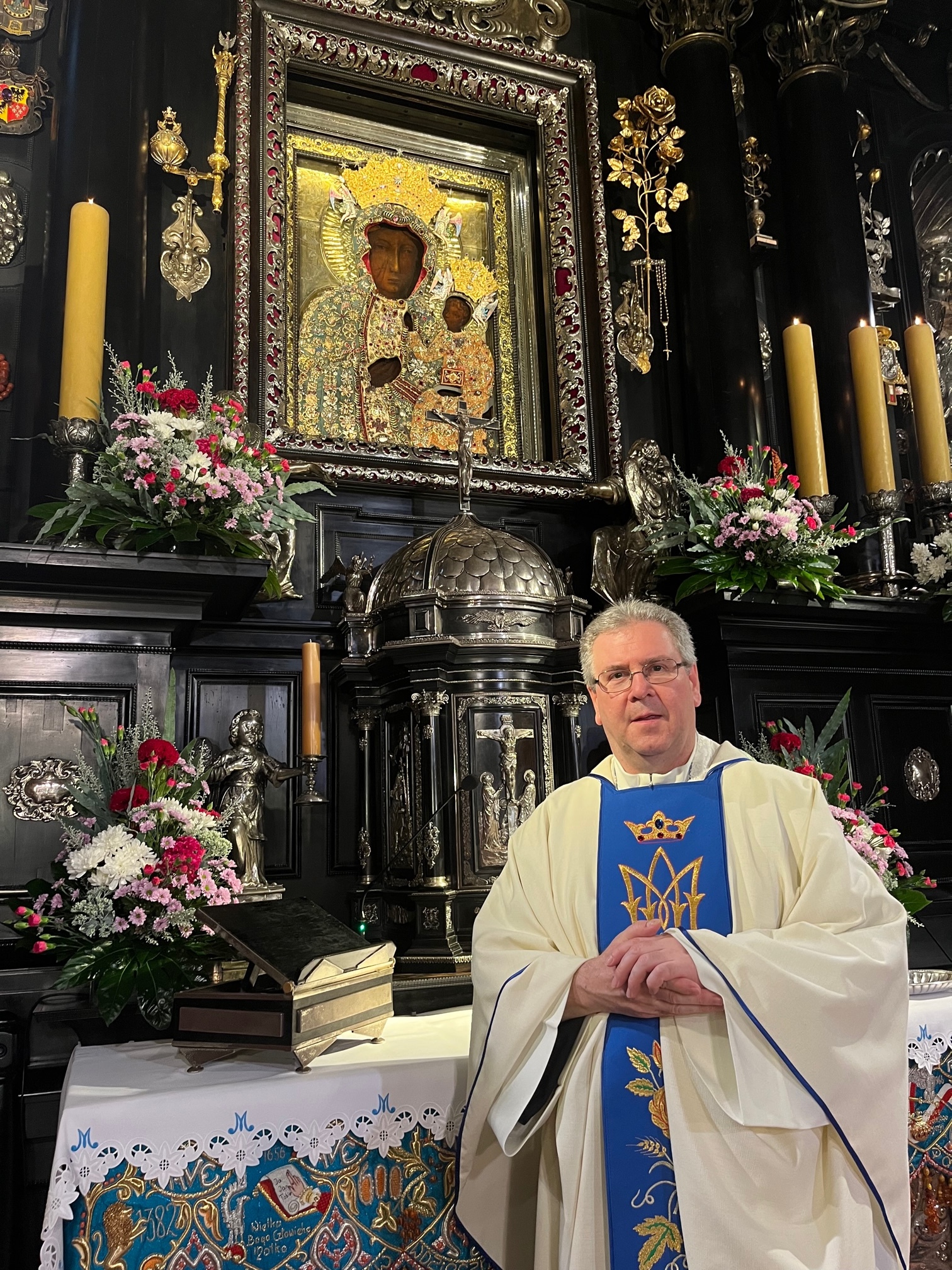 On 18 and 19 August, Fr. Francesco Patton OFM, Custos of the Holy Land, took part in the celebrations in honour of the Assumption of the Blessed Virgin Mary in Kalwaria Zebrzydowska, known as the Polish Jerusalem. He presided the solemn Eucharist for the Franciscan missions on Thursday 18 August and gave the homily during the vespers that opened the Procession of the Dormition of the Mother of God on Friday, 19 August.

In his homily, he recalled attention to the anniversary of the visit of St John Paul II, which characterized the celebrations of this year. Exactly twenty years ago, on 19 August 2002, St John Paul II celebrated his last Mass on Polish soil, in the shrine of Kalwaria Zebrzydowska, and entrusted Poland, the Church and the whole of humanity to the Virgin Mary. This jubilee reminds us of the need to place our trust in God, following the example of Mary, said the Custos.

Then, recalling the apocryphal texts on the Dormition of the Blessed Virgin Mary, he pointed out the analogies of this event with the resurrection of Christ.

“The feast-day that we are celebrating has a Paschal content, it is the full participation of Mary in the resurrection of her Son Jesus. Easter contemplates the resurrection of a body that has been completely transformed and made divine by the action and the presence of the Holy Spirit,” the Custos recalled and stated, insisting on the fact that “what will also be ours is prefigured in Mary.”

“One day, Jesus will also have this gesture of tenderness towards us and will place our soul in the hands of the Archangel Michael. And on the day of our resurrection, the Lord Jesus will also take our body, take it to Paradise and place it under the tree of life, so that we can take part forever in the very life of God, ”Fr Francesco concluded.

After the Vespers, there was the procession of the funeral of the Blessed Virgin Mary to the Church of the Virgin Mary’s Sepulchre, where the Eucharist was celebrated.

The Custos also took part in the other events linked with the Shrine of Kalwaria Zebrzydowska. He concelebrated the Holy Mass dedicated to young people, who everyyear gather in prayer on the Saturday evening of the week dedicated to the Assumption of the Virgin Mary and  he also attended the concert by the very young artists (about 200) of the famous “Mała Armia Janosika” choir, which was held in the square in front of the Basilica of  Kalwaria.

On the days he spent in Kalwaria assisted by Fr, Narcyz Klimas, the Father Custos also had the chance to visit and celebrate Holy Mass in Częstochowa, in front of the miraculous image of the “Black Virgin Mary.” He also visited the city of Krakow, the famous salt mines of Wieliczka, the concentration camp of Auschwitz-Birkenau where he was able to see the horror of the Shoah and he prayed in the cell of the martyr St. Maximilian Kolbe, as well as  Wadowice, the city where St John Paul II was born. During his stay, he also had a meeting with the Commissar of the Holy Land in his office in Krakow as well as with those responsible for the Knights of the Holy Sepulchre in Poland, at their head office in Miechów. He was also able to meet the Provincial Ministers of the Provinces of the Immaculate Conception and of St Mary of the Angels, expressing his gratitude to the Polish friars who are at the service of the Custody and for the contribution that the Franciscans of Poland are making to the mission in the Holy Land. He was also able to meet the Definitor General, Fr. Konrad Cholewa and share some concerns with him.

On the last day of his trip, he celebrated Holy Mass in the chapel of the miraculous image of Mary in Kalwaria Zebrzydowska, entrusting to the Virgin Mary the mission of the Custody and in particular the friars who are ill.

Before leaving, he expressed his gratitude for the fraternal welcome and for the testimony of faith he had received. 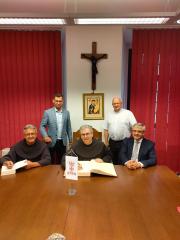 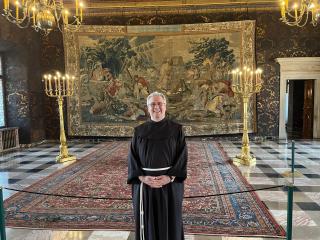 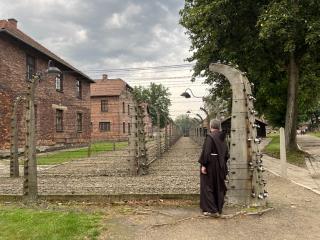 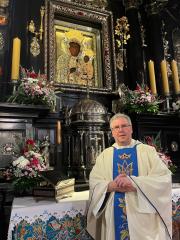