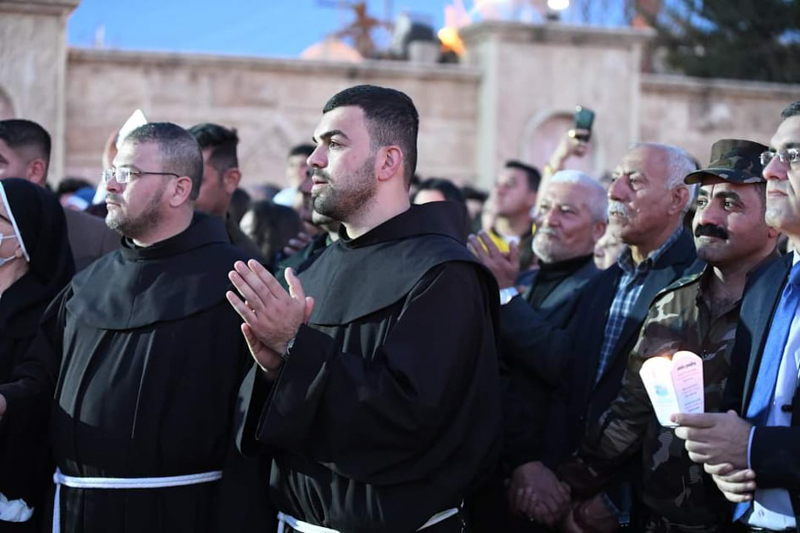 When they found out that Pope Francis was going to visit Iraq, Fr. Nerwan, Fr. Noor and Fr. Haitam, originally from Qaraqosh, dropped everything and left. From Damascus in Syria, from Jerusalem and from Cana in Galilee, where they are performing their service, the three Iraqi Franciscan friars took on a long journey to welcome the Holy Father to their native land with joy, representing all the friars of the Custody of the Holy Land. At the same time, to remain in spiritual communion, the Custos of the Holy Land wanted to accompany this apostolic journey, asking all the friars for a special and intense prayer.

The Pope’s visit to Iraq, the first by a Pope to the Gulf country and to a country with a majority of Shiite Muslims, came to an end on the morning of 8 March and will leave a mark in history. Today though, the marks of his passage can already be read in the hearts of all those who met the Pope or heard his words.

“We saw Pope Francis for the first time in the church of Qaraqosh on 7 March,” said Fr. Haitham Franso Yalda Hano. “We greeted him from afar and told him that we are from the Custody of the Holy Land.” The parish priest of the Latin church of Cana in Galilee posted live on Facebook some of the important meetings of the Holy Father in Iraq, because he wanted the joy of those days to reach his parishioners as well. “We have to thank the Custos Father of the Holy Land, Fr. Francesco Patton, and all the members of the Discretorium (the governing body of the Custody) who decided that we had to be present as the Custody of the Holy Land at the Pope’s visit to Iraq,” Fr. Haitham explained.

Br. Haitham and Br. Noor participated in the spiritual preparation activities for the Syrian Catholic diocese, together with the Franciscan sisters and other religious, which included three evenings open to all, with readings from the Gospel, songs and reflections. “I saw another Qaraqosh on those days,” continued Fr. Haitham. “The children worked harder than the youngsters. Nobody stayed at home. Everybody was cleaning the churches or sweeping the streets: it was a festive city. The Pope brought a fundamental message: we are all brothers. And as an Iraqi, I can say that I saw everyone do their utmost for this visit. The Holy Father brought with his presence the unity of the Iraqi people and it is the first time that we have touched on this unity in our society.”

“We are a wounded people, with those who have had to leave their homes, those who have left and never returned, those who have become refugees in another country,” explained the friar. “Before we lived in a time of sadness, but today this sadness has changed and we can see that nothing is impossible for God. God has created us and has never abandoned us: the Pope’s visit has allowed us to experience this.. When someone feels hurt, at times they lose the faith. We have not lost it, but we needed someone to give us courage. The Holy Father has given us courage and his visit has borne fruits in every Iraqi, not only in the Christians. He came in pilgrimage to the places of Abraham, who is at the origin of the three Abrahamic religions and therefore he wanted to leave a message for all those who believe in Abraham.”.

Whereas, “the Holy Father’s visit to Iraq has been a gift of the Lord for me,” says Fr Noor Tamas. “It was the dream of many people who thought it was impossible, but with the grace of God the Holy Father made it possible. The traces that he has left will perhaps change many things. It will also be important for migrants, for those who want to return after having left, for those who are here in Iraq and want to work to build a country without wars and without corruption.”. Fr. Noor, who performs his service in Jerusalem in the Basilica of the Holy Sepulchre, met the Pope, again in Qaraqosh: “We were all very moved when we saw him. I told him I am from the Custody of the Holy Land and he asked me to pray for him from the Holy Land.”.

According to the friar, with his visit the Pope has offered a new vision of man: “In this land , we are used to spilling blood as though it were nothing, but the Holy Father has given  value to the life of man and value to the rights of women, in this country where women suffer a great deal.. He also spoke of the poor to bring back their voices which cry to heaven and it seems that nobody listens to them. On various occasions, he listened to the experiences of people who have survived the war and now have a new vision of openness to others and mercy for their enemies. Mercy is the key that can change our lives, it can change our view of our neighbours, whether they are Muslims or the faithful of other religions.”

The Holy Father also showed that he knows the Iraqi people very well and concluded his visit saying: “Peace, may the Lord be with you.” “He knows that in this country peace is absent and he wanted to share his thought with us,” maintains Fr. Noor: “only peace is the solution to solve everything. This is why the Pope asked for the guns to be silenced, so that the voices of the poor can be heard. Now that the Holy Father has left, it is up to us to live the words that he left with us.”

The enthusiasm for the Pope’s visit was also shared by Fr. Nerwan Al-Banna, who came from Damascus where he is the parish priest of the Latin church. “I am glad or better, we are glad because even though this visit was for everyone and not only for the Christians, he brought us joy and courage. He has given us again the strength to stay here, after thirty years of war, after the control of ISIS. This visit has given us the joy of feeling the Pope is close to us and knowing that he is listening to us and this is why he came.”

The Pope also wanted to visit the holy places in Iraq, which are little known to the world, because, as Fr. Nerwan says, all many people know about Iraq is war. “The Pope has shown that the land of Iraq is holy, because it is where Ur is, the city of our father Abraham,” the Franciscan explained, “Babylon and Niniveh, the land of the prophet Jonas are also in Iraq and the visit opens Iraq to the whole world.”

Everything that the Pope said during the political and spiritual meetings will also remain impressed on people: “He always spoke of the importance of bringing peace, of stopping wars and of opening up dialogue, because we are all children of our father Abraham. The time has come to speak about this and the Pope did.”

To understand the fruits that this visit has left, according to Fr. Nerwan, you only have to look at people’s faces in Iraq today: “Many believed they had no future, but today, after these three days, I can see happy faces. It still seems a dream that the Pope came to visit Iraq and celebrate Mass. But what he also said in his last homily in Erbil made an impression on me: the Church is strong here, you are the Church.” 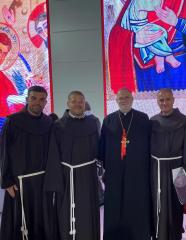 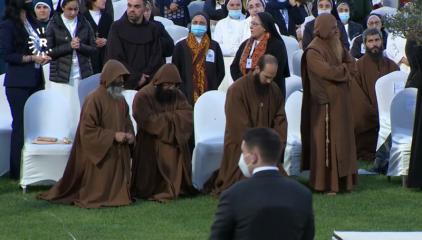 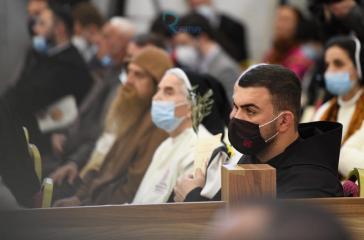 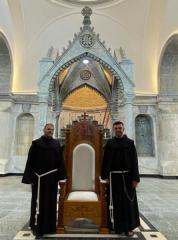 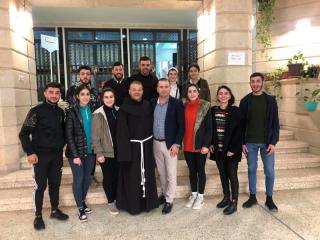 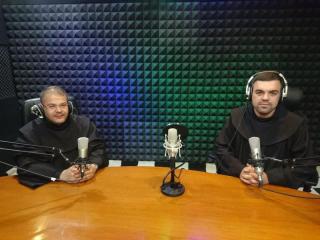 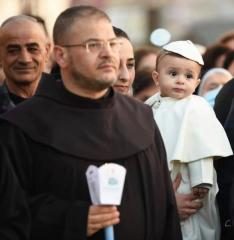 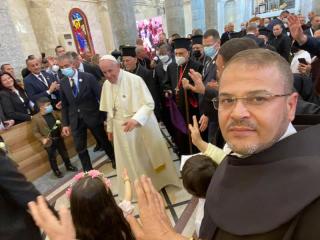 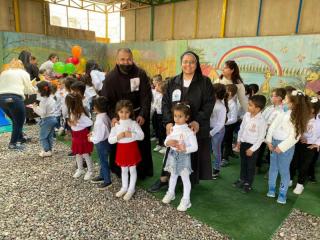 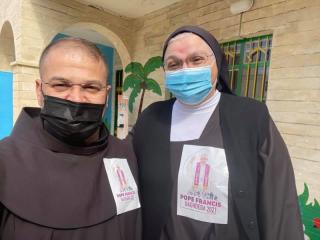 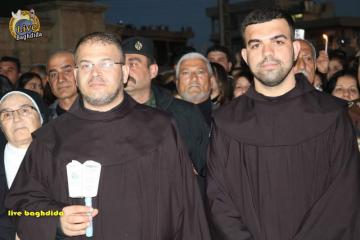 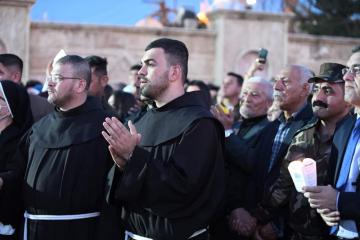 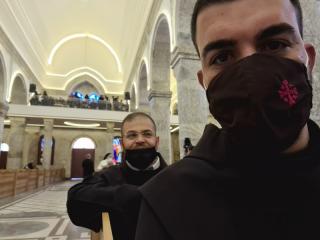 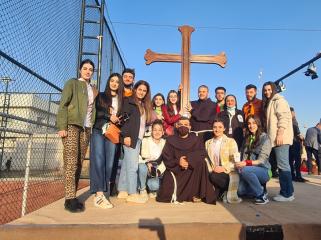