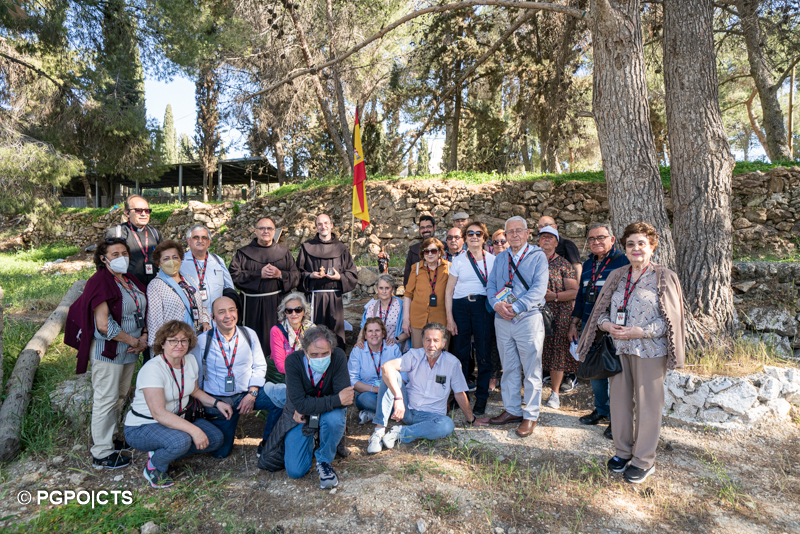 In the place where the birth of the Saviour was announced to the shepherds and where a “multitude of the celestial army” praised his birth, proclaiming "Glory to God in the highest," today there stands a shrine, guarded by the friars of the Custody of the Holy Land. The place is  Beit Sahour, which in Arabic means “the shepherds’ field” and which is quite near Bethlehem.

On Thursday 21 April, it was here that the blessing took place of the land where the Spanish chapel or the Chapel of the Immaculate Virgin, will stand, the first of another nine that are being built. The blessing of the site, given by Fr. Luis Enrique Segovia, guardianof the Bethlehem convent, precedes the imminent start of the works with the building of the first of the ten national chapels planned in the project of redevelopment of the Shepherds’ Field.

The event marks an important turning-point in the development of the site, the redevelopment of which underwent a major halt in the last two years due to the paralysis caused by the pandemic.

The blessing took place in front of an image of the Immaculate Virgin and in the presence of a group of pilgrims of the Commissariat of Madrid, from Salamanca. This group, which gathered for the  occasion around the perimeter where the chapel will stand, was accompanied by the Deputy CommissaryFra Luis Rufino Quintana, promotor of the fund-raising in Spain for the construction of no fewer than two chapels at the Shepherds’ Field. Also present were Father Manuel Lama of the Community of Bethlehem, the Discrete of the Holy Land for Spanish and coordinator of the project, Fr. Marcelo Ariel Cichinelli and the architects Issam Huda and Luma Khury of the  Centre for Cultural Heritage Preservation, (the firm of architects of Bethlehem which is managing the works).

The enthusiasm was visible amongst the pilgrims, who included JesusVicente Sanchez, the episcopal delegate for pilgrimages of the diocese of Salamanca, who in the name of the group who came representing the donors, wanted to express his pride: “We thanks the Father Guardian, returning to Spain with the desire to increasingly be living stones and a church in construction."

The initiative is part of a project that aims to improve and enhance the spaces where the Shrine of the Announcement of the angels to the shepherds, that is, Shepherds’ Field, stands. Towards the beginning of the 1950s, the Italian architect Antonio Barluzzi designed and built a basilica in Beit Sahour that should have evoked, through its shapes and lines, the episode described at the beginning of the Gospel according to Luke, who relates the announcement of the birth of the Messiah in nearby Bethlehem, the city of David. Since then, millions of pilgrims have visited this holy place which still preserves a deep sense of the peace and joy of Christmas. Over time, however, the facilities for accommodation and those for the liturgical celebrations of the pilgrims have proven to be insufficient to receive an ever-increasing  number of faithful and to meet the demand for space for major events, such as the hoy masses during the Christmas celebrations. In recent years, the Custody of the Holy Land therefore decided to remodulate the area, in order to make the shrine more enjoyable by pilgrims and the local inhabitants, attracted by the idea of retreating to this place to live in full and more comfortably  the moments of meditation and prayer.

The project is for the redevelopment of the area of  the Shepherds’ Field conventthrough the restoration of the archaeological area and the building, in several phases, of ten chapels -  five upper and five lower ones – , a sacristy and an area where pilgrims can be welcomed and eat.

The first phase of the restoration work started inthe summer of 2021, with the construction of the building for the pilgrims, through the creation of a complex in the area next to the entrance to the Shepherds’ Fieldand due to have an auditorium, bathrooms and a section for meals.In the design phase of this facility, the aim was to give priority to the ecological aspect, through creating a system of recovery of grey water, of which the purification treatment will allow the waste water to be reused, thus fostering a very minimal environmental impact. This work has been completed thanks to the contribution of the Franciscan Holy Land Foundation of the United States.

The excavations and the study of the archaeological finds in the area of the ancient monasteries by the Pontifical Archaeological  Institute of Rome, with funding from France, will start in July.

As the funds arrive, the restoration work on the heart of the whole Shrine, the Grotto of the Shepherds and the paving of the main square, will proceed.

Lastly, it will be the turn of the Shepherds’ House, for the welcome of young pilgrims and local Arabs, mainly to be used for the summer activities of the scouts of Bethlehem  and Beit Sahour. 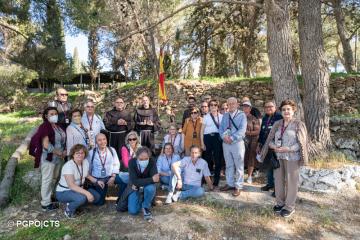 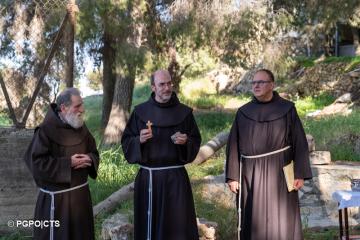 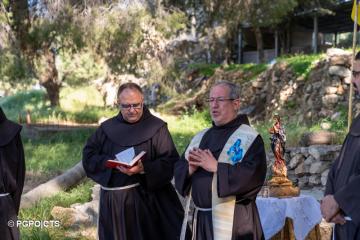 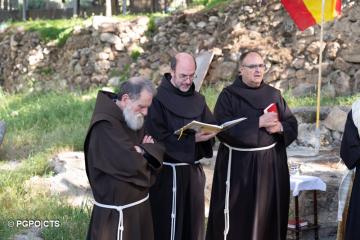 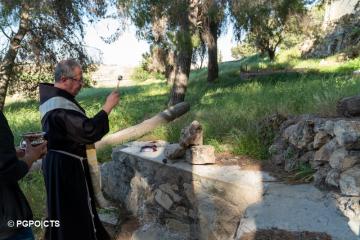 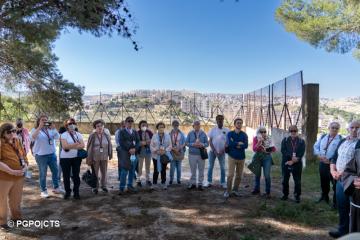 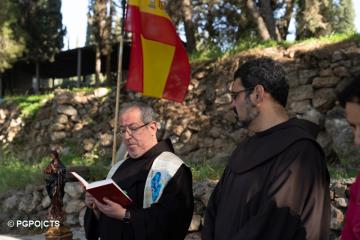 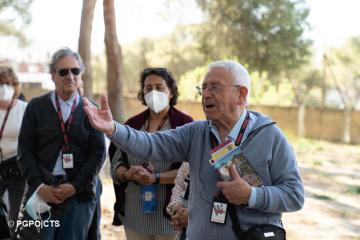 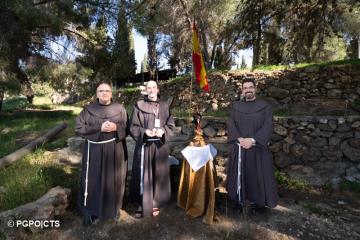 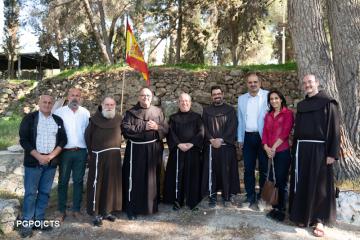