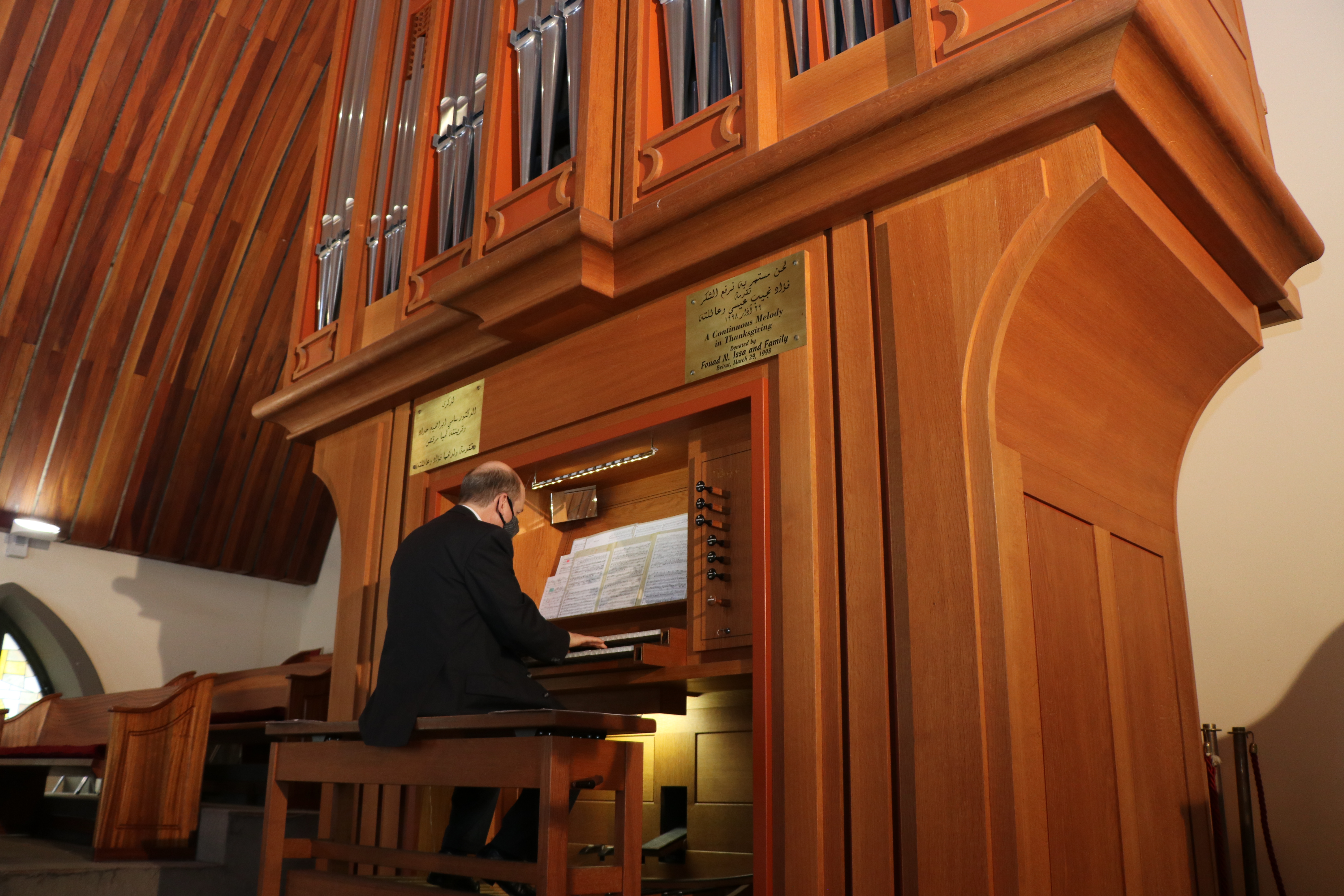 The sixth SOL Festival - Semaine de l’Orgue au Liban (the Lebanese Pipe Organ Week) took place as normal from 13 to 18 April 2021, despite the various organizational difficulties due to the restrictions linked to the pandemic. The Lebanese Pipe Organ Week is jointly produced by Notre Dame University – School of Music and the Terra Sancta Organ Festival. At a time when Lebanon is going through a severe economic recession, this year’s festival would not have been possible without the collaboration of the Italian Cultural Institute in Beirut, the embassy of the Czech Republic in Lebanon and Telelumiere/Noursat, which did the filming for the live streaming free of charge.

“Culture is always the first activity to show signs of a new start in times of crisis,” said the co-director of the Festival, Fr. Riccardo Ceriani, “and this is why we really wanted to hold the SOL Festival this year as well, despite the difficulties in organizing it: two organs had been put out of use by the explosion in the port of Beirut on 4 August 2020; the date was postponed twice; one location had to be changed and the concert for organ and orchestra cancelled; the times were brought forward because of the evening curfew. Only four days before the first concert, the latest government decree authorized events could be held withan audience present, filling only up to 30% of the capacity of the churches, wearing masks and respecting social distancing.”

The idea of the SOL Festival is to allow everyone to listen to the sound of the organ and the repertoire of for the organ, which is an experience that would be precluded for many in Lebanon and the Middle East, as organs are used almost exclusively in churches for Christian celebrations. The SOL Festival is the only pipe organ festival in Lebanon. In the past few years, the Lebanese Pipe Organ Festival has also been an incentive for the churches to look after the maintenance of their organs and new ones have been built.

This sixth season of the Lebanese Pipe Organ Festival presented five concerts. The opening concert on 13 April in the town of Ajaltounwas reserved for the pupils of the organ class of the School of Music of Notre Dame University, which has the aim of creating new organists for churches and to accompany choirs, with the support of the Custody of the Holy Land and the Italian Institute of Culture in Beirut. This was followed by  two concerts by the Italian Eugenio Maria Fagiani, the first in the church of the Custody of the Holy Land on 14 April in Harissa with the Lebanese violinist Mario Rahi, and the second in the church of Notre Dame de Louaize inZoukMosbeh.  Maestro Fagiani, an international concert performer and organist of the “La Verdi” symphonic orchestra of Milan, offered the second concert free of charge as a sign of support for Lebanon and, in a highly appreciated unscheduled event, the choir of the Notre Dame University also performed with the soprano Lara Jokhadar. On 17 April, the organ of the Shrine of the Child Jesus of Prague in Mayssrawas naturally entrusted to the Czech Karel Martinek, artistic director of the International Festival of the Organ of Olomucand organist of the Cathedral of St Wenceslaus. The closing concert, which is traditionally held on a Sunday in the National Evangelical Church of Beirut featured the Swiss organist  Edmond Voffray, the organist of the Cathedral of Sion.

The public included several representatives of the international institutions, such as the Ambassador of Italy in Lebanon Nicoletta Bombardiere, accompanied by the Consul Marco Di Sabatino, the new Superior  General of the Maronite Order of the Blessed  Virgin Mary Pierre Najem, the deputy ambassador of the Czech Republic Dagmar Minarikova, Mons. Giuseppe Franconeof the Apostolic Nunciature  and Fr. FirasLutfi, regional minister of the St Paul Region of the Custody of the Holy Land. 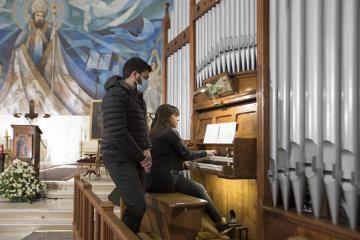 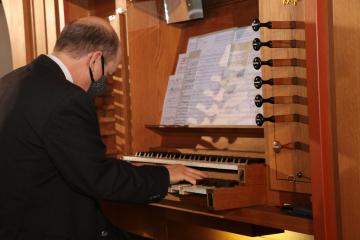 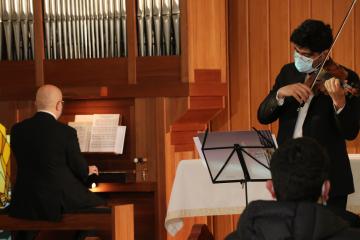 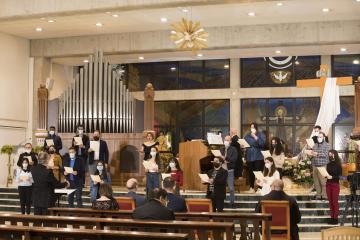 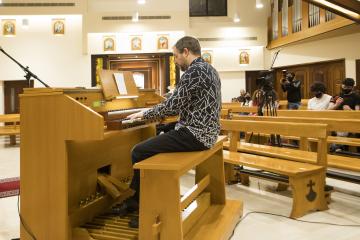 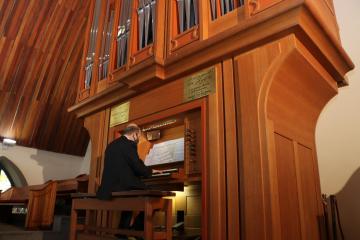 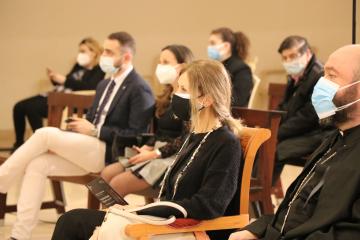 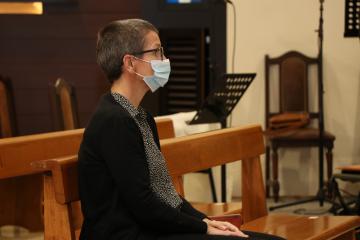 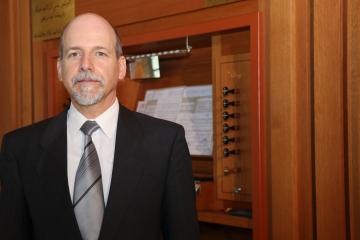 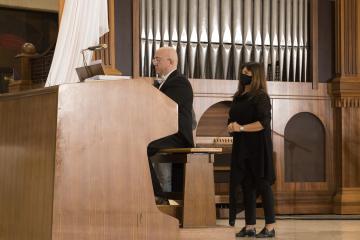 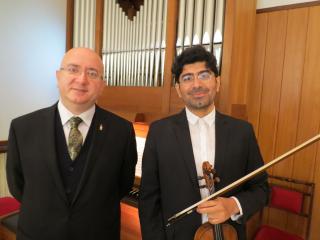 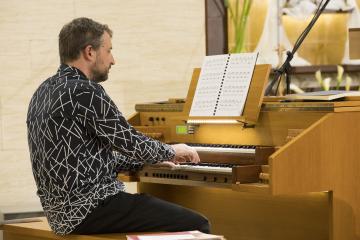