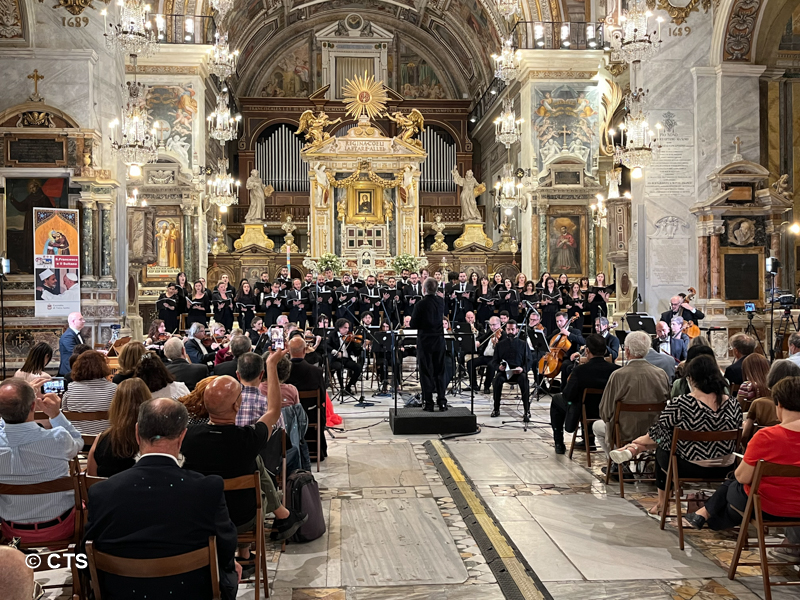 After the great success in Lebanon, the opera “St. Francis and the Sultan” arrived in Italy with five performances in as many cities from 20 to 25 May. The performances were held respectively in the Cathedrals of Monopoli, Bari, Brindisi, in the  Basilica of S. Maria degli Angeli in Assisi and in the Basilica of Santa Maria in Ara Coeli in Rome. The opera’s libretto was written by the well-known professor Bartolomeo Pirone – who was present in Rome – while the music is by the Lebanese Maestro, Father Khalil Rahme.

Conceived and planned in Tripoli-Mina (the Lebanese city where the Franciscans have worked for centuries in the midst of a population that has an overwhelmingly Muslim majority) and inspired by the meeting between St Francis of Assisi and the Sultan Malek al-Kamil in Damietta in 1219, “St. Francis and the Sultan” has been produced by the Custody of the Holy Land. With its world premiere performed in Lebanon last November, it has been highly successful, especially on 25 March, on the feast-day of the Annunciation, at the UNESCO building in Beirut, which brought together Lebanese of all religious confessions.

The Choir of Notre Dame University with the Lebanese soloists arrived in Italy on 16 May and, after a few days of rehearsals, the tour began. In Brindisi, first for the rehearsals and then for the performances, they were joined by some voices from the LA Chorus, the artists of the Magna Grecia orchestra of Taranto and the soloist from Bari, Giuseppe Naviglio, who played the role of the Sultan.

The performances in the Cathedrals of Monopoli, Bari and Brindisi were held from 20 to 23 May with the Italian organist Cosimo Prontera and conducted by the Maestro Father Khalil Rahme; after the dates in Puglia – of all, the best attended and most generous - the tour continued to Assisi. In Umbria the event was held next to the Porziuncola, the cradle of Franciscanism, under the patronage of the City Council and with a warm welcome by Father Massimo Travascio, Custodian of the Convent of the Papal Basilica of Santa Maria degli Angeli, and by the Mayor, Dr Stefania Proietti.

Lastly, on 25 May, there was the final evening in Rome, after having attended the morning audience of the Pope, who wanted to hear a few musical notes and a polyphonic song to the Virgin Mary. The evening performance took place in the very central Basilica of S. Maria in Ara Coeli, in the presence of high civic and religious authorities. The guests included the Ambassador of Lebanon to the Holy See, His Excellence Mr Farid Al Khazen, the Vicar for the Maronites in Rome, His Excellence Rafiq El Warshi and the Delegate of His Eminence Cardinal Miguel Ayuso, Father Marcus Solo of the Pontifical Council for Interreligious Dialogue, head of the Asian Department.

In the various cities, the audiences included, as well as Franciscan friars and Commissaries of the Holy Land, representatives of various associations, as well as friends of the Custody of the Holy Land and delegates of non-Christians, in particular of the Muslim community. The opera can be said to have been a real magnet for all those who promote dialogue and universal brotherhood, according to what Pope Francis has sketched out and which we find in the words of the “Document on human fraternity for world peace and living together” and in the Encyclical “Fratelli tutti”.

"It was not easy to organize the tour in Italy, but Providence helped us and allowed us to overcome many problems,” said Fra Quirico Calella, ofm, who conceived and designed the opera, as well as being the Superior of the St Francis Convent in Tripoli-Mina (Lebanon). "In particular, I thank all the people who have helped us both with prayer and through finding the material means for the performances. These commendable people include both religious and civic bodies, but also individual offers and the invaluable “Widow’s mite”, of a small material amount but very significant and evangelical.

We trust that the message of peace and fraternity launched in Damietta 800 years ago by St Francis when he met the Sultan Malek al-Kamil reaches the very ends of the earth. The path of dialogue, tolerance, brotherhood and peaceful coexistence is and stays the only path that can be taken and is the trump card for Lebanon, the Middle East, Europe and the whole world.”

In the future, performances of the opera are planned in Cairo, Damascus, Amman and again in Italy, in some centres in the centre and north of the country. 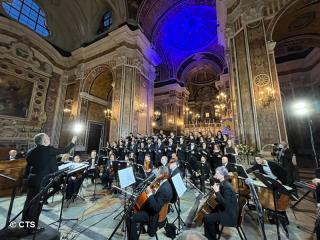 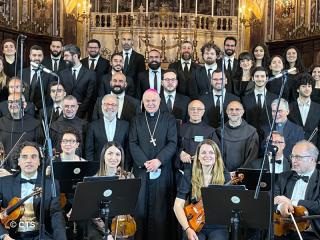 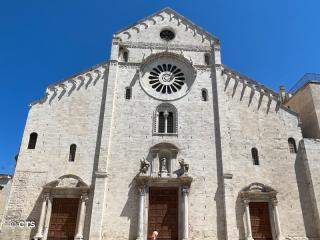 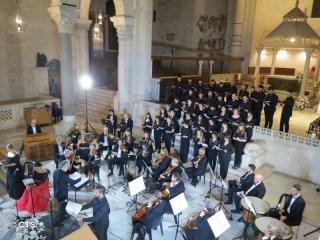 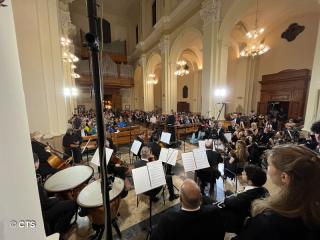 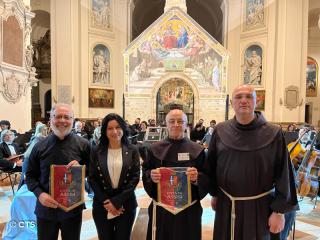 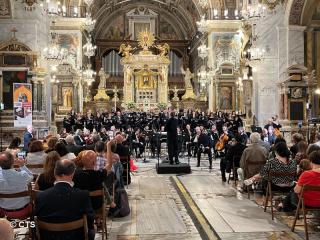 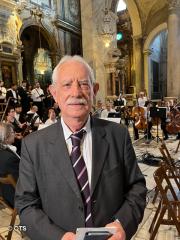 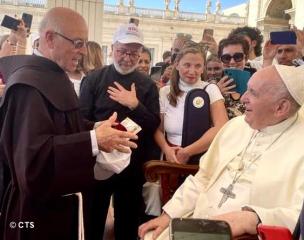