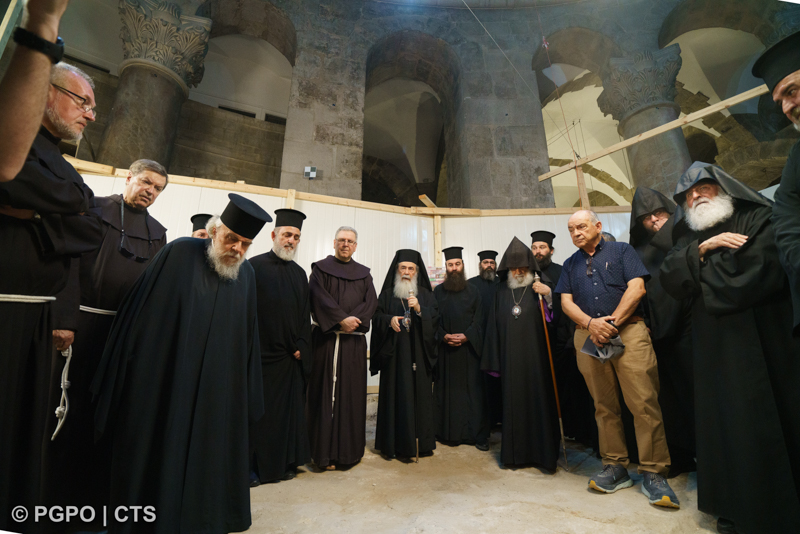 On the occasion of the visit of the leaders of the Communities to the archaeological site in the Holy Sepulcher complex, we presented the excavation works in progress. Archaeological investigations are conducted by the team of the Department of Antiquities of the University of Rome La Sapienza, under the direction of prof. Francesca Romana Stasolla, assisted by profs. Giorgia Maria Annoscia and Massimiliano David.

Following the restoration project of the floor of the religious complex, the excavation proceeds in successive areas to allow the regular performance of the liturgies by the various confessions and the normal flow of pilgrims. Starting from May 2022, we are carrying out archaeological investigations in the north nave of the basilica (the so-called Arches of the Virgin) and part of the north-western rotunda. The work is carried out in a continuous cycle, day and night, and the processing of the materials produced is carried out in real-time between Jerusalem and Rome, where the rest of the team works. The data processed during the excavation is entered in a database previously created ad hoc for the project and linked to the different historical and archive sources, thanks to the remote support in Rome.

The Drs. Beatrice Brancazi and Stefano De Togni, members of the University of Rome Sapienza team, presented the two excavation areas to the communities.

In the area of the north aisle, a very interesting stratigraphic sequence was identified, making it possible to trace the trenches dug by Father VirginioCorbo in the 1960s. It also allowed the acquisition of entirely new data. The most interesting are those relating to the construction site of the Constantinian age, pertaining to the construction of the religious complex within a quarry area. The rock layers of the quarry have been found. They have height differences caused by deep and uneven cuts, which also go down very deeply, as seen in other areas of the basilica. The operations of the Constantinian construction site had as their primary requirement that of bridging such unevenness of elevation to create a unitary and homogeneous plan to build the structures of the church and its annexes. It was done with progressive fillings, using layers of soil rich in the ceramic material to drain water and level the deeper areas. During the excavation, it was possible to analyze the methods of the foundation of the north perimeter wall of the Constantinian complex, still on the top.

Above these filling stratigraphies, the preparatory action for laying the flooring of the Constantinian triporticus, composed of large lithic slabs, was also identified. This floor has been the subject of voluntary stripping work throughout the area, except for the slabs corresponding to the stylobate. The spoliated area has been compensated by a layer of earth showing intense traffic traces. Among the many materials found, the presence of mosaic tiles relating to floor pavements stands out.

The visit continued in the north-western area of the rotunda. Here the stratigraphy is much smaller due to the presence of the rocky bank at a much higher altitude. This factor and the continuous pavement renovation contributed to the constant removal and mixing of the underground layers. So the archaeological stratigraphy in the area is very small. Here the most interesting part is the one relating to the working phases of the rocky bank, which are being studied. In the central-northern portion of the area, close to the aedicule, a tunnel has been intercepted, partly already highlighted in previous searches, which descends vertically next to the aedicule for a depth of 2.80 m and then continues horizontally to the north. Its discovery in relation to the excavation stratigraphy and its connection with the entire water outflow system is an important aspect in the study of the architectural elements and will be analyzed within the project. 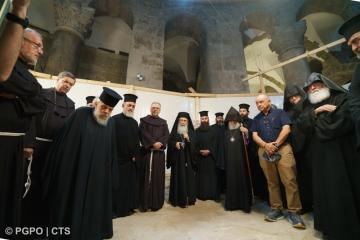 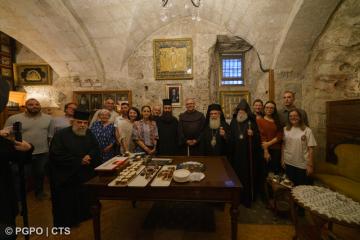 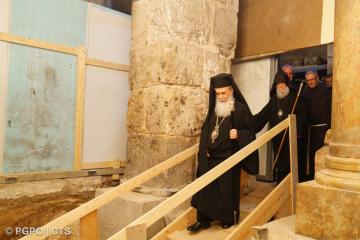 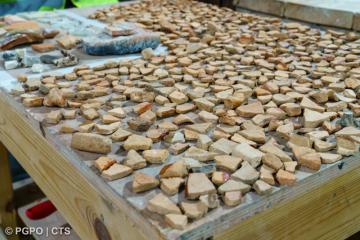 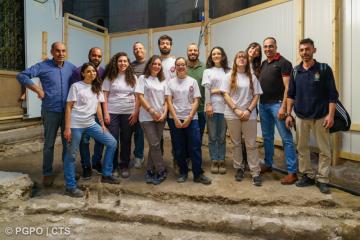 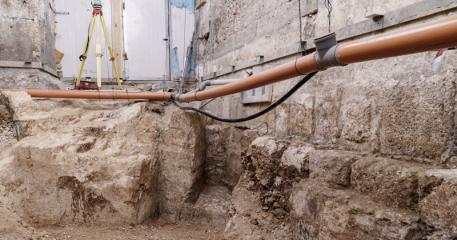 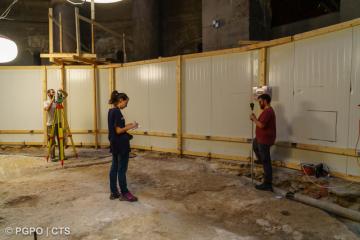 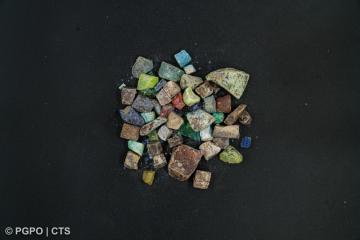 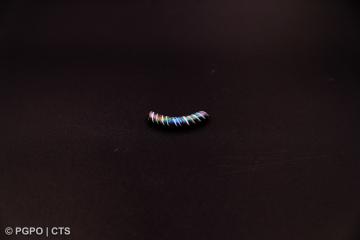 Corpus Christi: the irruption of eternal life into ourown