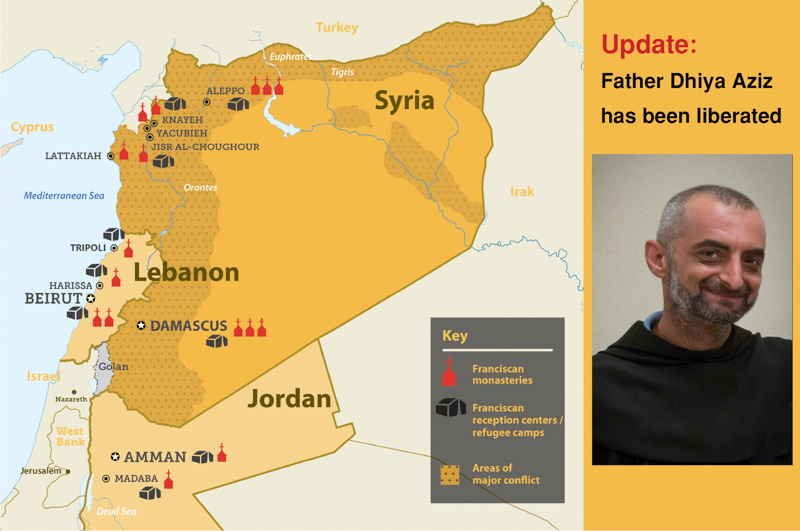 The Custody of the Holy Land announced that the Fr. Dhiya Azziz has been liberated.

The Custody had had no news of the Fr. Dihya since Saturday, July 4, in the late afternoon.
Conflicting news had nevertheless led people to believe that he had been taken by jihadists affiliated to Al-Nusra Jabhat, which administers the emirate in the sector.

This group has denied any involvement in his kidnapping and allegedly led the police investigation in neighboring villages which led to his liberation.

Fr. Dhiya was allegedly abducted by another group jihadists eager to profit on his release. In the region, there are a plethora of groups that operate with varied interests.

He was allegedly treated well during his kidnapping.

The Custody of the Holy Land thanks those around the world who prayed for a successful outcome to this trial that Fr. Dhiya endured, as well as the faithful of Yacoubieh, of which he is the pastor, his religious family and his family in Iraq.

The Custody does not forget that other religious are still missing in Syria and it invites everyone to continue praying for peace in this country.


The Custody of the Holy Land