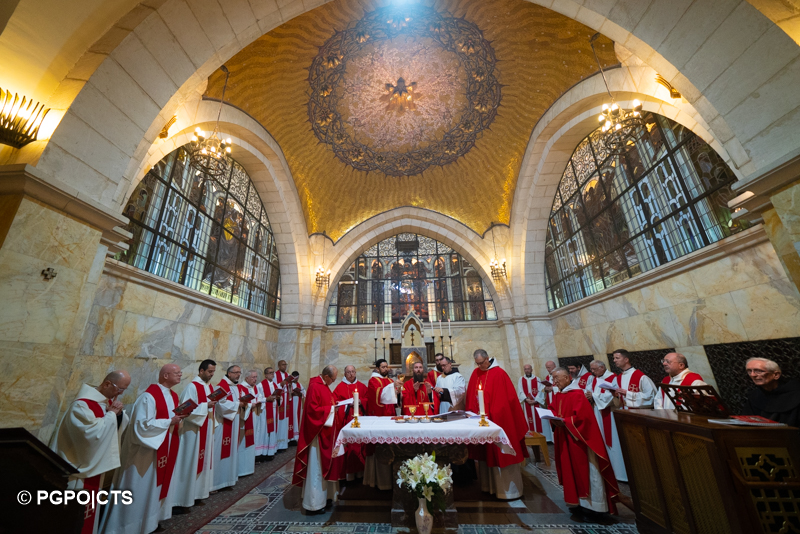 The third Franciscan peregrination of this Lent took place at the Church of the Flagellation on Wednesday, 30 March.

The place is the one that Christian tradition traces back to the flagellation of Jesus, on the basis of the story of the Gospels and of the archaeological evidence that would confirm as being here the exact location of the Antonia Fortress, Pontius Pilate’s residence. The Praetorium was here and it was in its atrium that Christ was undressed and flagellated. The external atrium, on the other hand, lower than the first one, is called the Lithostratos and is the place where, according to the Gospel story, Jesus was condemned to death in front of the crowd.

In the very first centuries of the new era, a basilica was built on this spot called St Sofia, on the remains of which the Franciscans built a new church in the first half of the 19th century and which was totally renovated in the following century by the well-known Italian architect Antonio Barluzzi.

The celebration was presided by Fr. Alessandro Coniglio, ofm, while the homily was given by Don Carlo Giuseppe Adesso, of the diocese of San Marino - Montefeltro. In addition to the large group of Franciscans united in the peregrination, there was also a good number of faithful, who came for the occasion.

In his commentary on the Gospel, Don Carlo started from “and here he had him scourged"  -"Flagellavit" in the Latin version – by the evangelist John, to descend into the drama of the passion of Christ and reflect on the value of his sacrifice. In doing so, the preacher structured a narration of the flagellation according to the different ways it has been represented over the centuries in figurative art, in music and even in poetry.

However, it is in the reflection around the topical nature of the flagellation and in its historical contextualization that the homily took on its greatest intensity: "Now we want to delves into the flagellation of Christ, through the historical events of his mystical body: the Church. How many wounds, how many beatings, how much blood has gushed from the flagellation of the mystical body of Christ that is the Church." In this regard, the preacher did not spare himself from pointing out how the evil suffered by Christ in this exact spot continues to be perpetuated in the present including inside the Church itself. This led to the exhortation to reflect on the atrocious suffering caused to the mystical body of Christ by the baptized -  whether ecclesiastics or lay people- with their sins, betrayals, scandals and at times crimes."

Lastly, exalting the richness in the word "flagellavit" and investigating the depth of the mystery of the flagellation Don Carlo made a connection between the latter and the  consecrated Host, which contains the real presence of Christ and reveals the power of his sacrifice: "The passion of Christ has shone in front of us today, in a single word, just as we will say a single word receiving the Body of Christ  in the consecrated Host.” 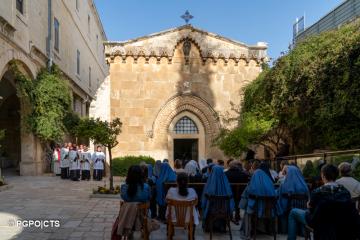 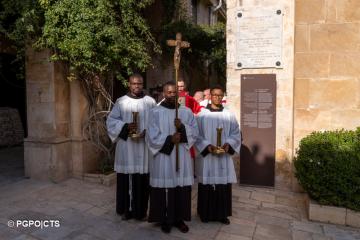 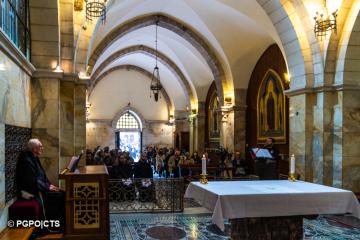 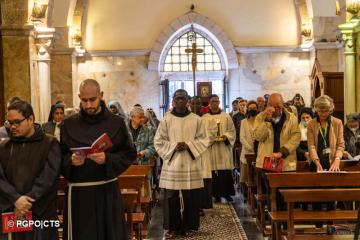 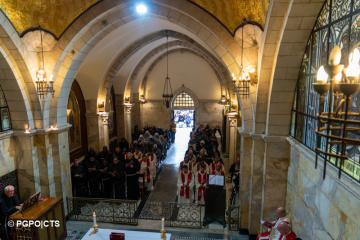 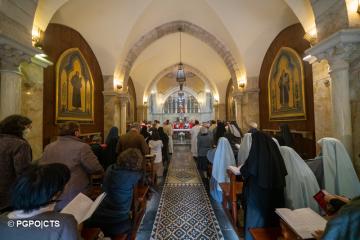 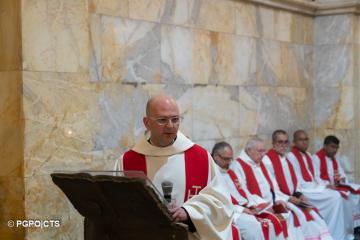 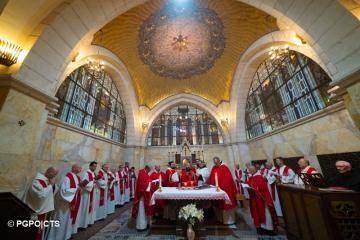 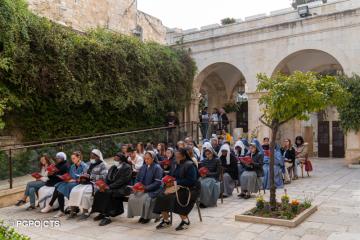 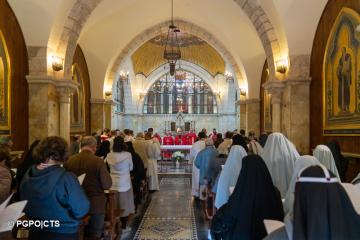 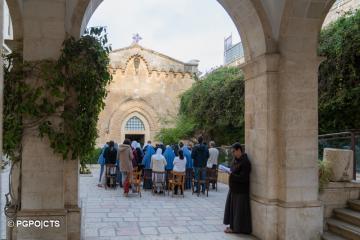 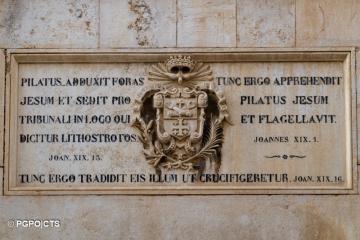