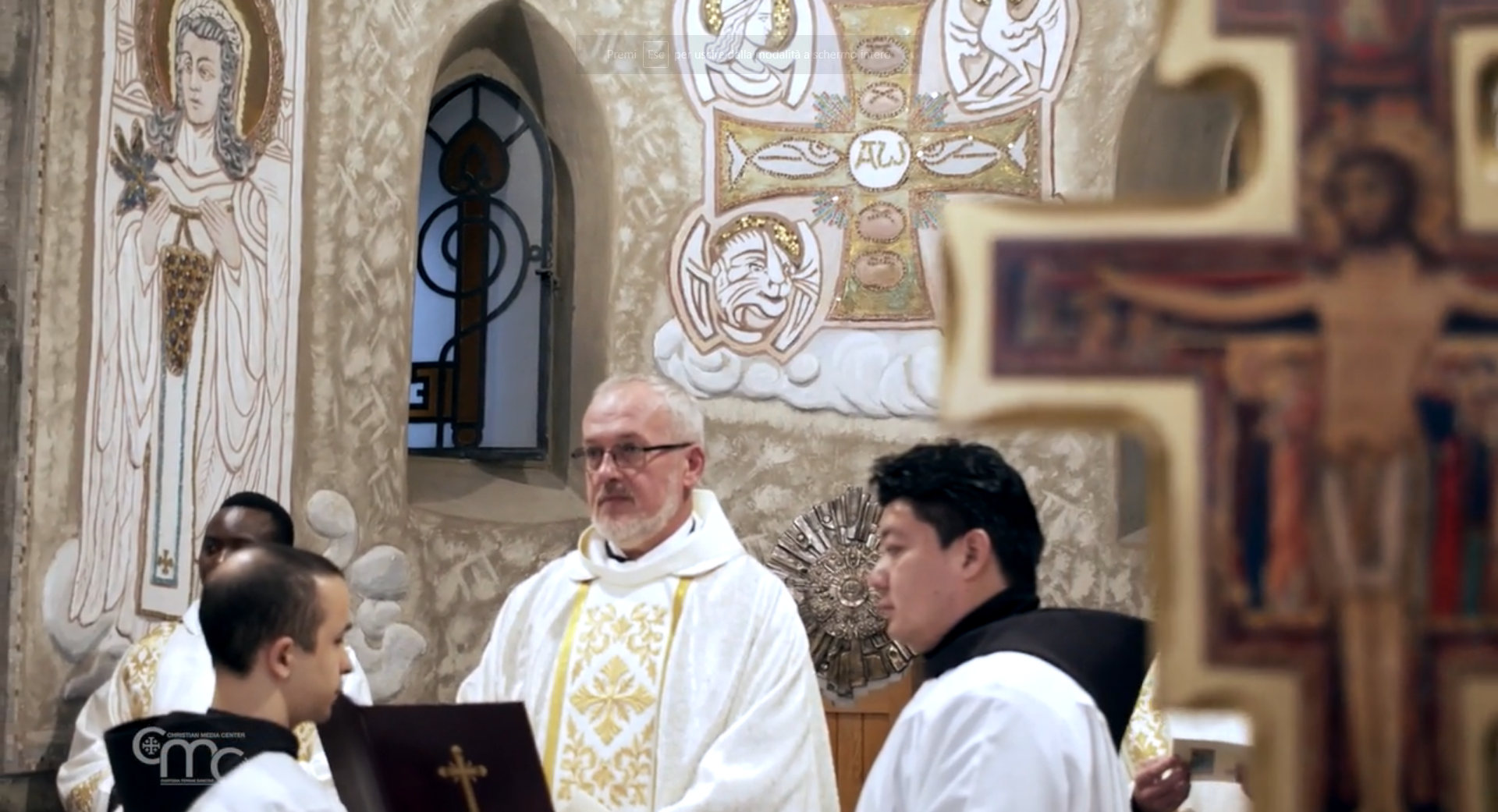 "And I say to you, you are Peter, and upon this rock I will build my Church, and the powers of hell shall not prevail against it. To you I will give the keys of the kingdom of heaven: whatever you bind on earth shall be bound in heaven, and whatever you loose on earth shall be loosed in heaven." With these words Jesus gives Peter authority over the Church, making the apostle the first among the Twelve.

In Tiberias, on the shores of the Sea of Galilee, there is a Franciscan church dedicated to St. Peter. After all, it was on the shores of this great lake that Simon lived and worked as a fisherman, when he was called by Jesus to become a "fisher of men" with the name of Peter.

Fr GIUSEPPE DE NARDI, KoGB
General Moderator of the Community Koinonia John the Baptist
"We are in Tiberias, behind me there is the church and behind that again is the shore of the Sea of Galilee. We are right on the shore of the lake where Jesus began his ministry. This is where the memory of the Chair is made. Probably Jesus never entered Tiberias, because at that time the city was considered impure, according to Jewish custom, because it was said to rise above a necropolis. In the course of the centuries, the cult of Saint Peter developed within Christianity and this church is dedicated to the Chair".

The word "chair" indicates the sitting of the "masters", in this case the bishops. The expression is used as a symbol of the authority and magisterium of the bishop: this is the meaning of the celebration of the Feast of the Chair of St. Peter. In Tiberias, the solemn Mass was presided over by Br. Dobromir Jasztal, Vicar of the Custody of the Holy Land.

Br DOBROMIR JASZTAL, ofm
Vicar of the Custody of the Holy Land
"The feast of the Chair of St. Peter is one of the most important for the life and unity of the Church. This feast, obviously in a symbolic way, refers to the call and mission that Christ entrusted to Peter. This task has a personal dimension, but it is not exhausted, it does not end with Peter, but continues with his successors so as to embrace the whole Church and each one of us."

The feast was celebrated with joy, in a special way by those who bear the name of the first Pope...

PETER STASIK
Student - Slovakia
"I am very happy to be here in Tiberias on the Feast of the Chair of St. Peter. It is important to me because my name is also Peter and being here today establishes a special connection. I'm really happy to be welcomed by the Koinonia John the Baptist community, which cares for this beautiful place."