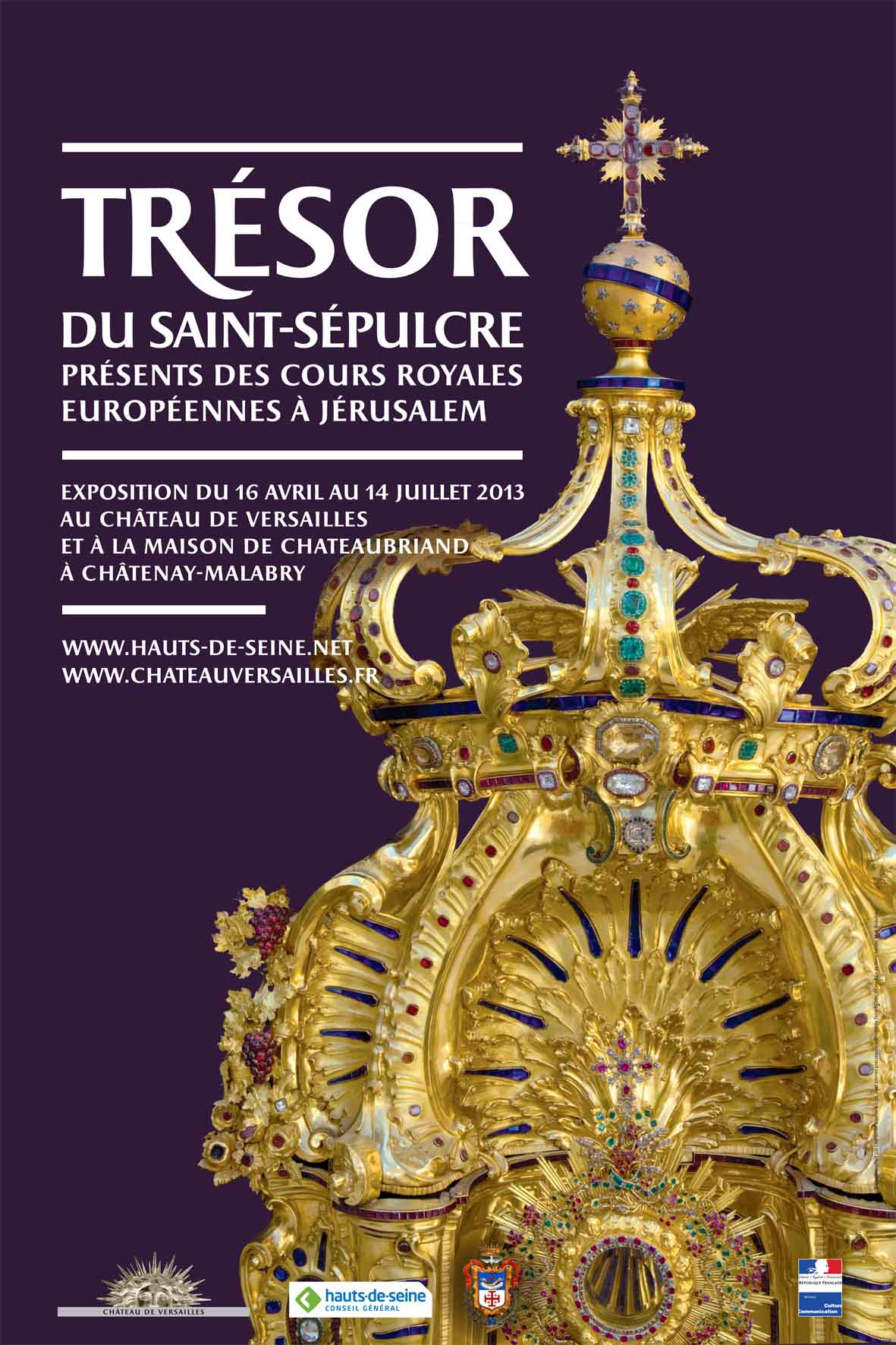 An important exhibition of Christian treasures from Jerusalem opens today in Versailles, in the presence of the Custos of the Holy Land, Fra Pierbattista Pizzaballa, the Guardian of Bethlehem, Fra Stéphane Milovitch and the Franciscan friars of the Commissary of Paris.

The Halls of the Crusades in the Palace of Versailles, just outside Paris, house an exhibition called Treasure of the Holy Sepulchre. Gifts from European Royal Courts to Jerusalem from 16th April to 14th July.
This is a particular event: for the first time 250 “unknown” masterpieces that were sent to Jerusalem over the centuries are on display in one place. They are offered to the public for three months by the Friars Minor of the Custody of the Holy Land, who still use many of these precious implements at the most solemn celebrations in the basilica which encloses the Calvary and the empty tomb of our Risen Lord.

The pieces are sumptuous chalices, crucifixes, lamps, candelabra, ciboria and liturgical vestments given by European sovereigns as a mark of devotion to the Saviour, but also to assert the power of their lineage and nation.

The works will be displayed according to their origin – in particular from the Holy Roman Empire, the kingdoms of Spain, France and Portugal, the Republic of Genoa – showing how the European court rivalled in generosity.

Open every day, except Monday, from 9 a.m. to 6.30 p.m., the exhibition is organized in collaboration with the General Council of the Hauts-de-Seine Department and also has a second venue: the House of Chateaubriand, in Châtenay-Malabry. Here the public will be able to admire nine pictures, also belonging to the Custody. The lengthy work of preparation for the Paris exhibition began three years ago and in the end will also be of benefit for the nascent Terra Sancta Museum, which the Custody intends opening in Jerusalem in 2015.