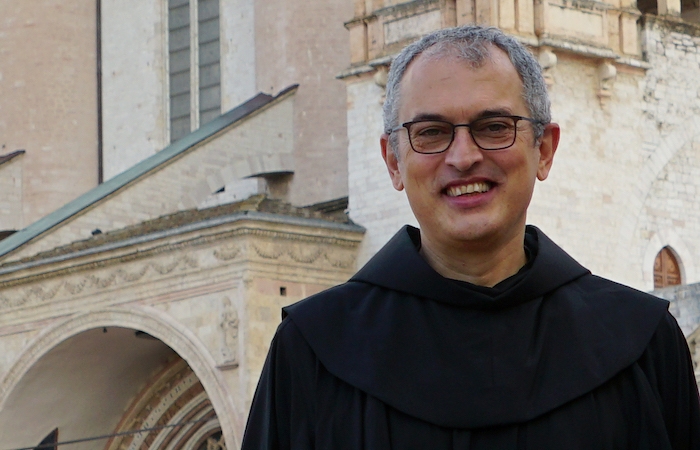 The visit to the Holy Land by the new Minister General of the Order of Friars Minor, Fr. Massimo Fusarelli, and of the Vicar General of the Order, Fr, Isauro Covili, starts today, Wednesday 20 October. Until 25 October,St Francis of Assisi’s successor –elected in Rome on 23 July last–will be visiting, for the first time since his election, the Holy Places linked to the Status Quo and various situations in which the Franciscans of the Holy Land are engaged.

According to the busy programme, the Minister General will start his visit in Jerusalem with his solemn entry to the Basilica of the Holy Sepulchre, welcomed by the Custos of the Holy Land, Fr. Francesco Patton.

On the morning of21 October, he will preside a mass in the Edicule of the Holy Sepulchre and later will meet the young friars in formation in St Saviour’s Convent. The next day, all the friars of the Custody of the Holy Land will gather to meet the Minister General who, in the afternoon, will also take part in the usual Via Crucis through the streets of the Old City of Jerusalem.

During his stay, the Minister General of the Order of Friars Minor will also meet the Latin Patriarch of Jerusalem, His Beatitude Pierbattista Pizzaballa, the Apostolic Delegate His Excellence Mons. Adolfo Tito Yllana, as well as various brothers and sisters of the Franciscan family in the Holy Land. Fr. Fusarelli will also devote time to visiting some projects for the Local Christians, in which the Franciscans are engaged, such as the Piccirillo Centre in Bethlehem and the Terra Sancta School in Jerusalem.

“We feel the responsibility that the Church has entrusted to us in the Holy Land very strongly,” the Minister General told the magazineTerrasanta.“We have to consider the Holy Land as a medal or an earth that belongs to us. It is a gift that has been given to us and which we must take great care of. In the first place, in continuing to offer this vocation and this service to the friars. As Minister General, I want to commit myself to offering this services in the visits to the various provinces of the Order.”

In the interview, which can be read onlineand in full in the November/December 2021 issue of Terrasanta, Fr. Massimo Fusarelli also wanted to express his support to the friars of the Custody of the Holy Land in Syria and Lebanon, which he will soon be visiting. “I can see the commitment of the friars, their attachment and their fidelity to the people entrusted to their care. What can I say? Thank you on behalf of all of us. You are the living example of the Good News that we want to announce.”

Tag: Franciscans of the Holy Land

Consecrated life, light in the world