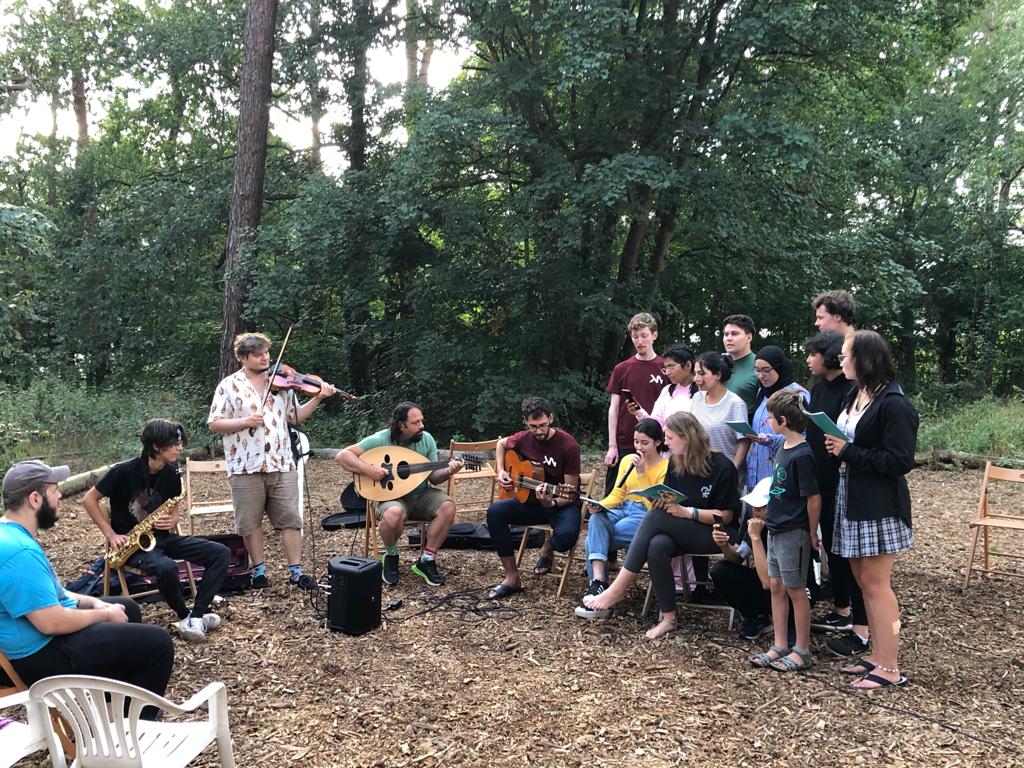 The interreligious project that brings together young Christians, Muslims and Jews in a summer camp characterized by mutual knowledge and overcoming barriers of identity through art, music and performance, was held again this year. This is the aim of the “Knüpwerk" project, now in its second year. The term "knüpwerk" means precisely entwining and embroidery, referring to fabrics woven with different and multicoloured threads, representing different cultures and identities.

The experience of this year, which took place in Germany, brought together sixty youngsters aged from 12 to 21, belonging to three intercultural organizations: the Magnificat Institute of Jerusalem, the academy of music of the Custody of the Holy Land which has always aimed to be a bridge between religions through the universal language of music,The Upper Room, an Austrian association which promotes the consolidation of the fundamental human values of personal growth, and the German organizationFaiths in tune, which every year organizes a festival of Religions in Berlin.

The aim of the 2022 summer camp was to foster the participation of young people in preparing and staging four theatrical scenes, using the methodology of “street theatre” to tell the Berlin public the story of "Esperanza",on the day of the festival held in the German capital on 28 August. Esperanza, a name which means “hope”, is a stage character who faces trials and situations of conflict, but nevertheless succeeds in finding the best solution to her problems, in a horizon of faith for a worthier future.

The preparation of the final performance took place in the picturesque setting of a lakeside town just outside Berlin. For six days this venue was transformed by the youths into an artistic workshop and a hotbed of creativity. The time they spent together was marked by daily prayers and by liturgical celebrations on the days of Friday, Saturday and Sunday, which were freely attended by all the different religious confessions, corresponding to the three monotheistic religions. The activities were conducted and organized by a group of leaders: Fr. Alberto Joan Pari, ofm, director of the Institute, Dr Giuliana Mettini, deputy director, and Danylo Kolasa, an Austrian seminarian and volunteer at the school, were present for the Magnificat. In particular, a delegation made up of eighteen people left Jerusalem. In addition to the three leaders, there were the students of the  Magnificat and some youngsters from the Kehilat Zion synagogue.

On the days of getting ready for the performance, the boys and girls were able to meet various professionals and experts who, with their contribution and their testimonies, enhanced the preparation of the show, acting as points of reference and inspiration. The guests present included a singer and composer who helped the youths in the creative composition, a Hindu artist, a Polynesian dancer and two musicians, one Israeli and one Syrian, who have left their countries and gone to Berlin with the purpose of overcoming barriers and divisions and make a living from music with their “Amjadquartet”.

The weekend in Berlin was then the occasion to stage the final result of the work of the previous days. The underground stations, the squares and the streets in the capita were turned into small stages where the youths were able to  rehearse and perfect their performances. When at last Sunday 28 came, the youngsters officially opened the day of the festival of Religions with the presentation of the four scene created together, joined by the title“Hopebeyondborders”at the  "Ufabrik" cultural and drama centre of Berlin.

In addition to the excellent experience by the youngsters, the success of the initiative consisted of bringing together different religious and cultural souls and sensitivities, in order to show that a genuine dialogue and understanding between human beings disregard whether individuals belong to a particular group, and strengthened the idea that there are no barriers that cannot really be overcome. Art, music and the performing arts were the grammar of this inclusive language, which was transformed into a universal language capable of communicated a message of fraternity, friendship and peace. 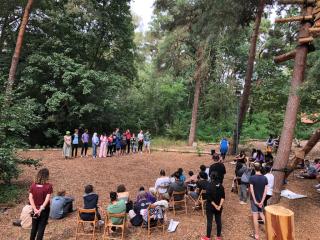 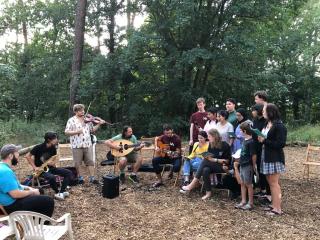 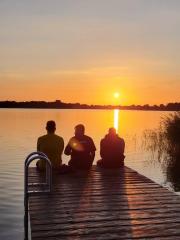 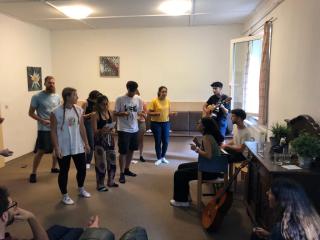 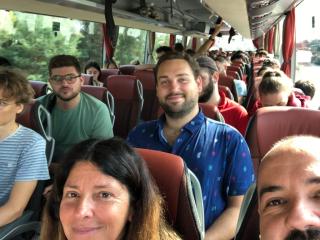 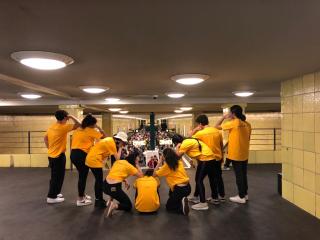 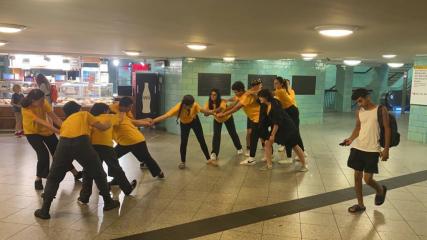 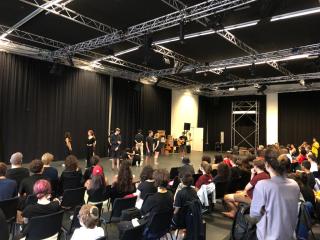 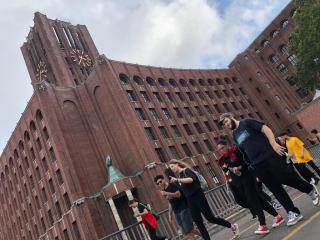 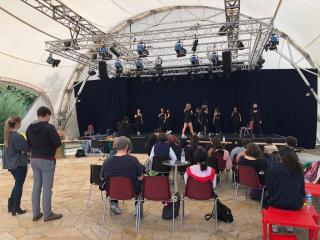 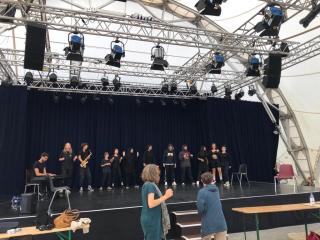 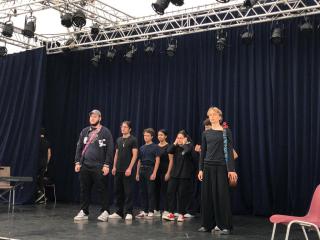 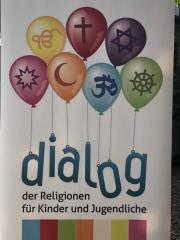 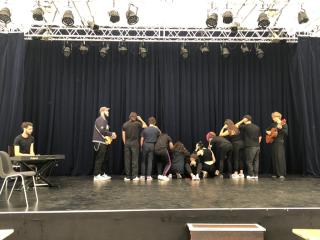 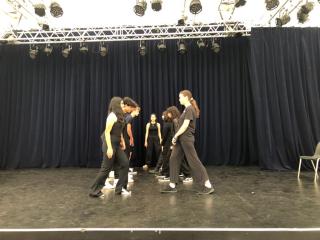 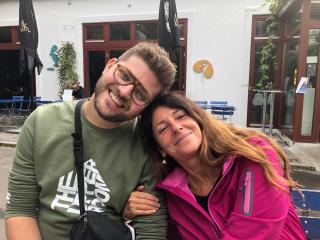 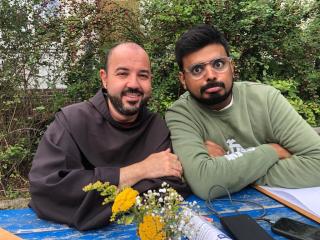 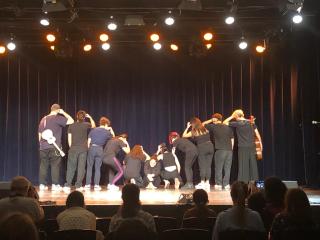 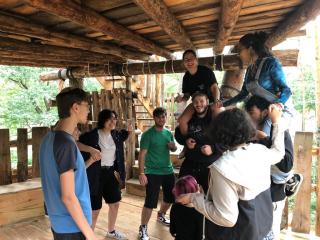