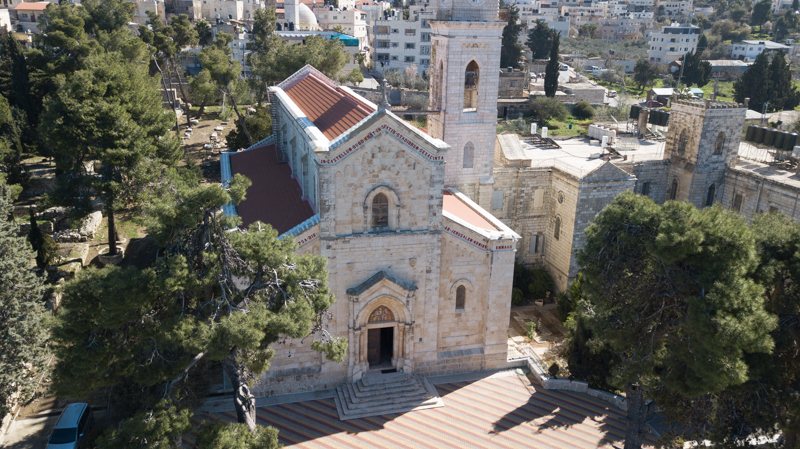 The tradition accepted and followed by the Franciscans of the Holy Land identifies this sanctuary with the memory of the appearance of the Resurrected Lord to the two disciples of Emmaus, Cleopas and Simeon.

"Were not our hearts burning (within us) while he spoke to us on the way and opened the scriptures to us?"
Luke 24:13-35

The place where Jesus appeared to two disciples after the Resurrection, one of whom was named Cleopas, is described in the Gospel by its name (Emmaus), its type (village) and its distance from Jerusalem (60 stades, which according to the best texts is seven miles or eleven kilometers).
These indications notwithstanding, in different periods various places have claimed to be the real Emmaus of the Gospel. Among these, El-Qubeibeh has been confirmed by the little stream of tradition for the past 700 years, up to the present day.
The ancient Church, beginning in the third century (Origen, Eusebius, Jerome, etc.) instead identified Cleopas’ village with the city of Emmaus (Nicopolis of the year 70 AD) that figures in the story of the Maccabees (1 Maccabees 3:40-57; 4:3; 9:50). It should be noted that the name of the site corresponds, but not the type and the distance because several biblical texts put it at 160 stades (30 kilometers).
In the Crusader period (12th century) a site at the proper distance from Jerusalem was sought and so the Fontenoid castle (ancient Kiryat Ya’arim, today’s Abu Ghosh) was suggested, but the new location did not take hold. On the other hand, El Qubeibeh has been the only site since the 14th century and the Franciscans adopted it. The village’s topographical situation, located on one of the roads that mount to Jerusalem, certainly influenced the choice of the site, as well as the possible persistence of the local tradition.

The apparition to the disciples of Emmaus

As they approached the village to which they were going, he gave the impression that he was going on farther. But they urged him, "Stay with us, for it is nearly evening and the day is almost over." So he went in to stay with them. And it happened that, while he was with them at table, he took bread, said the blessing, broke it, and gave it to them. With that their eyes were opened and they recognized him, but he vanished from their sight. Then they said to each other, "Were not our hearts burning (within us) while he spoke to us on the way and opened the scriptures to us?"
So they set out at once and returned to Jerusalem where they found gathered together the eleven and those with them who were saying, "The Lord has truly been raised and has appeared to Simon!" Then the two recounted what had taken place on the way and how he was made known to them in the breaking of the bread.

In 1861 the site was purchased by the Marchioness and Servant of God Paolina de Nicolay and donated to the Custody of the Holy Land. Successive excavations enabled the discovery of the remains of the crusader basilica with "Cleopas’ house" in its northwest corner and a few houses of the medieval village along the road.

Guide. In the Paschal Mystery of the Lord Jesus, God the Father brought his loving plans to completion through the action of the Holy Spirit. Filled to overflowing by his goodness, let us address our faithful prayer to our Heavenly Father. All: Hear us, O Lord.

1. For the Church, that at the table of the Word and the Eucharist it may receive abundant strength to announce Jesus’ victory over sin and death. Let us pray:
2. For the people of Israel, that they may recognize in Jesus the suffering and glorious Messiah announced by Moses and all the prophets. Let us pray:
3. For the leaders of peoples, that they may respect, promote and defend human rights and religious liberty. Let us pray:
4. For all those who believe in Christ, that humbly listening to the Master may make them capable of following the road that leads to full communion. Let us pray:
5. For all those who are seeking the truth, that in Jesus who makes himself a pilgrim at the side of every person they may recognize the one who gives sense to human existence. Let us pray:
6. For ourselves and all pilgrims, that in the Word and the Eucharist we may be able to recognize the living presence of the Resurrected Lord. Let us pray:

Guide. Holy Father, who in Jesus Christ and the Holy Spirit give yourself totally to us, grant us the grace to accept the Master who became our traveling companion. May he give light and heat to our hearts. He who lives and reigns forever and ever. All. Amen 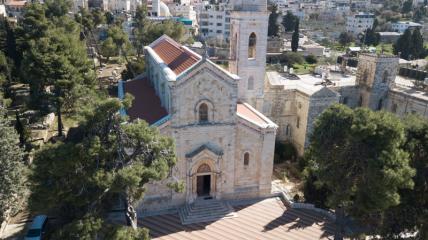 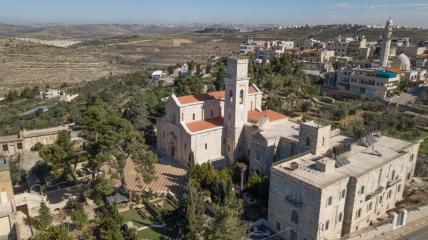 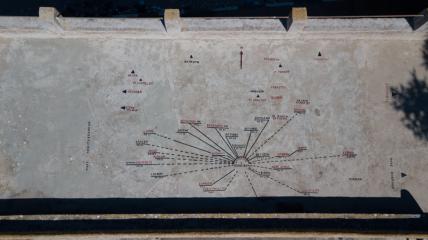 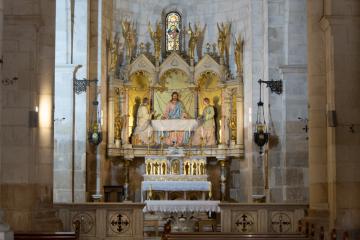 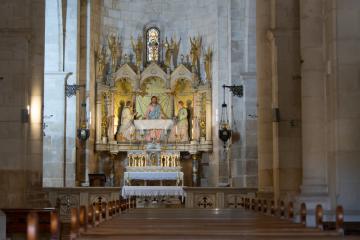 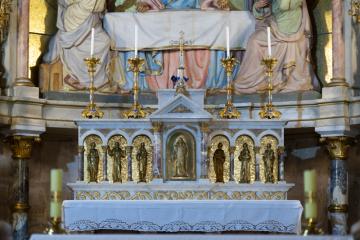 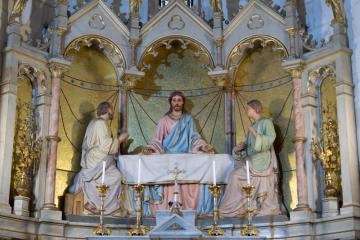 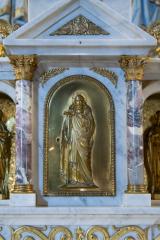 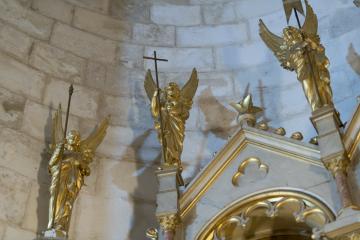 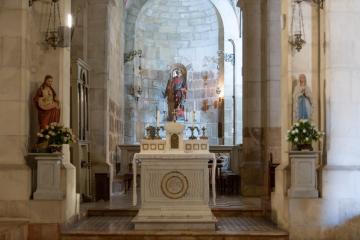 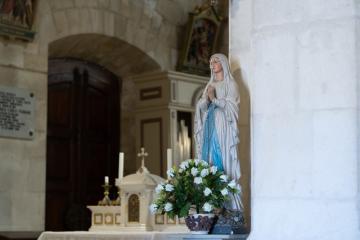 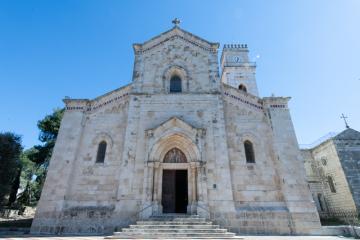 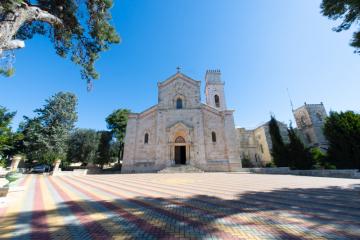 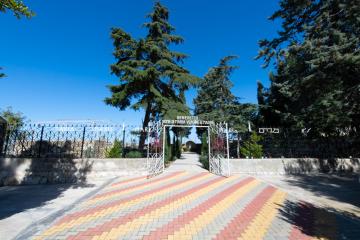 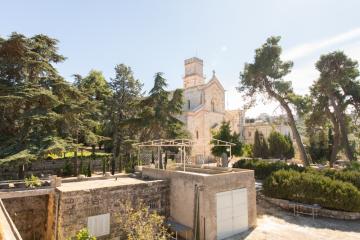