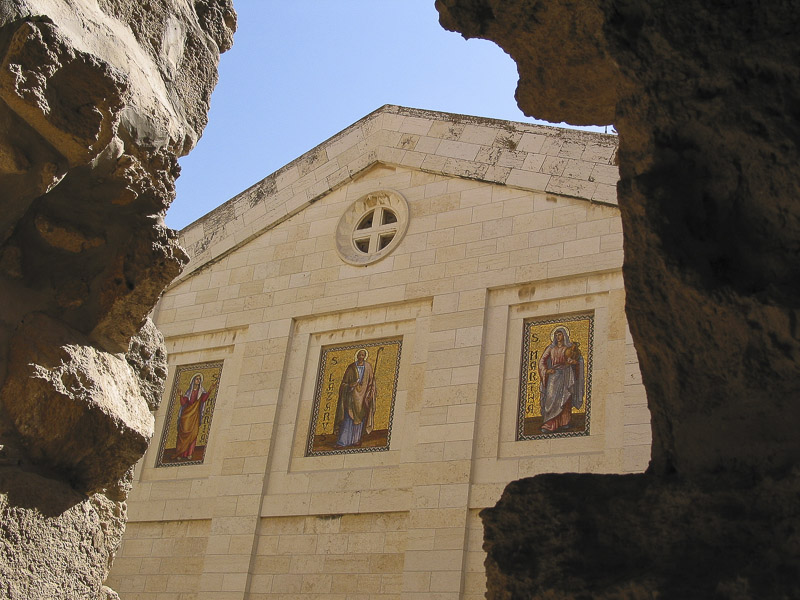 Bethany, home of friendship, welcome and hospitality. They celebrate Lazarus, Mary and Martha, the friends of Jesus who have often hosted him here.

Br. MICHAEL SARQUAH, ofm
Superior Shrine of Bethany
"This place is also called "the house of friendship", because Mary, Martha and Lazarus were friends of Jesus. Every time he went from Jerusalem to Galilee or from Galilee to Jerusalem he stopped here by this family, so this is a very important place for Jesus."

Even in this small Palestinian town, pilgrims have not arrived for months. During the solemn mass presided by Br. Marcelo Cichinelli the church is half-empty, but the Franciscans of the Custody do not renounce the various meetings of the day.

Bethany is in fact also the place where Jesus resurrected Lazarus. Early in the morning the Secretary of the Custody of the Holy Land descends the narrow stairs of the tomb of Lazarus to celebrate Mass.

Br. MARCO CARRARA, ofm
Secretary Holy Land Custody
"In this period of difficulty, of uncertainty, in which this pandemic has upset our plans, being able to celebrate in the tomb of Lazarus also has the meaning of being able to begin a new life, to be able to rise with Christ and thus to resurrect hope, strength, to be able to move forward in this period."

It is the first stage of a special pilgrimage, traditionally made by the Franciscans on this occasion.

Br. MARCO CARRARA, ofm
Secretary Holy Land Custody
"To emphasize the importance and sacredness of the place after the celebration in the church we come on pilgrimage here to the tomb of Lazarus, where the Gospel of the miracle is read. So in ancient times people continued on foot...today this tradition has been maintained, so this pilgrimage to the Mount of Olives is made."

The road is the same since ancient times, led from Bethany to Jerusalem: a short route, if it were not for the separation wall that today forces a long alternative route by car.
Thus the pilgrimage arrives at the small chapel of the Ascension, and finally ends at the Shrine of the Pater Noster where the most famous prayer of Christianity, taught by Jesus himself and reproduced on its walls in all the languages of the world, resounds.