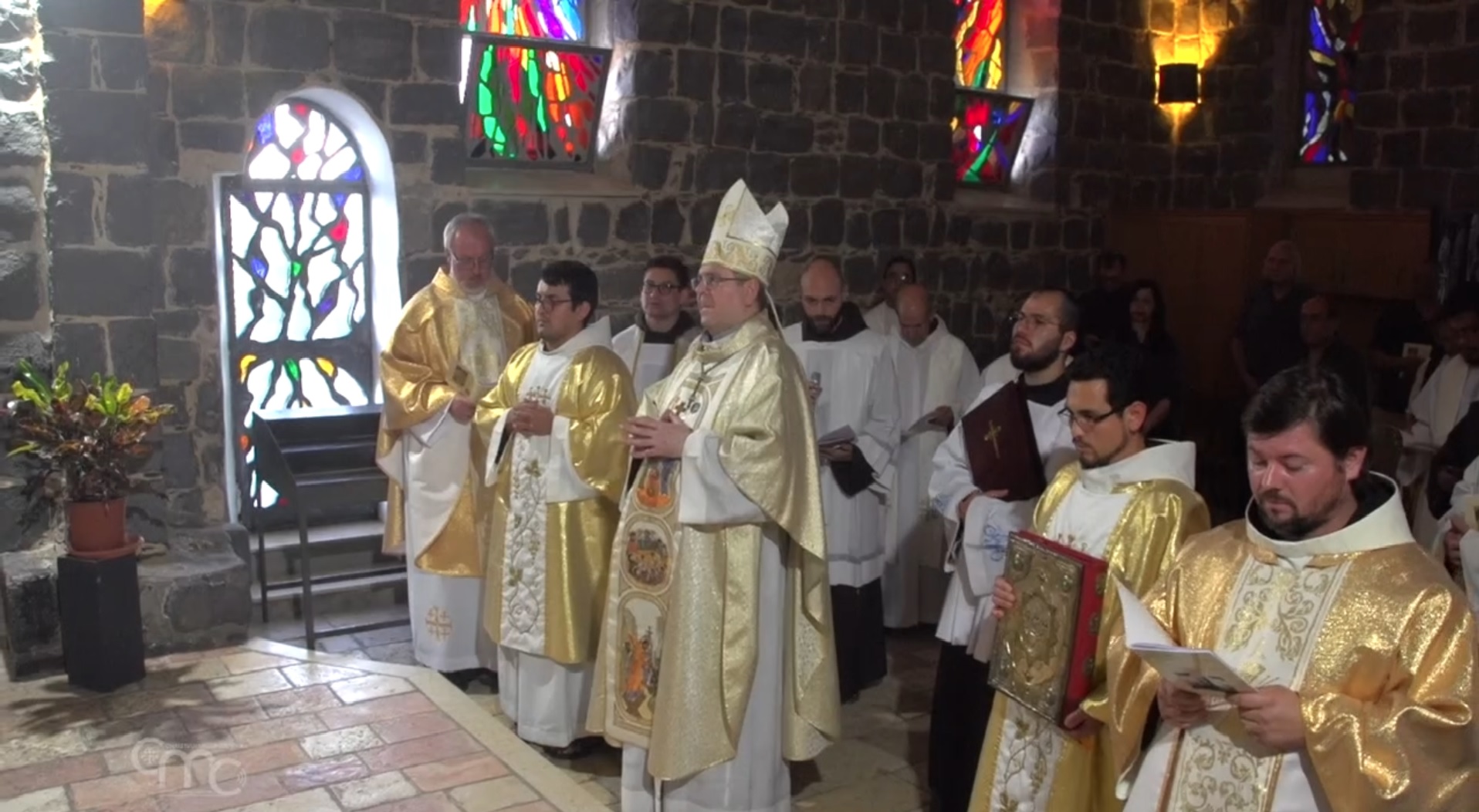 "Simon, son of John, do you love me more than they do?" This is the question Jesus asked Peter at Tabga on the shores of the Lake of Galilee.

And it is here, in the place that recalls the apparition of the Risen Christ and the conferring of the Petrine primacy, that Brother Francesco Patton, Custos of the Holy Land, presided over the Eucharist.

At the end of the celebration, the friars went to the Chapel of the Primacy.

In his homily, Brother Francesco Patton defined the primacy of Peter as the "primacy of love", and underlined: "Peter is questioned about love, he is asked three times if he is capable of full and unconditional love and he is only able to say: "You know I love you".
"The primacy of love is not the primacy of presumptuous love, but of humble love that has passed through the experience of one's own fragility. In fact," continued the Custos, "the love that we human beings are capable of is a love that needs to grow."

This year the celebration of the Primacy of Peter coincided with the feast of St. Paul VI, the day of his priestly ordination in 1920.
He was the first Pope to come as a pilgrim to the Holy Land and visit the Church of the primacy. It was 1964 and the Successor of Peter was able to touch the waters of the Lake, which - like this year - were of an exceptional level.