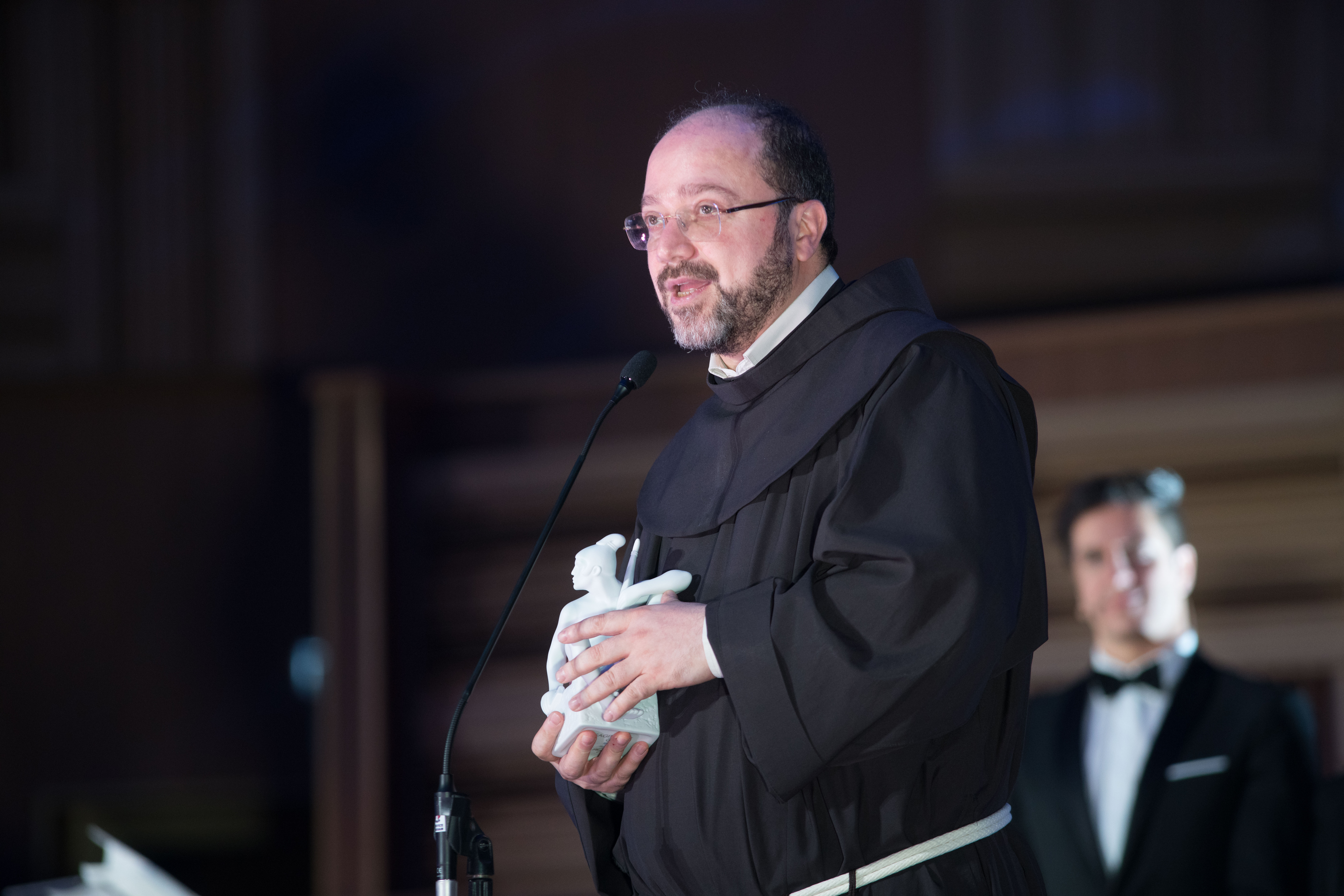 Br. Ibrahim Al Sabah was awarded the prestigious prize for the bringers of peace, legality and culture the “Magna Grecia Awards.” The award, now in its 21st edition, was presented to him in Bari, Italy, on May 26, in a ceremony that included the participation of illustrious Italian guests. Award-winning writers, journalists, actors and stars were among those present. Br. Ibrahim, on the other hand, received recognition as the “witness to a war that continues to exterminate civilians; his mission in that territory is a means of dialogue, caring and peace,”

The parish priest of the Latin church of St. Francis in Aleppo is also in Italy for the release tour of his new book. After the release in 2016 of "An Instant Before Dawn", on June 7 his new book "Morning is Coming"' will be released in Italian bookstores. If in the previous book, he had written about life being under attack, with the continuous threat of missiles and snipers, now Br. Ibrahim introduces us to the great task of reconstruction. Aleppo’s night is not over; the fire has not died out under the ashes and death has not had the last word. Together with the parish priest from Aleppo, Elena Bolognesi, who is passionate Syria, its people and its Church, also collaborated on this book.

Br. Ibrahim will be in Italy until June 7 presenting his book. Among the stops on this trip from southern to northern Italy (with a stop in the Swiss canton of Lugano), he will also greet Pope Francis during the papal audience on Wednesday at the Vatican. A press conference will be held in Rome at the Delegation of the Custody of the Holy Land at 11:30 a.m. on May 31.

“What you have in my hands is much more than a book for me: it is a sign of the communion that unites the citizens of Aleppo, who are in tribulation, to every man and woman in the whole world, and especially to those who suffer,” wrote Br. Ibrahim in the preface. “This book was also written to strengthen the bonds created over the years with many friends, who have prayed for us and who keep every inhabitant of Aleppo and Syria—which has now become a dramatic existential place— in their thoughts and prayers. So many friends with a big heart ask about us, about our lives, our wounds and our hopes. These pages manifest the desire to deepen the communion with everyone, to be “one heart and one soul.”

Fr. Patton in Florence a Church at the service of the “Culture of Peace”