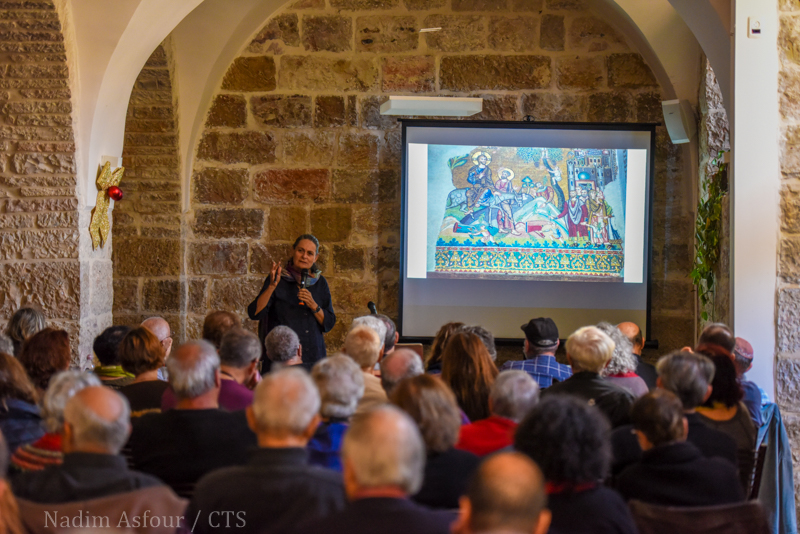 On Friday 20th December, the Casa Nova in Ain Karem hosted the now annual Christmastime conference, organized by the local Jewish community in collaboration with the Franciscan  convent of St. John.

In the wake of the enthusiasm of last year, when Christmas in relation to the Jewish holiday of Hannukkah was studied in depth, this year’s topic was “the celebration of Christmas”. Various experts and researchers offered detailed information for the Jewish community on one of the most important Christian solemnities, approaching it from several points of view: artistic, historical, spiritual, and theological, not forgetting scientific references.

The meeting opened with greetings from the Custos of the Holy Land, Fr. Francesco Patton, who introduced the work. "Today we are gathered together, Christians and Jews, in a spirit of friendship and reciprocal understanding,” said the Custos, “May the Lord bless this meeting and may this initiative help us understand how we can share and construct together, in the name of our common roots;  may the light of Hannukkah bring hope, truth and freedom to all.”

The introduction was followed by the speakers. The morning was opened by the Israeli historian and expert in Christianity Yisca Harani, who spoke of the restoration and the latest discoveries in the Basilica of the Nativity. Henri Gourinard, a historian and teacher at POLIS, the Jerusalem Institute of Languages and Humanities, then presented his in-depth research on pilgrimages, with a particular focus on the Islamic tradition regarding the birth of Jesus, followed by Fr. ApolinarySzwed, a Franciscan and in charge of the Hebrew-speaking community of the Convent of St Peter the Apostle in Jaffa, who presented the meaning and the Christian tradition  of Christmas. AlonOrion, representing the local council of the community of Ain Karem, concluded the meeting speaking of St Francis and the nativity scene. "Some time ago, we had a meeting with the Custosand fifteen members of the local council and everyone agreed on the fact that usually, in Ain Karem, all the convents are surrounded by walls and that is the only thing that we can see, “ said Olon. "Here, on the other hand, the door is always open, and I am not speaking only about front door, but also the door of the heart: here it is open all the time, we feel welcome, we have found great friends."

At the end of the conference, Fr. Seweryn Lubecki, director of the Terra Santa Lodge (Casa Nova) and organizer of the meeting together with the local community, offered a taste of the fresh pasta he had made, followed by a performance by the youngsters of the “Magnificat” music school of the Custody of the Holy Land.

"We know how difficult it is to keep up this type of relationship, therefore even the smallest signs are to be welcomed, accepted and treated with care,” commented Fr. Seweryn Lubecki. "With these meetings, we are aiming to create a relationship of simple friendship, where it is possible to exchange ideas from different experiences. We are taking very small steps together, without counting the numbers; we are only very pleased that this year again  the meeting has gone well and we are working so that a tradition is created." 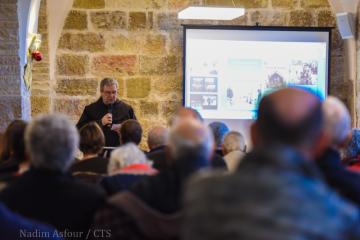 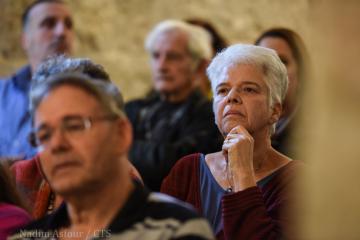 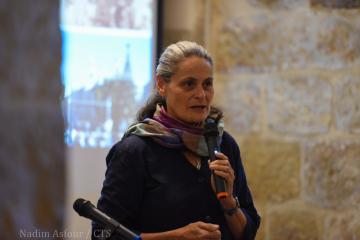 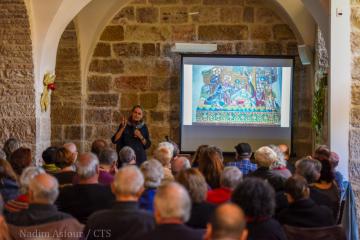 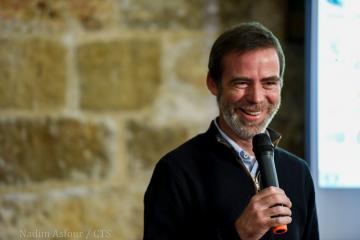 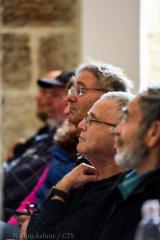 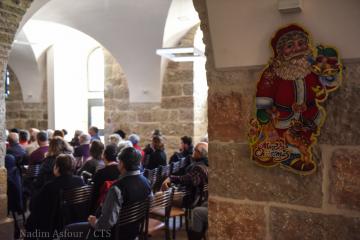 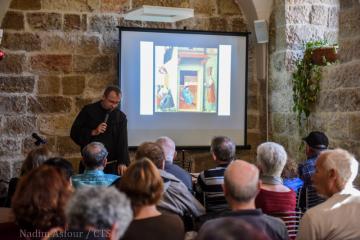 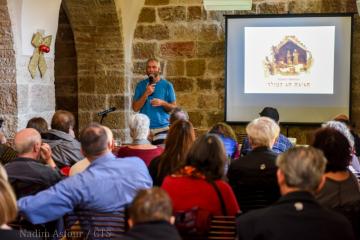 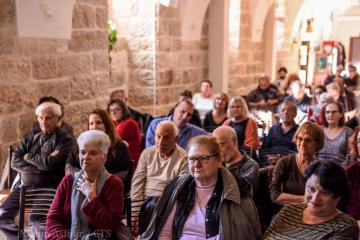 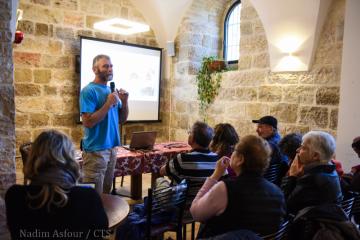