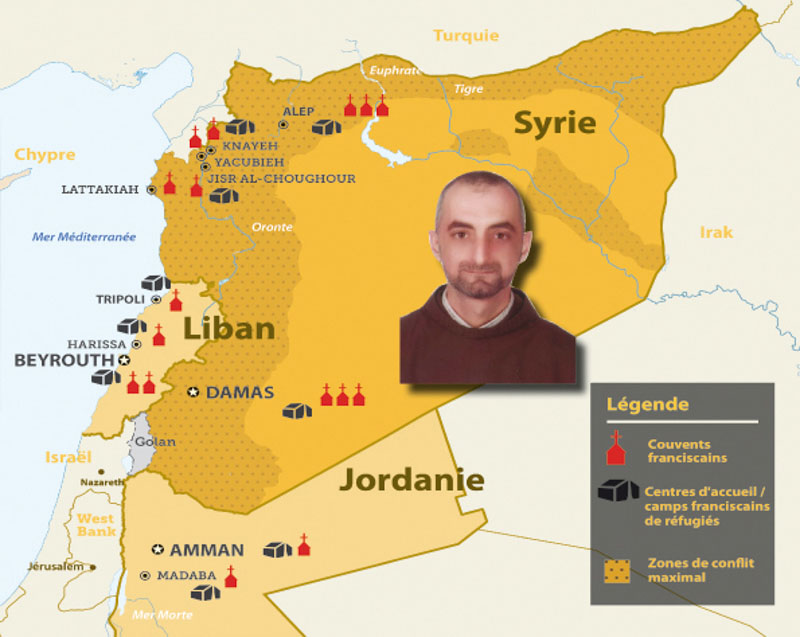 During the late afternoon of Saturday 4 July, we lost the contact with Father Dhiya Aziz, an Iraqi Franciscan of the Custody of the Holy Land, parish priest at Yacoubieh (Province of Idlib, district of Jisr al Chougour, Syria).

Some militants of an unknown armed brigade, perhaps connected with Jahbat al-Nusra, came to take him away for a brief interview with the Emir of the place. From that moment we do not have any more news and we are unable to trace his where abouts at the present moment.

We are doing everything possible to locate the place of his detention and secure his release.

We entrust him to the prayers of all.

The Custody of the Holy Land

------------
Fr. Dhiya Aziz ofm was born at Mosul, the ancient Niniveh, in Iraq, on 10 January 1974. After some studies at the Medical Institute of his city, he embraced religious life and after the novitiate at Ain Karem he made his first profession of the religious vows on 1 April 2002. In 2003 he transferred to Egypt, where he remained for many years. In 2010 he came back into the Custody and was sent to Amman. Subsequently he was transferred to Syria, at Lattakia. He then rendered himself voluntarily willing to assist the community of Yacoubieh, in the region of the Orontes (province of Idlib, district of Jisr al-Chougour), which has become particularly dangerous since it fell under the control of Jahbat al-Nusra.